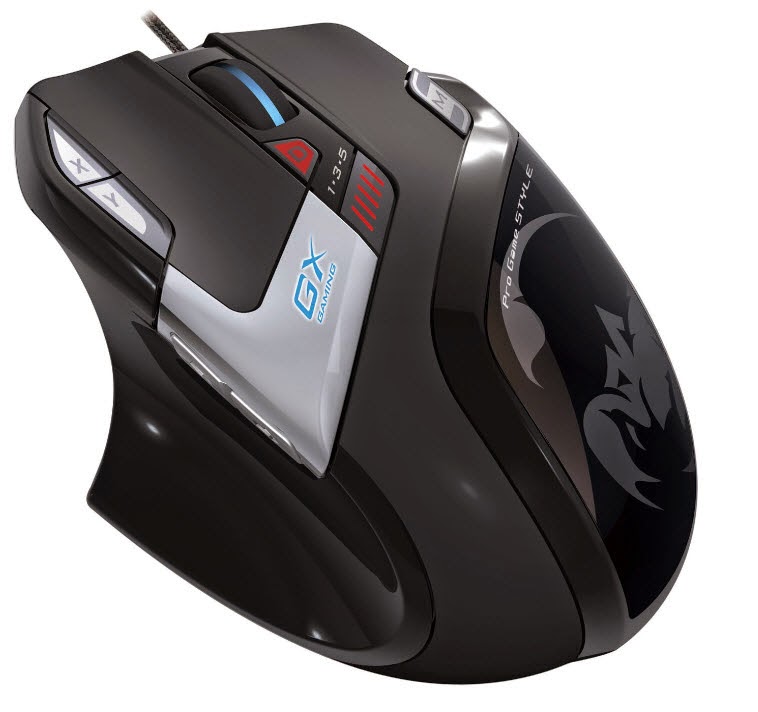 If you’re going to talk about the basics of what a gaming mouse should do, the Genius GX-Gaming DeathTaker actually does just about everything you would ask of it. The end result is a good, but not great gaming mouse that has plenty of nice features but does not do a great deal to separate itself from the front of the pack.

Aesthetically, I actually like the look of the DeathTaker, and it feels right at home next to my Manticore keyboard gaming keyboard. Red, black and grey tend to be my favourite colour combinations and the customisable lighting gave it a nice visual flourish that complimented the overall look of the mouse. The DeathTaker has nine buttons in all and a nicely braided cable that give it a nice finish.

The programmable buttons are nice and easy to customise with the software, and having nine of them is a significant number (since a lot of higher end mice only ring in with five to eight). The buttons themselves do leave a bit to be desired, however. While the primary right and left mouse buttons clicked just fine, some of the other buttons (X and Y in particular) took more work to depress. I found myself having to push at least halfway on those two before the actions would take. Of course you do not want to have overly sensitive buttons either, but this particular model fails to find the middle ground.

The DPI on the DeathTaker does not go quite as high as some other mice, capping out at 5700 – which is still plenty fast. There is onboard memory as well, which is always a nice feature as it can help prevent command collision and game block.

The form of the mouse is actually quite interesting. It’s shorter and wider than some of the others I am using. The width likely helps to accommodate all of the extra buttons, and actually feels comfortable against my palm, though I do wish it was a bit longer as my fingers feel like they are hanging off of the top end a bit unless I slide the base of my palm down so far it is nearly on the mouse pad.

There is a very nice texturing with material being used where the thumb goes along the left side of the mouse, but I almost wish that same material was used on more, if not all, of the rest of the mouse. The surface plastic also feels cheaper than I would like, though it has proven plenty durable after dozens of hours of use and shows no sign of breaking down.

There is one rather cool innovation I have not seen in any of my other mice yet, but you can actually add small weights to the mouse. When the DeathTaker is completely empty, it is incredibly light – too light in my opinion. Adding the weighs does give the DeathTaker a more substantial feel when it is in use (I put in all six of the 4.5g weights and left them in).

The Genius GX-Gaming DeathTaker was clearly built with gamers in mind, from lots of programmable buttons to a responsive, adjustable tracking speed. It looks nice, but the design is not my favourite and the buttons themselves are just a bit more stubborn than I cared for. Certainly a solid option but not the best in class either.

This mouse can be found here