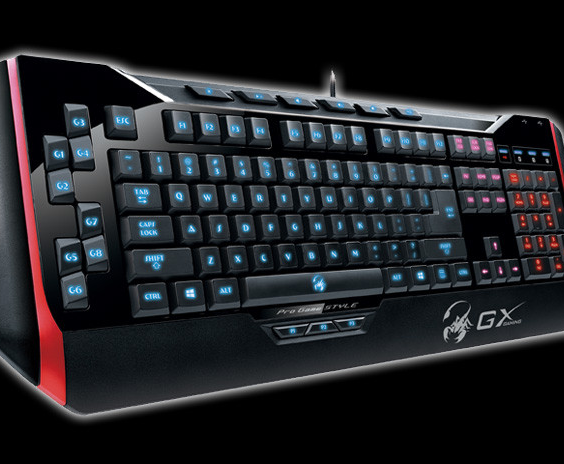 There are a handful of variables that can impact how much you enjoy the PC gaming experience. Much of it starts with the rig itself and whether or not it can handle the games – or perhaps push the boundaries of what the game is capable of in terms of graphics and sound.

However, there are important pieces of hardware to consider on the outside as well, such as your display, the mouse, the controller and the keyboard. If anything, that keyboard is the most critical thing of all, as you’ll be spending so much time working on it even if you’re not playing games.

The Genius GX-Gaming Manticore Keyboard has a mouthful for a name, but the keyboard itself stacks up nicely with an abundance of features. The most notable thing once you get the keyboard plugged in and the software drivers installed (supplied on a disc that only takes a minute or so to install), are the various backlighting options for the keys. I have a tendency to keep my den incredibly dark (my wife refers to it as a cave), and while I am a proficient enough typist that I do not need to see my keyboard for general writing, when playing a game and using those edge keys more frequently, being able to see them is very nice indeed.

The lighting looks great as it passes through the keys. Additionally, the lighting can be configured among three different sets of keys independent of one another, with all the colours of the rainbow available. Aside from just being able to control the colour, there are four different brightness settings as well. Additional effects such as pulsating versus solid illumination certainly make the Manticore one of the flashier keyboards I have had a chance to use.

The Manicore requires two USB ports to hook it up, but it also has a couple of USB ports on it, which is hand if you like to keep your headphones or mouse closer by. That being said, there are no 3.5mm jacks for microphones or headsets. 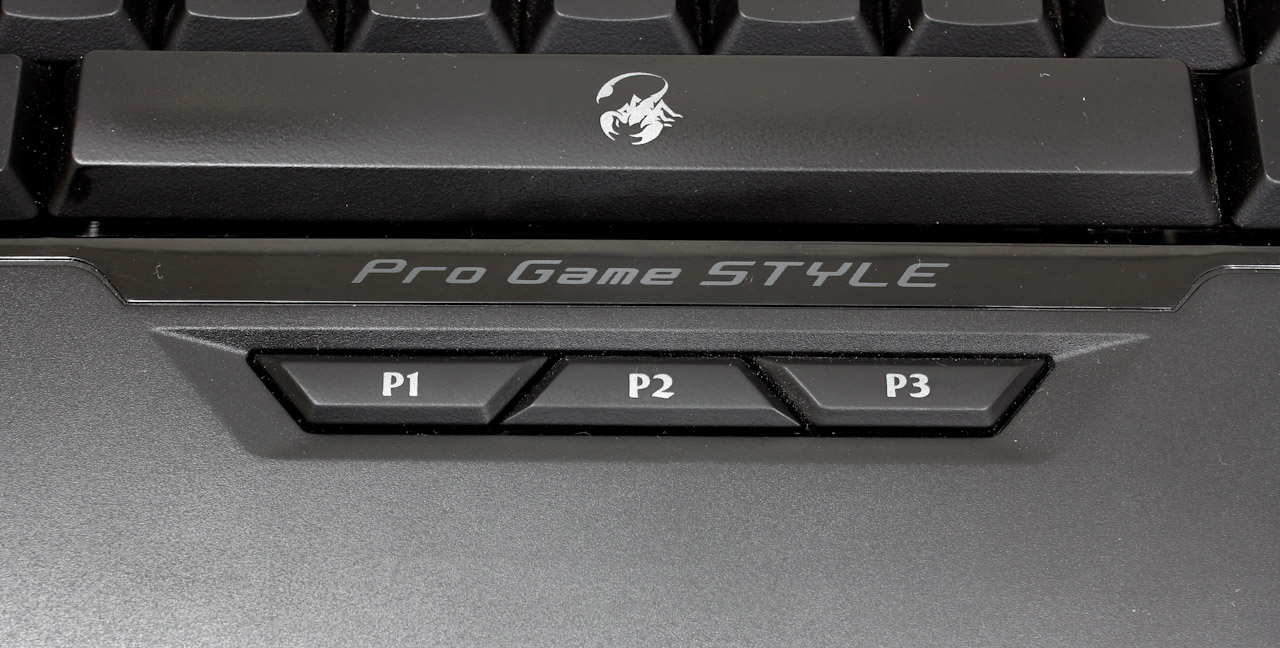 The keyboard itself has a trio of profiles, all button activated near the bottom of the keyboard. These allow you to have different lighting and saved macro combinations, so you can toggle back and forth between your favorite titles very quickly. The programmable macros are very easy to set up, and the keyboard has its own integrated memory chip to help prevent command bottlenecks from occurring as it stores your string of commands.The only downside to this that I saw was that every now and then (maybe one in a hundred uses), something odd would occur and the macro keys would stop working. Unplugging the keyboard and plugging it back in resolved this though, and it only occurred a handful of times, but I felt it was worth noting.

Beyond the programmable macro keys, there are some easy access media shortcuts as well. As for how the keyboard itself works, it is very responsive. It is not a true mechanical keyboard, but a ‘simulated mechanical’. It still relies on a membrane, but whatever they did with the design, it certainly feels more precise than any other membrane keyboard I can recall. Also, ghosting is not a concern as it is capable of handling up to twenty keys.

The build of the keyboard is also quite excellent. It is light, which is great for putting on my lap. The only downside is that the keyboard itself is wider than I would like, and the keyboard’s edges press up against the arms of my chair. If it put it down flat on the desk however, it feels sturdy and substantial with a convenient palm rest built into the bottom. I am what I would consider a ‘hard typist’ – having learned to keyboard on an old fashioned typewriter, but the Manticore held up well to hours of typing straight without a single issue creeping up. It is also worth noting that there is some cable allocation allowances under the keyboard, that allows you to keep things a little tidier if you are concerned about too much loose cable hanging about. 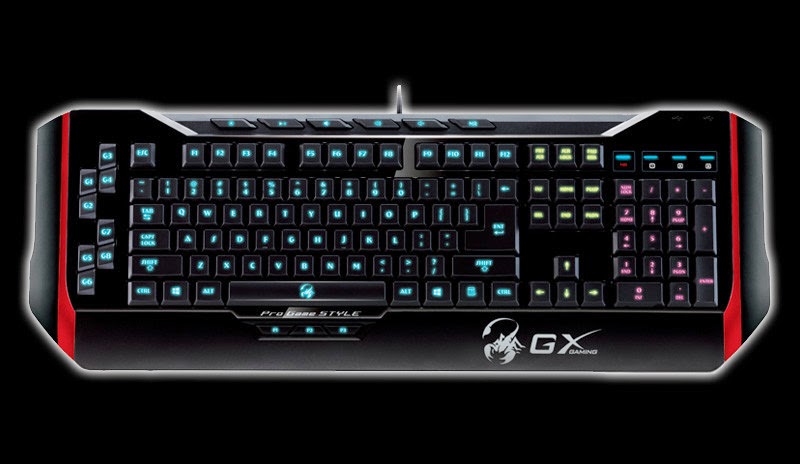 There are a few quirks to the keys themselves. Despite the wider keyboard, the keys themselves are narrower than I was used to. So for the first twenty minutes or so of writing, I was sometimes striking the edge of a different key than the one I intended, but after that it was smooth sailing. Perhaps the only other key that really bothered me was the backspace, which was sized like a normal key as opposed to the double width I am used to on more traditional keyboards, but that is a minor complaint (and offers me a good reason to typo less frequently). Considering that this keyboard is built for gaming however, it makes sense that additional focus was given to things like the macros and less emphasis on the writing aspects of it.

Given that the Genius GX-Gaming Manticore Keyboard lists for about eighty dollars on Amazon, everything about this keyboard feels like a great value. The backlit keys, easy to use software interface, sturdy build and variety of macro options offset a handful of smaller concerns that crept up such as the key size, width of the board itself and the rare instances where the macros stopped working.

This gadget can be bought on the G-Gaming website