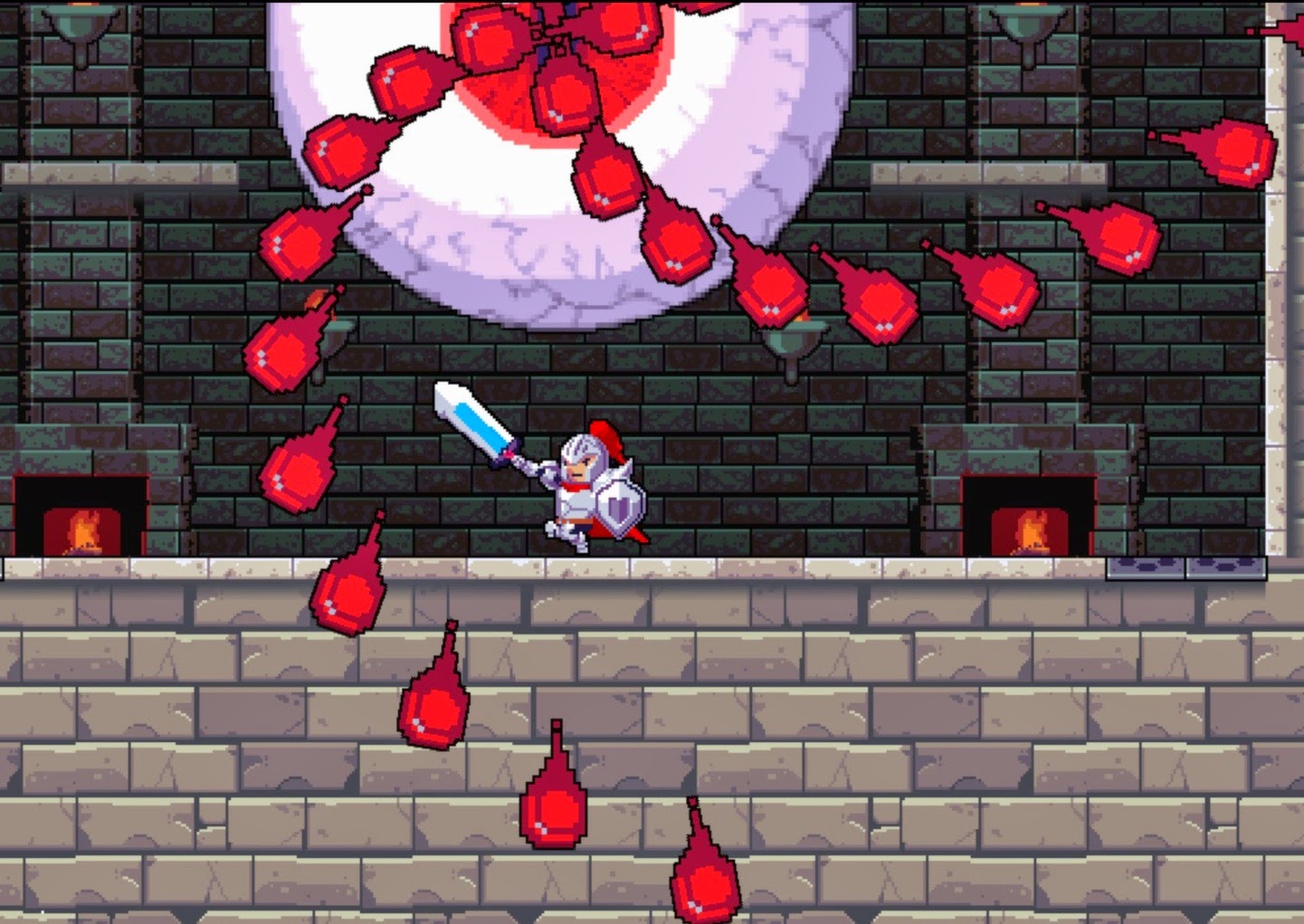 Heralding itself as a “rogue-lite,” Rogue Legacy comes clanking its way onto the PlayStation Vita, bringing its unique genealogy-based, retro platforming action to the portable console for great hardcore gaming on the go. It’s a game with seemingly endless personality and replay value, so be sure to keep a charger handy – this one is hard to put down.

What, exactly, is a “rogue-lite”? And what’s this “genealogy-based platforming action” that I speak of? Rogue Legacy is a smorgasbord of several different genre elements all beaten and banged into one unique style, that, well, simply is Rogue Legacy. First and foremost, it is most definitely a roguelike. The hammer of death comes painfully often, especially in the early goings of the game, while procedural game play and permadeath are both present and accounted for. Yet, it’s what happens once your hero dies that’s really the charmer here. Similar to Chair’s iOS smash hit, Infinity Blade, once a hero falls in battle, the next of lineage steps up to challenge this perilous castle. But this game’s heroes are different to the ones in Infinity Blade. These ones have personality.

In Rogue Legacy no two heroes are ever the same? Some heroes have ADHD and can run much faster than others and then there are heroes that are so gigantic that they can take a hit from the largest of enemies and not get knocked around (just don’t tell them how slow they move around, lest they get angry). And then, well, there are those heroes that have really bad gas and even some who are clinically insane and see things that aren’t actually there. Some heroes, in fact, are actually scared of chickens. No, it’s very clear that no two heroes are ever really the same. 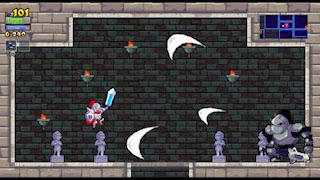 Rogue Legacy uses its genealogy system splendidly. Each new game allows the player to select from one of three different heroes, each with their own unique player class, spell and personality traits. For instance, while the colour-blind barbarian hero turns the play screen monochrome, this character has extremely high physical stats and is a fantastic character for tackling the game’s massive bosses; meanwhile, the feeble miner that has dwarfism lacks the physicality of the barbarian, yet his small stature lets it fit into the tiniest of places to gain loot that would otherwise be unreachable. This is a major advantage considering that the miner class already collects more gold as he plays. There’s no telling what the next batch of heroes will have in store and even after 25+ hours of time in the game (between PC and consoles) I’m still periodically encountering new traits. Not only does this bring great variety to the game, but it breathes a needed spirit of humour into this title that is so unapologetically hardcore.

There’s yet another system at play in the way of an RPG-lite skill tree. This tree grants the heir of the deceased the gold acquired on the previous run to slowly increase all the characters’ base stats, as well as to unlock new perks and even powerful new player classes. Fans of the Naruto animé series will most likely jump for joy at the fact that a powerful Hokage class can be unlocked, fleshed out with a body replacement teleportation technique (fittingly turning the hero into a log). A blacksmith and enchantress can also be unlocked, and these operate as the game’s shopkeepers, allowing earned gold to be spent on new equipment and abilities once their respective blueprints and rune stones are found scattered throughout the castle.

Much akin to the game’s variety of personality traits, the complexity of player options in play style is equally as deep. Higher level equipment and rune abilities offer risk vs. reward styled perks, such as Vampirism, which finds significant health point deductions to grant back HP with each kill. Those who enjoy using magic will likely look to MP perks to keep a constant supply of mana for slinging spells as often as possible. The enchantress’ stones can also offer helpful double-jump abilities, a dash ability, increased movement speeds and even scale enemy stats to alter the game’s difficulty – simultaneously altering the amounts of gold found respectively – and the most powerful of stones will grant MP and HP to the player for each kill. All of these abilities and equipment perks are stackable and can drastically alter play styles. 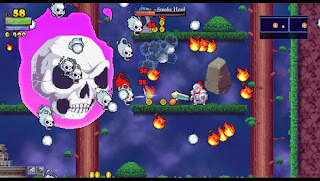 For a game that makes use of procedural generation, it might at first seem odd that each new game starts off in the very same place within the castle. After some time, other similarities will start to be realised: certain environments always seem to be located in specific parts of the map and there is even a certain room that occasionally appears with a readable book that explains the game’s light narrative. Not only will the environment be slowly learned and understood, but like all great old-school platformers, constant in-game training teaches the players how to approach each enemy type based on their attack patterns and making precision use of the heroes’ jumping and dash abilities can even find rooms generated with spiked floors being navigated with little to no difficulty. Perseverance is crucial to have any chance of seeing the deepest and darkest (and most lucrative) corners that the castle has to offer. Rogue Legacy is a tough game to master and only those looking for a significant challenge need submit their application to join this doomed family lineage.

The transition to gaming consoles has one certain concession that I truly miss. In the PC version of the game, there were rooms that could be found that told the back story to developer Cellar Door Games’ previous titles and the creation of Rogue Legacy. Being one that holds tremendous respect for indie developers, these rooms truly connected me to the passionate team behind this project, because these bits tend to not only be humorous and insightful, but open and honest to the team’s failures along the way. Behind every great video game is a team of extremely talented individuals that come together from both previous failures and successes; it’s a story that’s beyond the binding and pages of the book, so to speak.

They’re not in the console version of the game, and I truly miss these fragments, especially seeing how remnants (or reminders) of these rooms are found in the console release in a manner that merely offers a still picture of some of the game’s enemy types. Aside from that, there’s occasional minor slowdown to be found in the portable rendition of the game and I also came across a small bug that doesn’t allow for optional control settings to remain modified once the game is shut down and rebooted.

Cellar Door Games’ Rogue Legacy is inherently hardcore and unapologetically retro. It’s a game that should be marred by repetition, yet its careful blend of genres features such great variety and personality it’s near impossible to stop playing. It proves that procedural game play can create solid level layouts and it is sure to drain the battery life out of a person’s Vita over and again.