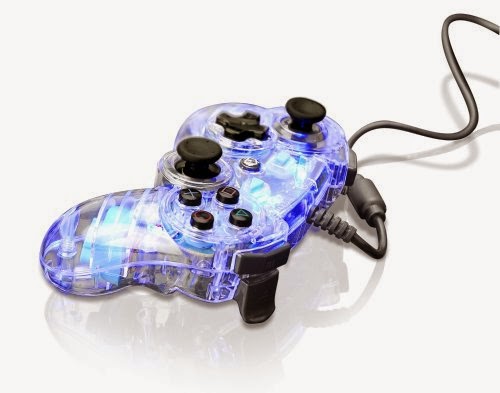 We have recently had a look at a couple of different Afterglow headsets, with the company’s primary gimmick being that the hardware is built with an internal glow. So, let’s take a look at another glowy peripheral! The PS3 Afterglow Wireless Controller has a glow that can be turned off, but as I usually play in a pretty dark room, the effect is a cool one. But of course that would be for naught if the controller sucked. This controller does not suck.

The most immediately notable thing was just how small the controller felt in my hands. I have fairly large hands and the traditional PlayStation 3 DualShock controller feels almost too small to begin with, and this Afterglow controller feels even smaller. Not ideal, though it worked well for my daughter and wife.

Even more unique for PlayStation controllers is that with this thing the analogue sticks are not evenly aligned. The left one is further up and to the left, with the directional pad taking its place – just like an Xbox controller. I have never had much of a preference for that left analogue stick’s placement, but for those that do, this is a nice alternative on the PlayStation 3. Sticking with the analogue stick conversation, the sticks are concave (again, I prefer this to the slightly rounded DualShock 3 and its convex sticks). My thumbs set in on top of the sticks better here than in many other controllers, with the added bonus that here the sticks are also rubberised (which is a stark contrast to the more plastic Rock Candy controller I recently reviewed). All in all, the stick design is really good, so it is a little disappointing that they are looser than I would like. They’re still accurate, but they just do not move quite as well as I would like.

Elsewhere the R2 and L2 triggers are elongated, making them more curved and like an actual trigger than is typical of PlayStation 3 controllers. These are pretty comfortable, and with the analogue sticks feel really well-constructed. The face buttons, however, are less ‘springy’ than I am used to in a controller. They never failed to work, but I was often left wondering whether the next time I pressed the button they would stop working. 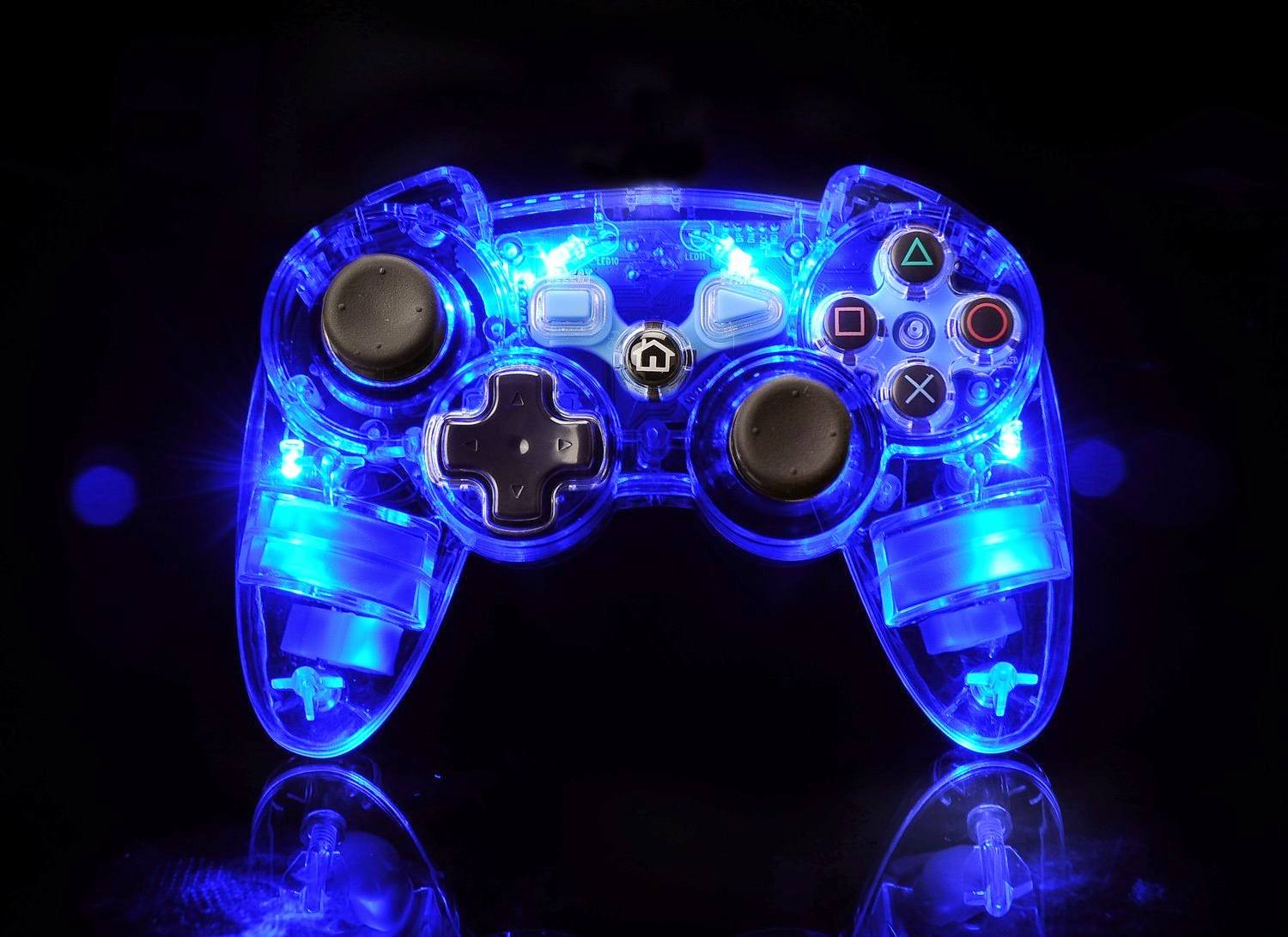 This is a wireless controller, and it relies on an internal lightweight battery as opposed to using AA’s like I have seen in some other thir party PS3 controllers. Overall it means the controller is lighter than some of its rivals, and if you need to plug it in to play and charge, you can use a cable to do so. I was able to play for a solid ten hours before it needed charging again. There is a dongle included with the controller that plugs into the PlayStation 3. Having the dongle and the charge cable plugged in can ruin the PS3’s USB port real estate, especially if you use two or more of these controllers, and so while they make a nice supplement to an existing supply of DualShock 3 controllers, I’m not sure how popular they will be for people with sharp local multiplayer demands.

One other thing to note for those new to third party wireless controllers, the Home button on these controllers does not turn the system on. It is a small thing, but worth noting since I usually use my DualShock 3 to turn my PlayStation 3 on. Otherwise the home button works exactly as it should. Also, this controller can be used with a PC. That being said, the default drivers that get installed are wonky and I would recommend using a remapping software program if you plan to use this for playing games on Steam.

All in all, the PDP PS3 Afterglow Wireless Controller is flashy, but it also has a fair amount of substance. It’s is not my favourite controller ever, but it is a solid offering that may appeal to someone who prefers a smaller controller or one with a more Xbox-like feel to the stick layout.