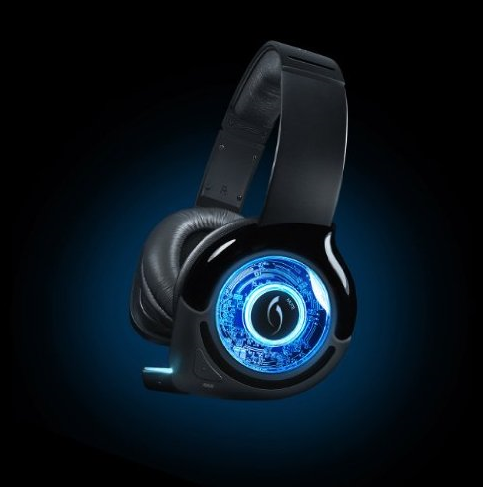 I live in a very crowded house, and everyone has their own things they are doing from television, to playing on their computer to talking on the phone to spending time with their video game console of choice.

There are five of us (if you do not count the cats, which often add a level of chaos to the existing noise themselves), and in the end it can be a real pain to try and hear what it is I am trying to play. A good headset can help with this, and a great headset not only solves a problem but makes the gaming experience better. The PDP Afterglow Prismatic Wireless Headset is a great headset.

I recently took a look at another Afterglow headset, the PL-3792 wired for Xbox 360. These were made for a specific console and by being wired, had some very specific limitations in place right out of the gates. There are of course advantages to wired headsets – you are not combating other wireless devices that may or may not cause your Internet or your sound to disappear over time, as I have in the past with a rather expensive set of Turtle Beach headphones. Thankfully this never occurred with the Prismatic Headset.

With all of those people in a very tech-forward household, we have no shortage of wireless devices running at any given time. We have laptops, iPads, iPhones, 3DS’, Vitas, game consoles and more that are in use at any given time. I myself am guilty of running my laptop at the same time as one of my game consoles while downloading stuff to another console or my PC (also wireless) while checking something on my phone, so I almost expect interference problems – but there were none with the Prismatic Headset.

So, concern number one resolved, I had a chance to sit down with this headset and try it on a variety of devices. Built to work on the Wii, Wii U, PS3, Xbox 360 and PC, the versatility was welcome from the get-go. It was easy to set up, and the battery on this headset lasts roughly ten hours. I am not really concerned about the colour effects of the headset, as they are on my head and therefore not really in my line of sight, but they do look sharp with a wide range of selectable colours. 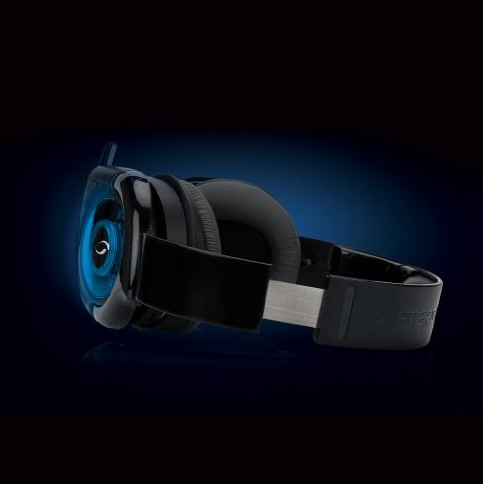 What I was more interested in was durability, comfort and audio quality.

In terms of durability, the Prismatic’s reinforced headband passes the initial tests. I put these things on and took them off lots of times, tugging at them from different angles. I also let my kids use them for a bit – which led to differing levels of ‘abuse’ – but nothing broke or bent. I do worry that the incredibly rigid plastic around the body might cause the headband to suffer down the road, but at least as of my testing there were no visible signs of wear or tear.

While I am talking about the design, there are a handful of very handy features to make note of. For one, this headset can be used with a 3.5mm jack on something like an iPhone or iPad, and it does not need any sort of external power source when used like this. My son – who is undoubtedly the hardest of all of my kids on headphones, made liberal use of these when he was gaming. He would set it up to play on the PlayStation 3, then set it up on the PC, and later while doing chores like mowing the yard, hooked his mp3 player up to it as well.

The audio itself is excellent, providing really solid bass that really growls and grumbles when it is supposed to, but it never drowns out the more mild mannered conversations that take place in a game or movie either. They also do an excellent job of simulating directional sound, which is a huge perk for gamers who play shooters and rely on surround audio to assist them in figuring out where shots are being fired from. The supported range is also excellent. My entertainment is fairly centralised, but I have a roughly 2,400 square foot house and I never had any crackling or dropped audio. 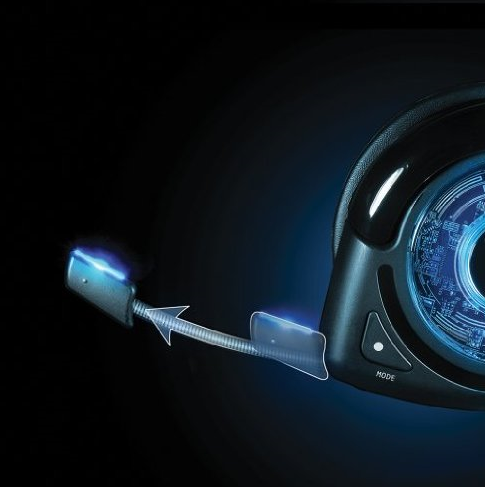 The microphone is retractable, and it has some nice LED indicators on it to help with quick visual recognition as to whether or not the headset is muted or not. The quality of the microphone is almost too good at times, however. It picks up my voice really well, with friends saying that they never have any trouble with the clarity – unless the room I am in is somewhat noisy as well. This microphone is so sensitive that it seems to pick up just about every last bit of ambient noise in the living room, from kids to cats to a fan running in the window. Even then, they can hear and understand what I am saying, but in those instances my buddies get a bit more white noise than they probably care for.

Last is the comfort aspect. These cups sit over the ears, which is almost always ideal. The Afterglow PL-3792 rested more against the ears, and did not envelope them. The plus side is, my ears never felt warm or sweaty with that headset, and that can occur with these cups until you get used to them. However, they do an excellent job of keeping the sounds where they belong. External sound stays out of my listening experience (yay! I love my family, but goodness they can be loud…) and I hear everything that I am supposed to from the game itself.

The reinforced band and hard plastic frame of the headset does make for a somewhat snug experience. The headset is adjustable, but it does squeeze down on the head a bit. At least for me. Maybe I am just saying I have a big head, because neither my son nor my daughters complained about the tightness, but no matter how much I adjusted them, there was still a slight but noticeable squeeze to the head. Also, all those quality materials tend to make it a somewhat heavy headset. I am used to wearing a headset for hours on end, and these were not uncomfortable by any means, but I have some sets that I can forget I am even wearing, but this set was always just sort of there on the fringe of my awareness.

All in all, this is an amazing headset with a couple of tiny blemishes that make maybe keep the PDP Afterglow Prismatic Wireless Headset from being the best in class, but close enough that at roughly one hundred dollars, hold up very well to more expensive headsets out there.