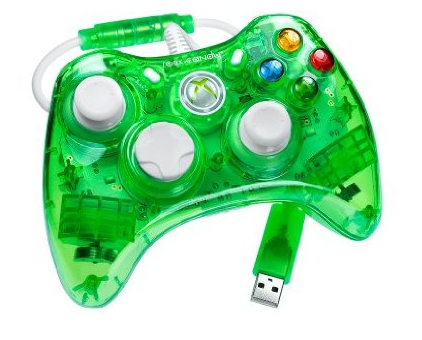 There are a lot of controllers out there for the Xbox 360 now, so it’s not enough to simply look good. At first glance the green Rock Candy Wired Controller looked visually interesting, but I had my doubts about how it would feel. The translucent plastic shell looked slick but it also looked like more of a gimmick than a legitimate piece of precision hardware. Turns out looks can be deceiving, because the Rock Candy Wired Controller for the Xbox 360 delivers a very good gaming experience.

While the controller is labeled specifically for Xbox 360 use, it can also be plugged right into a computer. I had no issues with this, as my Windows operating system knew what to do with it after a few moments of getting things configured. That versatility was huge, because I tend to sit back from my Xbox 360 and the fairly lengthy 8 foot cable on this controller reached from console to couch. However, it is absolutely perfect for when I am seated at my PC and playing something much closer to my monitors. Speaking of the cable, it is worth noting that it has a breakaway design that should be a requirement for all wired controllers. My kids are older now, but upon seeing this feature, I recalled my older PlayStation 1 and 2 days and recall my kids darting around the living room, tripping over my cables, falling to the floor crying as my console took a very undesirable tumble of its own.

There is a hard look to the controller that does come through in how it feels in your hands. The aforementioned smooth shell is comfortable once I broke it in, though the plastic thumb sticks are less pleasant after hours of play. They are concave and shaped nicely at just the right height, but I do prefer the slightly more padded, textured feel of the rubbery pads found on an official Xbox 360 controller. The sticks themselves offer decent resistance when moved about, but they felt less accurate than what I was used to when playing a twitch based game like Call of Duty. Thankfully they are durable and hold up well to a lot of abuse. 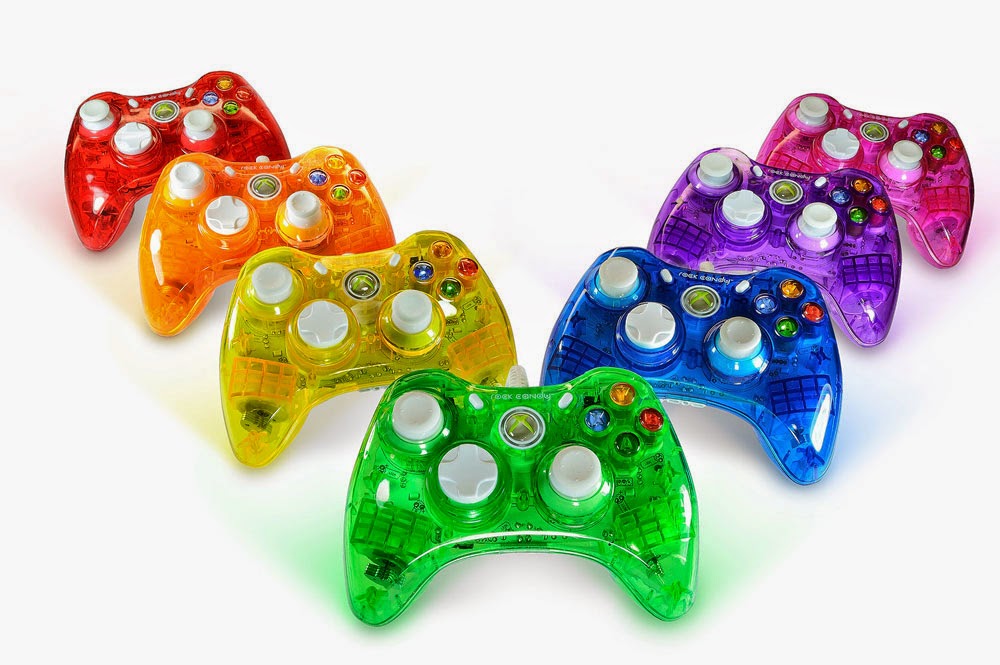 In fact the entire controller’s design proves quite sturdy. My son and I are both known for very long sessions of gaming, and we hammer away at the buttons of our controllers, but despite lots of use the Rock Candy controller has shown no negative signs of wear and tear. The triggers and face buttons are very responsive. There was no sticking and they felt appropriately springy as they popped back into place each time. The directional pad is at least as good if not better than the first party model. This will be my go-to pad for fighting games into the future.

The controller also supports the usual Xbox bells and whistles, with a headset port and vibration rumble feedback. Also, the clear shell design’s aesthetics grew on me over time as well. In the end this is a good alternative to the battery gobbling official Microsoft Xbox 360 controller, and at roughly half the price (currently going for $24.99 on PDP’s website). If you are comparing the two, the Rock Candy holds its own in just about every area except perhaps the sticks, which get the job done but miss the mark if you compare them to the Microsoft originals.