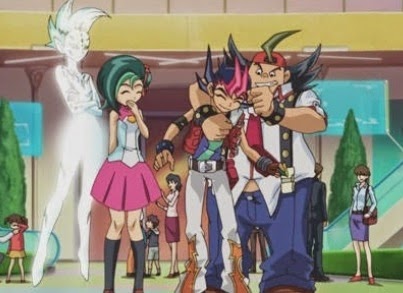 It seems really strange for a collectible card game (CCG) to be an exclusively single player experience. After all, we are talking about a genre in which a core part of the appeal is in pitching wits against a real human being.

CCGs are at heart games of strategy in which players attempt to compensate for an inherently random mechanic (drawing cards from a deck) and somehow dealing using whatever resources they are lucky enough to draw in order to defeat their opponent.

And yet that’s precisely what Yu-Gi-Oh! Zexal World Duel Carniaval on the Nintendo 3DS does – it takes one of the most infamous and popular CCG franchises and turns it into a single player only game. In doing so it does succeed in accurately recreating a fairly complex game that now runs to literally thousands of cards and all kinds of rules and sub rules on a device that works well for card games. But lacking the multiplayer does mean that the game loses some of its soul and lasting value.

This is the first time the series has landed on the 3DS and it doesn’t skimp in terms of capturing some of the key appeals of the Yu-Gi-Oh! franchise. There are over 5,500 cards in this game, meaning that if you’re a veteran of the series, and have a favourite kind of deck that you like to play with, you’ll be able to recreate it in this game. On the other hand, if you’re new to the series than… well, you’re not going to get a helping hand. It’s possible to flick a switch and turn on a handy help mode that provides bits of advice as you’re playing the game, and in the early stages of the story mode opponents are using very straightforward decks, but it’s still likely to be overwhelming unless you’re very, very experienced at other CCGs. I’m not sure I would have understood what’s going on it I hadn’t spent plenty of time playing the PlayStation 3 game (Millennium Duels), which does offer a full tutorial system. The basic running of the game works like other CCGs. Players have a set amount of “health” (8000 health points), and they use cards that they draw at random from a deck they have constructed to summon creatures to the play field to attack their opponents. These monsters each have an attack and defence number rating, and can then be boosted with various spells, or hindered (or destroyed outright) by traps. So the basic goal is to have the more powerful monsters on the field, destroy the enemy’s monsters, and then whittle his/ her health down to zero.

But things quickly become more complex. There are special summons, which allow you to break the game’s usual one summon per turn rule. There are XYZ summons, which are powerful critters that force you to sacrifice a couple of regular monsters to create one super being. There are all kinds of spells that break the rules in other ways. Yu-Gi-Oh! feels like a game of exceptions, rather than rules at times, and while this gives the game a vivid level of strategy that enables players to come up with really creative and innovative decks of cards, it’s also not a game that’s initially easy to get into, especially when it lacks a multiplayer mode to allow players to get their friends to ease them into the game, or even an adequate tutorial.

It seems like Zexal World Duel Carnival wants players to instead focus on the story mode, which would be fine if the story was in any way interesting. It’ll take you plenty of time to work through all of the story characters and events, but unless you’ve been watching the Yu-Gi-Oh! anime, it’s very unlikely that you’ll care who these people are, or the situations that they’ve found themselves in. I question whether fans of the anime will care much either because, even though the game features characters from the show, it fails to do much interesting with them. Dialogue is told in snippets and there’s only the briefest whiff of a plot line or any kind of characterisation. It’s not unreasonable to compare the plot of this game’s story mode to Pokémon Trading Card Game in terms of complexity and, considering that was a Game Boy Color game, that’s just not acceptable for a title that’s relying on its story mode for any kind of long term replay value. 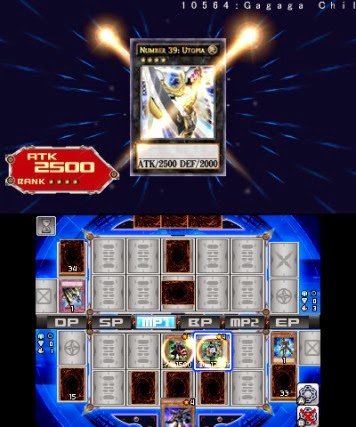 While I can completely appreciate that on the Nintendo 3DS there is only so much screen real estate to work with, I also found myself greatly disappointed with the visual presentation of Zexal World Duel Carnival. The 3DS game box comes with three cards as a bonus, and just looking at those cards it was clear that the physical card game has talented artists and designers working on it. The 3DS game, meanwhile, has a messy interface and card art that has been squashed down to the point where your favourite cards are unrecognisable, and if you’re new to the game you’re not going to develop any favourites based on their art work.

With games like Might & Magic: Duel of Champions and Magic the Gathering: Duel of the Planeswalkers demonstrating for us that these games can look as good in digital form as their physical equivalent, it’s hard to connect with a game whose presentation is, well, comparable to  Pokémon Trading Card Game.

Now with all of that said, let’s consider that the touch screen of the 3DS does work well for card games, with simple tap gestures being enough to navigate through the interface. Furthermore, while the iPad enjoys plenty of digital card games, including the aforementioned Might & Magic and Magic the Gathering, as well of the likes of Hearthstone, the dedicated gaming consoles are largely untapped in terms of digital card games. And for 3DS owners that are fans of CCGs or Yu-Gi-Oh! there is plenty to enjoy in this game, in that they’ll get thousands of cards to play around with and make dream decks without going to the expense of buying hundreds of packets of cards. There are also plenty of AI opponents to play against, each with their own unique decks of cards, and some of these decks can be challenging indeed.