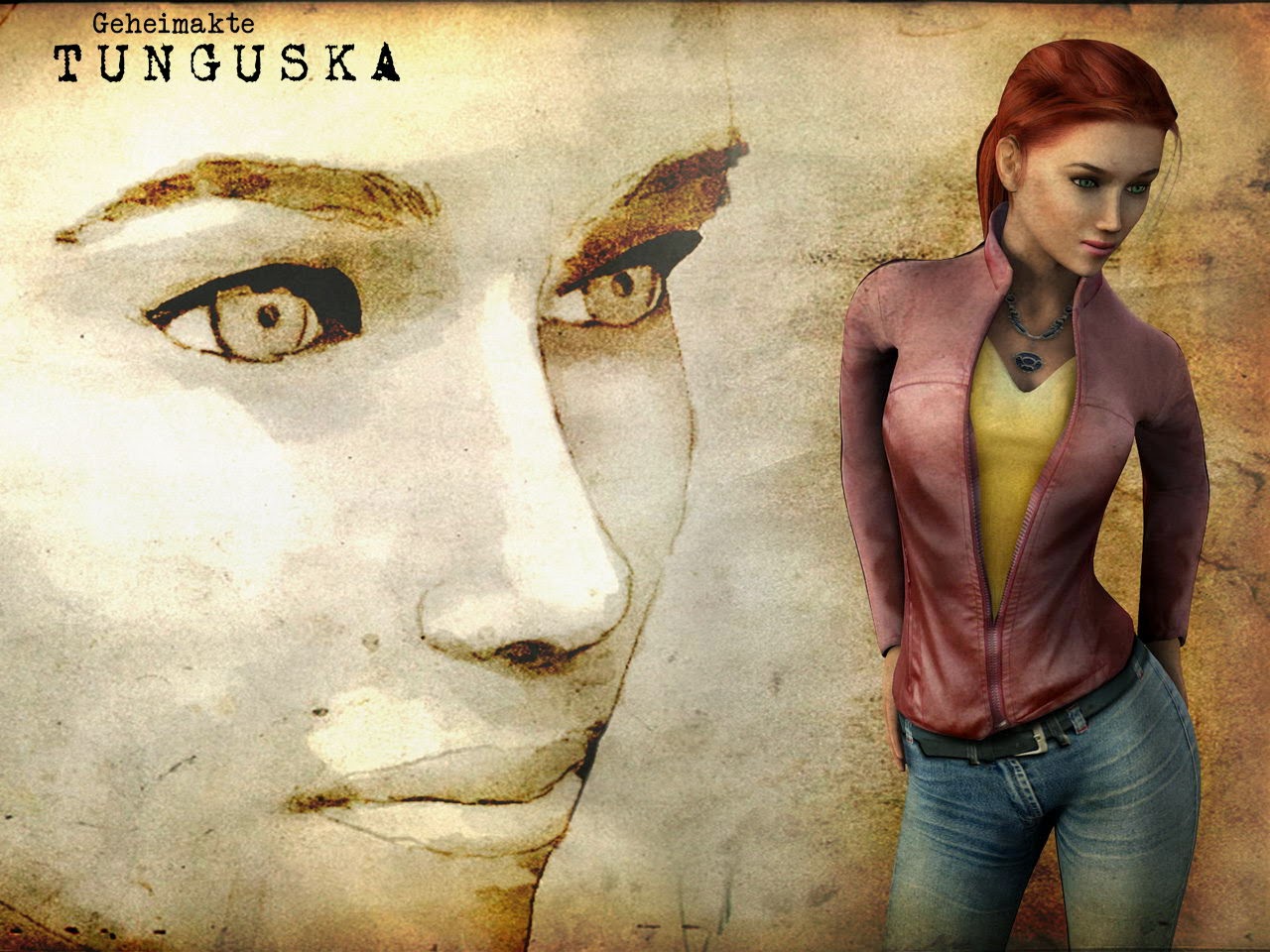 Secret Files: Tunguska has been around for a long time now. First released in 2006 on to PC, the game also made its way to the Nintendo Wii and DS in 2008. Now, six years later, it’s available on the iPad and iPhone.

I’ve been a fan of the game for some time – it was one of my favourite Nintendo DS adventure games, so naturally I jumped at the opportunity to play through the game again. This is a game that has perhaps not as aged as well as other adventure games, but it is still an above-average example of the genre.

Leading lady, Nina, finds herself pulled into a deep mystery as an amateur investigator as she finds herself responsible for tracking down her father, who goes missing under some very strange circumstances. Turns out that that disappearance is related to the 1908 Tunguska catastrophe in Siberia, creating a surprisingly epic narrative involving history, conspiracy, and all that good stuff. 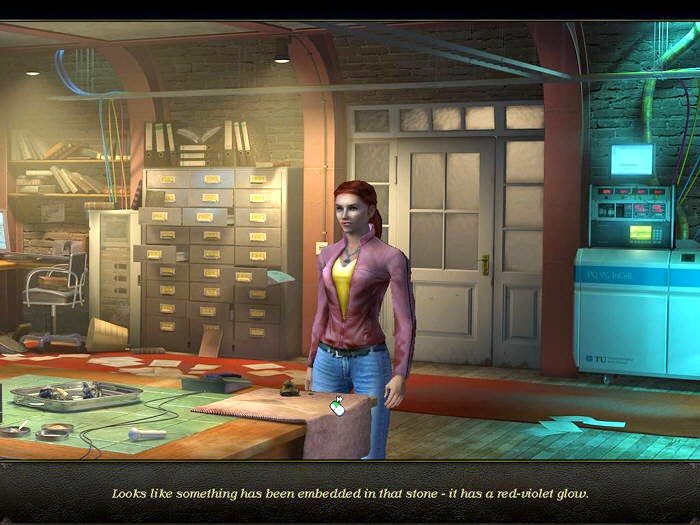 As a story, it remains compelling pulp fiction stuff. It’s paced well across the game’s dozen or so hours of play time, and the environments, cut scenes and dialogue are all carefully designed to create a specific atmosphere which, for fans of classic adventure games, will be immediately familiar. The tone of these games, where players get to be amateur investigators as amateur investigators tries to figure out what’s going on around them, is something that we rarely see nowdays. Even the adventure games now rarely task players with combining items and ingredients together to create the right tools to solve puzzles.

But that’s precisely what Tunguska does; players will be presented with a series of scenarios and they’ll need to use some pretty creative leaps in logic in order to figure out the solution to the problem. Often the puzzles will be layered; you’ll need to combine multiple items to wind up with the specific object that will work to unlock the next story sequence and reveal the path forwards. The game also shows a complete unwillingness to hold a player’s hand. There are no markers or helpful hints telling you how to pull together the solution to a problem. The game has a walkthrough built into it, but that’s optional. If you’re willing to challenge yourself and resist opening that walkthrough it’s entirely possible that the game’s logic will render you completely stuck. All it takes is missing a single clue in one of the environments. That may well frustrate some, but at least it feels like real detective work, as opposed to more modern attempts at detective games like Murdered: Soul Suspect.

Tunguska has an old school approach to puzzle design, and this retro style play is compounded by the voice acting which sounds much like one of the early-era games of the 90s. It’s games like this that remind us that production values have significantly improved in recent years, even as the Z-grade voice acting and stilted animation make for a poor impression. Supposedly the game has been voiced by top-class talent, and some of the voice work does sound vaguely familiar, like I’ve heard the actors in other games in the past, but if that’s the case these performances are very much dialled-in. 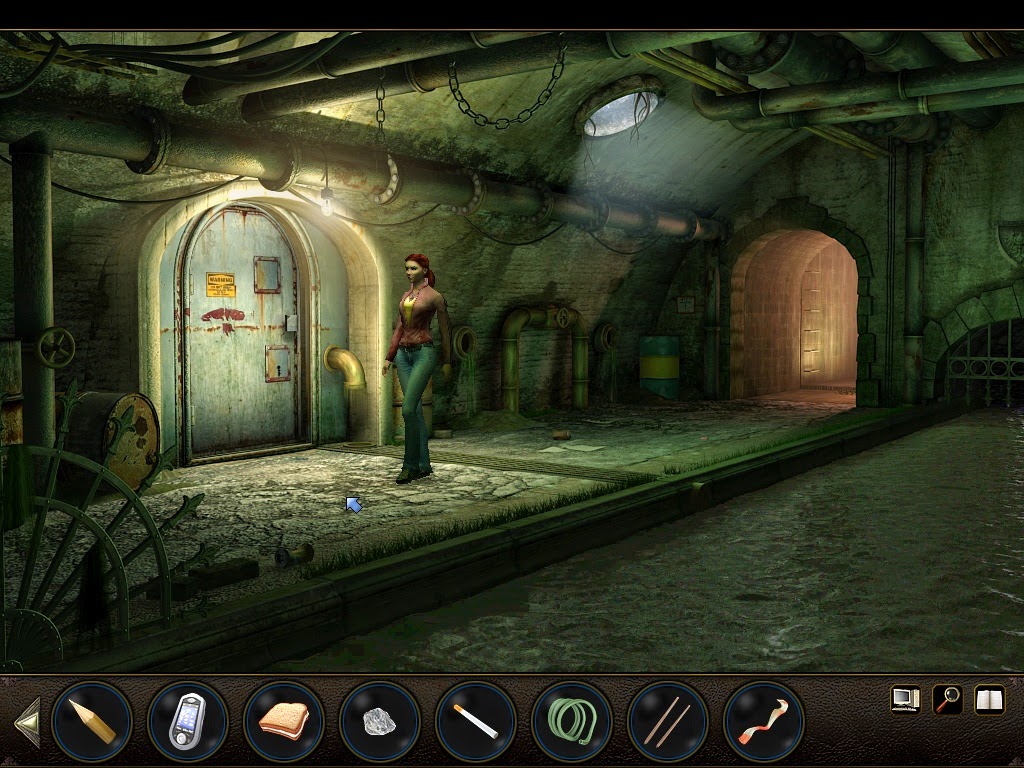 While we’re on the topic of presentation, the FMV video footage that is interspaced throughout the adventure is quite decent, but awfully grainy. Early 3D model games have aged more poorly than any other kind of game, and while there’s some effort in updating the character models to a high resolution for the retina screen, the FMVs haven’t been updated, and the in-game upgrades aren’t enough to disguise the raw age of the game.

The iPad interface also doesn’t do the game the greatest favours. You’d think that a point-and-click game would play just fine on a device that allows players to directly tap on it, right? Unfortunately, tapping on the screen is actually a direction for the character to move somewhere. You’ll need to tap and hold on the screen to be able to interact with objects, and while I appreciate that the game respects the player’s intelligence enough to not highlight objects they need to pick up, the interface makes it painful at times to explore an area when it means you’ll miss something tiny that is critical for a complex puzzle.

Secret Files: Tunguska is entertaining stuff, and adventure game fans who have somehow not played this yet should have a look at it. By the same token, it’s difficult to look at this game and argue that it’s as timeless as Monkey Island. It’s simply too limited.