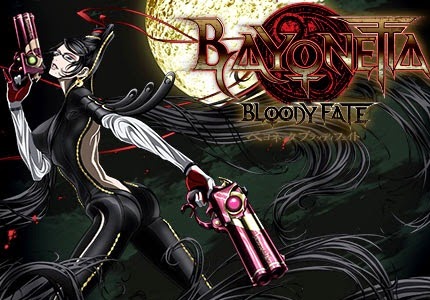 The Bayonetta franchise is certainly going to have new eyes gazing upon it thanks to Platinum Games’ upcoming Bayonetta 2 on Wii U. It’s fitting, then, that the localised version of the anime movie Bayonetta: Bloody Fate will launching the in very same month as the new game.

Bloody Fate will be hitting homes and shelves on October 21st via a DVD/Blu-Ray combo pack. Though it contains an option for Japanese voices, I’d wager this is one case where the English dub is going to be generally embraced by fans of the original material. Why? This is the first piece of Bayonetta media to even feature full Japanese voice acting; a rare role reversal for a Japanese IP, to be sure.

In other words, the majority of those who appeared in the first Bayonetta game will be reprising their roles for Bloody Fate as well. It seems fair to expect that the performances will be on par with the games, but you can draw your own early conclusions based on the trailer below.

The film, which originally aired in Japanese theaters last November, loosely follows the plot of the original game. Some creative liberties have been taken to compress the story comfortably in 90 minutes, however.

Though the dub won’t be upon us for several months, FUNimation has already set up pre-orders. Bloody Fate will run you $26.24 USD as of this writing (or $34.98 USD when it releases at retail).

Review: The Last of Us Remastered (Sony PlayStation 4)