I’ve been waiting for this game to be released on the Nintendo 3DS Virtual Console ever since Nintendo announced that it would be bringing classic Game Boy and Game Boy Color games to it.

See, of all the attempts to digitise collectible card games, it is this particular one that I appreciated the most. Sure it looks primitive now, but back when I was a child the quest to acquire the 220-odd cards contained within the GBC’s humble cartridge captured my imagination, and I spent dozens of hours collecting, playing cards, and then collecting some more. The fact that the AI was surprisingly competitive and that the game itself was so well balanced helped, too; there was no one “correct” deck building strategy, and so I spent many, many hours coming up with different combinations of cards to try out.

Playing Pokémon Trading Card Game again on the Virtual Console shows that it has aged remarkably well. The core gameplay which fuels the card game remains solid, with players building a deck of 60 cards themed on the Pokémon universe, and then using that deck to take on other AI opponents within the game. Anyone who has ever played a collectible card game knows how they roughly work – players play Pokémon cards onto the table, and then use those cards to combat the opponent’s cards. Some cards have strengths and weaknesses against other cards, and there are support cards that can power up your cards or weaken your opponent’s so it’s important to put the right 60 cards into the deck. 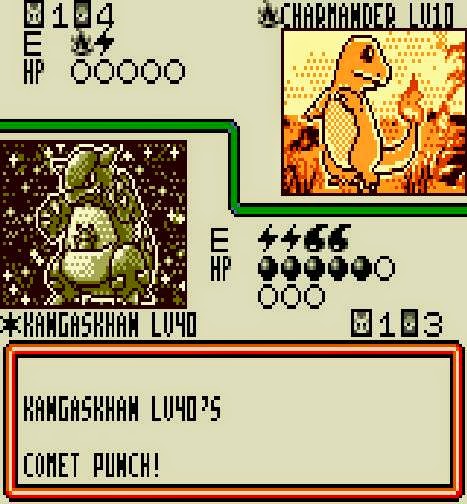 The narrative goal is basically the same as in the “real” Pokémon games – defeat eight gym leaders, each of which have a deck of cards built around a specific theme, and then tackle the “Elite 4” to become the champion trading card game player. Defeating each opponent yields booster packs of cards, which contain a couple of randomised cards which are added to your collection for future use. Getting some of the rarer cards naturally takes a lot of battling, but those rare cards are fairly essential in being able to take on the more difficult decks.

What makes Pokémon’s Trading Card game so exceptional is just how balanced and nuanced it is, despite being a game that you’ll be able to pick up in about 20 minutes. In-game, a 10 minute tutorial match will walk you through all the basics, and then you’ll be provided with a default deck. This allows new players to come to terms with the rules before they start experimenting with complexities like adjusting their decks to become more competitive. 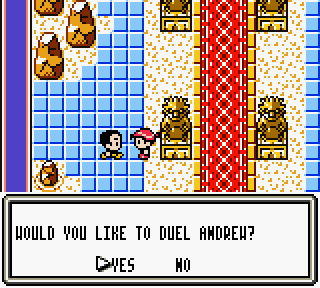 After about an hour of practice you’ll become comfortable enough with how Pokémon Trading Card Game works, and then it’s simply a matter of wandering through the world and participating in endless duels. There’s no extended story or detailed world to explore, as you’d find in the “real” Pokémon world. Rather, environments act as glorified menus from which you select your next opponent, but this doesn’t really hamper the experience because thanks to the random nature of a card game there’s more than enough variety in gameplay. Become committed enough to the Pokémon Trading Card Game, and it’s a game that will last for a very, very long time indeed.

That being said, the lack of multiplayer certainly hurts the Virtual Console release of this game. While the AI is very competent – surprisingly so, in fact, given the age of this game – and is fully capable of taking advantage of the unique decks that each opponent has, it’s still not a substitute for playing against a real human with their ability to make creative and strategic decisions. 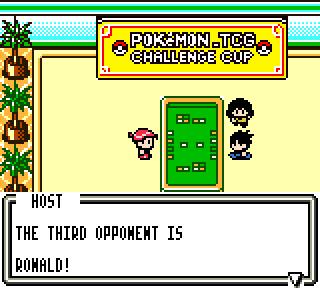 There’s also the simple fact that the game looks terrible by modern standards. Digital CCGs are famous for their gorgeous art work and presentation now, meaning that unless it’s nostalgia getting you into Pokémon Trading Card Game, it might be difficult to see the appeal.

It has always disappointed me that Nintendo’s never bothered to continue developing Pokémon Trading Card Game titles for console. There’s an online game that can be played on PC, but with the DS and 3DS, the touch screen makes for a perfect CCG platform. I can only hope that this release on the Virtual Console is Nintendo’s way of testing the water to see if there is still some kind of demand there for this kind of game, and enough people buy it to justify a new, 3DS or Wii U, Pokémon card game release.