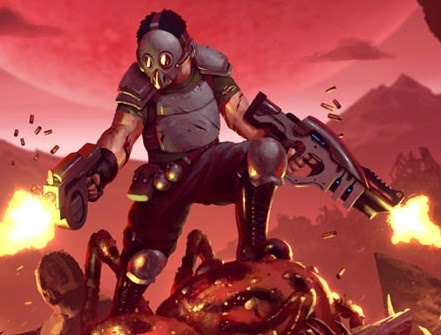 It’s hard to make a twin-stick shooter that stands out from the rest. Crimsonland, brought to us by developers 10tons, is the next game to try. It takes takes the steps needed to advance the formula, only to take a few steps back in the process.

The most exciting offering available in Crimsonland are its survival modes, which change up the arcade twin-stick experience in some meaningful ways (the fact the game’s promo is a giant homage to Doom should clue you in that this game is very retro in sensibility and any attempt to break up the action is most welcomed). Survival mode offers alternate play options that range from a mode that makes you unable to move with double firepower, or one that gives you double points with only 30 seconds to make an impact. It is in messing with these “house rules” where people will have the most fun. Waves and waves of enemies keep players on their toes. Once enough experience has been collected players can choose one of four perks that will assist them until their character dies. They range from improved firepower, poison bullets, and one that instantly kills your hero but then gives you an 18 per cent bonus on your score.

To get the most out of the survival modes though, you will have to make your way through the game’s quests which completely miss the mark. The missions follow the same repetitive goal of killing all the enemies in the area, which is understandable enough given that it’s a top down shooter, but to draw this simple goal out to 60 missions is a bit of a stretch. There are also loads of random factors to account for in each level, such as power-ups and enemies spawning randomly within the field, and these negate the opportunity for players to succeed based on skill. You can easily see where the inspiration for the game’s name came from. This is one gleefully violent little game. A few seconds after a level starts the ground is covered in blood. While the aftermath shows the scale of enemies that were just mowed down, the excessive crimson isn’t that pleasing to look at again and again. Yet that’s the nicer side of the visual aesthetic; when the ground isn’t sprayed with a crimson red, it is a brown or dark green wasteland. There’s not a lot of creativity in the environments, which is a shame as it could have helped draw out some enjoyment with a sense of soul in the world. Player and enemy models are also quite bland. The player models are very minimal while different enemies are only differentiated by a change in colour or size. Given that games such as Dead Nation have proven that top down shooters can have an effective visual aesthetic, this is just not acceptable.

Adding to the longevity of the survival mode is the online leaderboards which are truly great for squeezing out the competitive edge in players. There is also local multiplayer for up to four players and while I wasn’t able to test it, I can see groups of players really enjoying this in short bursts. It’s also good to see that Sony’s PlayStation 4 is seeing a renaissance in the local multiplayer stakes. Games like this, Towerfall and Child of Light are encouraging people to get together to play games together again; something that only Nintendo has been flying the flag for in recent years. It’s good to see. 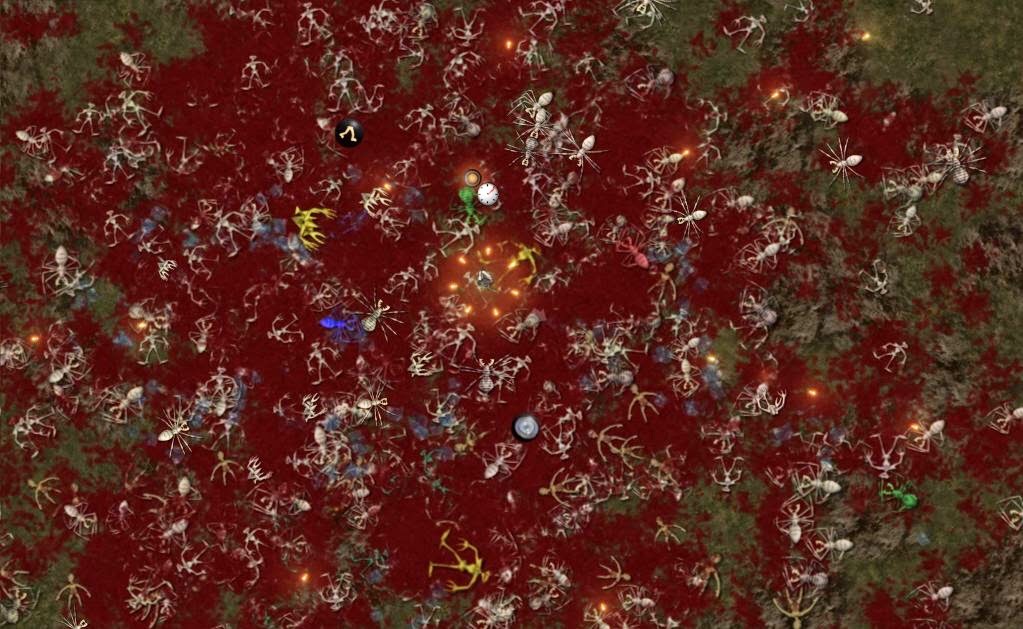 The biggest complaint is the lack of making any kind of use of the PlayStation 4 features. The developers have given players the option of using the touch pad to aim and shoot but it can’t compare to the accuracy of using the analogue sticks. Meanwhile, there’s also a severe lack of a spectacle during gameplay. Power ups reduce enemies to puddles of blood that just cover the screen in red. The console is capable of much more, and while this might be an indie game, you only need to look at the likes of Entwined and Don’t Starve to realise that being indie is no longer an excuse to skimp on production values.

There is a lot of thought that has been put into this game’s survival modes, and people will enjoy that side of things. It’s just a shame that thought couldn’t be put into the rest of the game.