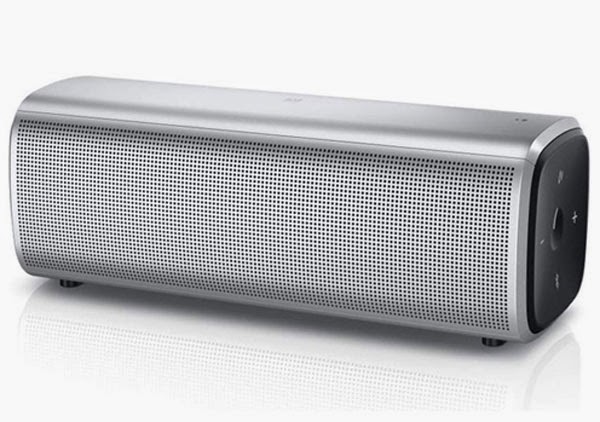 Dell isn’t exactly known for its speakers. Sure, it sticks ’em in its laptops and PCs, and it does own the Alienware gaming computer brand where sound quality is important, but when we see that Dell logo, we are generally more inclined to think “dry, boring office equipment designed for people wearing suits and ties and stuff” than “awesome, must have gadgets”.

So while the AD211 badly needs a rename so it doesn’t sound like a computer component, opening the box I found a surprisingly nice looking little unit. This pocked-sized (large pockets, perhaps, but it fits in them) portable speaker as a minimalist metal finish and looks a little like it belongs alongside the Braven family. The only embellishment on the front and top of the speaker is a little NFC symbol, designating where that chip is located on the unit. Dell was even wise enough to leave its own logo and the charge port on the back of the speaker, where it can be out of sight.

The rubber on one side houses’ the speaker’s minimalist buttons – the power button, Bluetooth sync button, volume buttons and a speakerphone button if you’ve got the speaker synced with a phone. These light up when active so it’s easy enough to find your way around the controls if it’s dark.

What Dell is well known for is making stuff that works and is easy to use, and the AD211 is no different there. Without even bothering to check the Quickstart guide I was able to get my Bluetooth devices talking with the speaker a minute after unboxing it. But for those that do need instructions, the Quickstart guide has you syncing your iPad or whatever with the speaker in two steps, and one further step explaining how to charge the AD211 using the included USB cable. 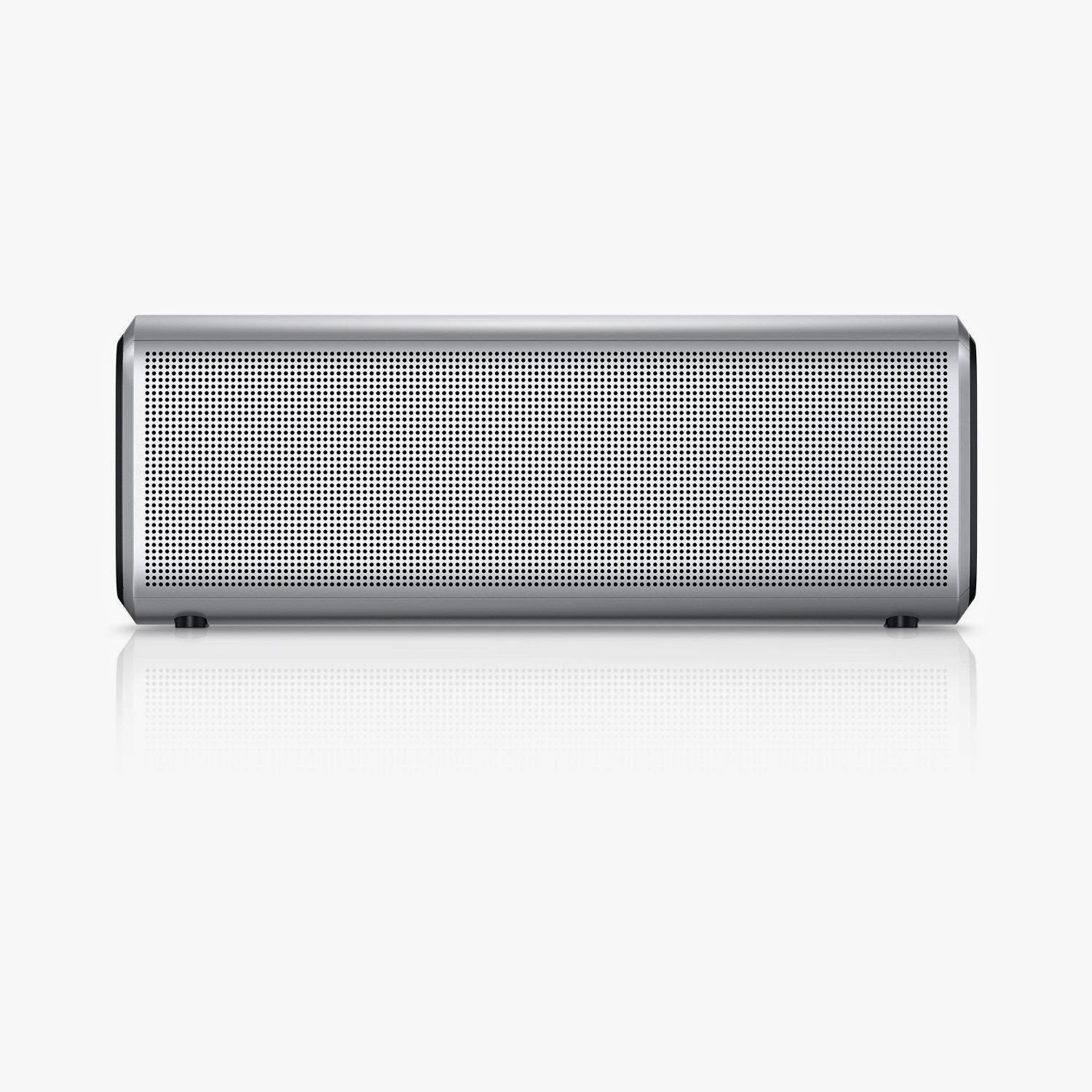 So you’re up and running. Now the real test for any speaker – how does it sound? It’s at this point that it’s worth remembering that the AD211 only set you back around $70 Australian, so, no, it’s not going to emit bass vibrations that will undermine the structural stability of your house and cause it to collapse. And also, no, it’s not going to drown out the volume of the boozy rock concert that your neighbour organised for their son’s 18th birthday. But given that this is a Dell product I suspect that no one shopping for those kind of feature sets when they buy this anyway. The people who would actually buy something like this a different group; they’re professionals who spend a lot of time on their computer, or possibly kids for their office-working father as a birthday or father’s day gift. For this audience the thing does the trick perfectly. You’ll want to test it on a couple of different surfaces to get the ideal sound fidelity, but once it’s sitting happily somewhere, it offers a nice, crisp sound.

As usual with sound equipment I ran it through the very scientific (patent pending) Hatsune Miku test. This is where I pair the speaker up with my Vita and try and play Hatsune Miku: Project Diva f on the “Extreme” difficulty setting. If it’s a good speaker I’m able to play, feel surrounded by and immersed within the music (which covers a wide range of different genres), understand the lyrics (remembering that they’re in Japanese and my understanding of Japanese is anything but perfect), and not have the speaker mess up on a technical level, given that the Extreme difficulty on the Vita is perhaps the most difficult rhythm game experience I’ve ever come across.

Dell did me right. On the rockier Miku tracks I didn’t feel the groove as well, but for the more laid back, jazzy, or pop-style tracks I found the immersion quality of the speaker to be perfectly adequate, and there were no technical hitches or dropouts to frustrate my increasingly desperate attempts to finally get a perfect on that game. Switching back to the Vita’s default speakers, the drop in sound quality is very noticeable, so there is an upgrade from cheap stock-standard speakers to justify the $70 investment. 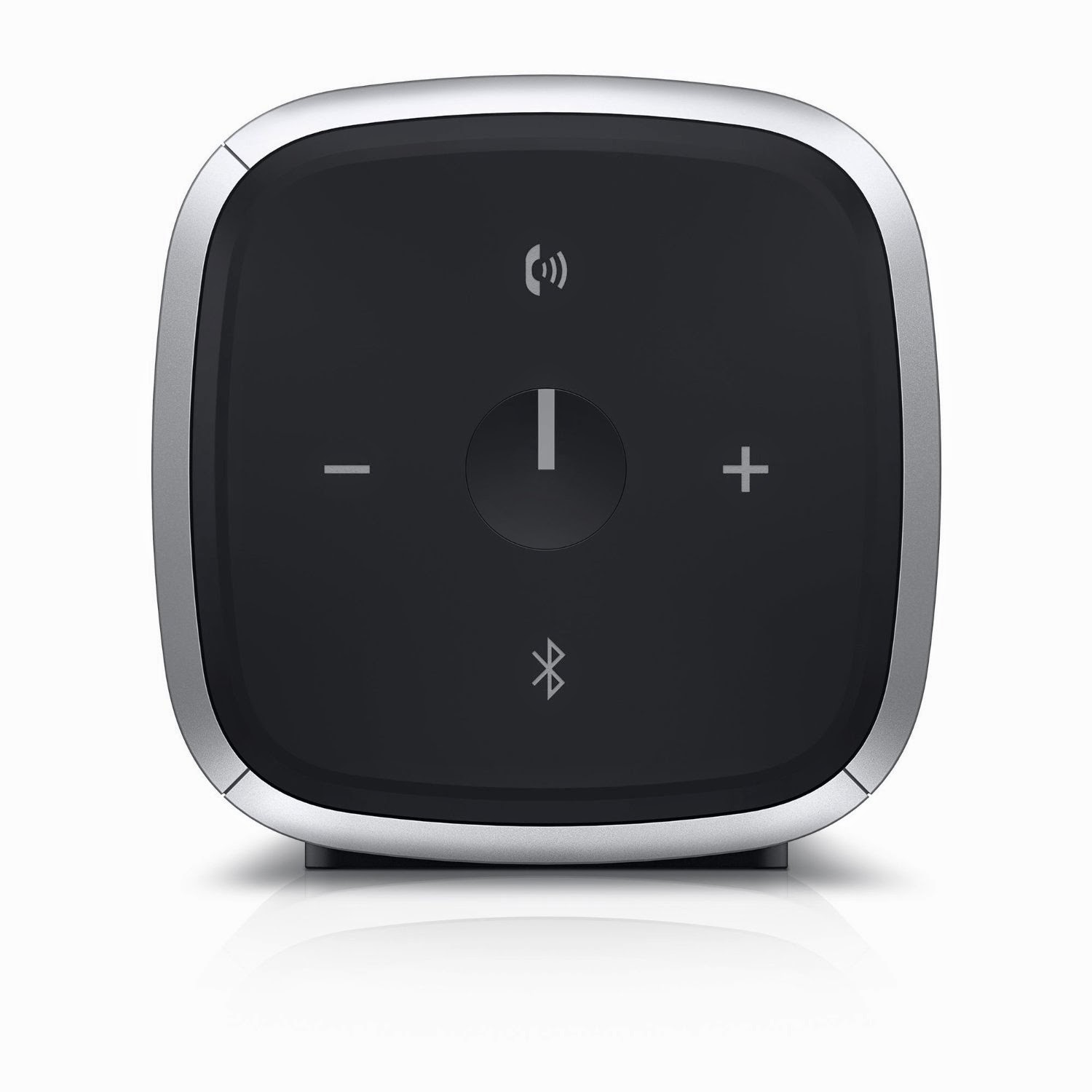 As a portable speaker I suspect the AD211 isn’t especially rugged. I wasn’t going to throw it off my balcony to test this theory, or take it into the shower with me, but while the device feels solid, it also doesn’t look like it wants me to try and hurt it. The Braven speakers, for instance, look like they would relish a day at the beach filled with sand, sea air, and perhaps even a ride on a surfboard. The AD211 looks more like it wants to come along to business meetings, or perhaps enjoy a quiet picnic with the family on the weekend.

That being said, this thing is designed like the Energizer Bunny. A full charge on AD211 has it doing a great job in outlasting my iPad when I had it streaming Internet radio all day long at a healthy volume. Dell’s quoting 10 hours, and while I never tested it to that extreme, I was able to have it on in the background all day long as background noise while I worked with no recharge required.

While we’re on technical features, I was also able to take the speaker into a different room to the iPad and close the door and the connection remained stable. There was the very (very) rare moment when quality seems to drop briefly when it was paired with the Vita, and once or twice the devices wouldn’t pair up in the first place without turning the AD211 off and back on again, but I have to emphasise that these were uncommon events indeed.

Weirdly enough I really love this little speaker. It’s an inexpensive option for some good quality sound, and it’s both portable and has an understated, minimalist design that is completely inoffensive. For anyone who isn’t a hardcore rock fan or complete audiophile, the AD211 is one of the better options out there.