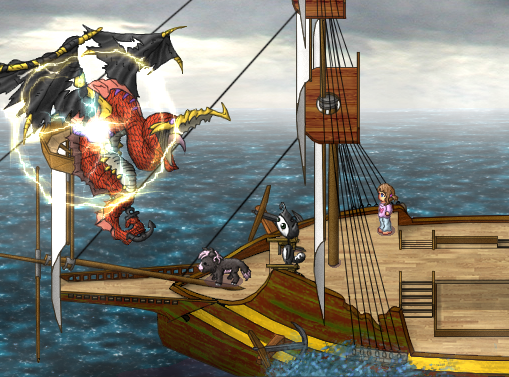 Years ago there was an interesting game that was light and fun and had completely taken me by surprise with the depth and emotions that the story brought to me. The game in question was Whisper of a Rose from Rose Portal Games which is the predecessor to Sweet Lily Dreams. It’s a sequel, but you don’t need to have played Whisper of a Rose to enjoy this one.

Sweet Lily Dreams, like several of the latest games of Aldorlea, is an indie game created some time ago in RPG Maker and recently re-released on Steam. The story is a light-hearted one, but it tackles some dark subjects, such as nightmares that the leading character, Lily, experiences after being trapped in a land of dreams. She teams up with weird characters including a dog, Faith, and cat, Curly, and sets out on a quest to defeat the nightmares and find a way home.

The story and the dialogue are very well written even if at times it’s easy to forget that this isn’t a children’s game but rather a game made for RPG enthusiasts. The game starts off after Lily has been tucked into bed by her mother and she needs to fight a battle against the monster under the bed. Just about everyone has been afraid of this at one point in time or another and it adds a layer of personal familiarity that people can relate to, and gives them the ability to finally get even with their childhood demons. 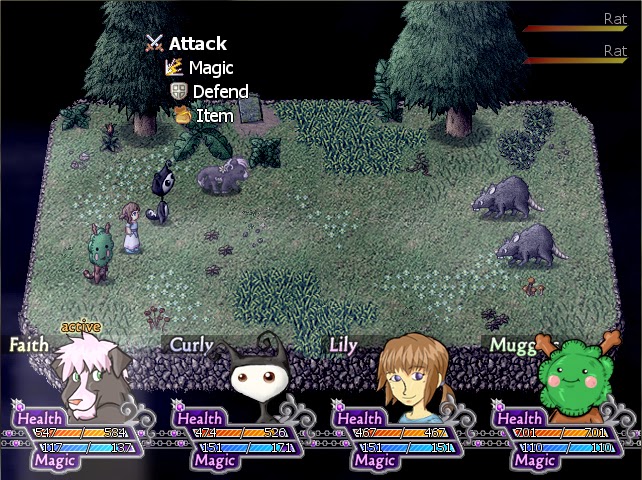 Unlike the games from Aldorlea, Rose Portal Games use a very heavily modified RPG Maker interface to create Sweet Lily Dreams. By default RPG Maker places enemies in front of the player and hide the hero off screen, like in an old Dragon Quest game. In this game it’s a side-on look at the battle, like in the old Final Fantasy games. Modified features like these are clear signs of the amount of care that went into creating this title.

Generally JRPGs that fit into the 16-bit awesomeness of some of our childhoods have a set of standards that they follow. Equipment screen? Check. Inventory Screen? Check. Some random windows that we generally forget are there? Check. Sweet Lily Dreams takes all of these and basically chucks them out the window. Surprisingly, there are no equipment windows as there are no options for equipment other than one accessory per character.

This was surprising as it takes away some of the grind in. Then again that generally leads to finding something better right after having spent that abhorrent amount of that we usually deal with as we try and get enough money together for buying new equipment. On the other hand this creates a huge reliance on levelling up, as experience is the only way to be able to collect enough power to take on more powerful monsters which are already surprisingly strong to start off with. Thankfully there are three difficulty levels that can modify monster strength. 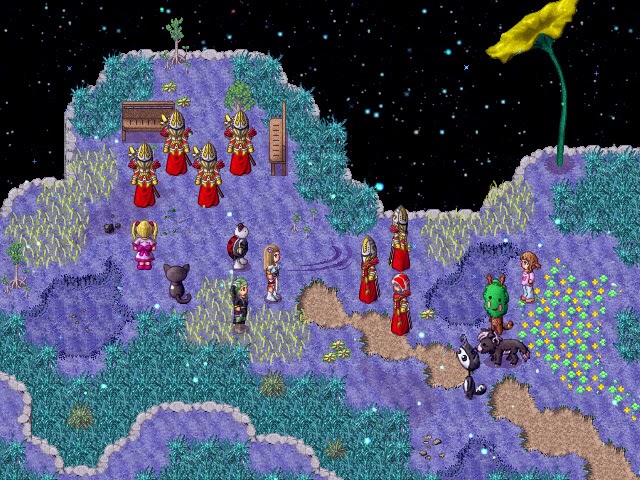 The game includes a crafting system, but often it’s less frustrating to simply buy the potions and so on ready made. The only time the crafting system really comes into its own is when the party is deeply into a dungeon and the potion stock is starting to run low. The most useful feature in the Crafting system is that it’s how characters earn new spells. This spell system will have players exploring all over for the rare materials required for the better spells.

Adding all of these awesome features onto a well written story is a recipe for greatness. The difficulty creates some unnecessary grinding, and finding materials to craft some spells is a pain, but short of these two aspects Sweet Lily Dreams is a well worthwhile adventure.