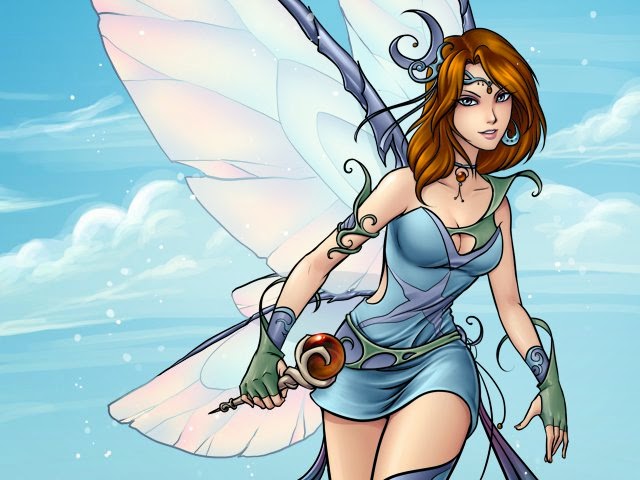 Millennium: A New Hope is the re-release of the first game of the Millennium series from Aldorlea. Released back in 2009 the reason we have this re-release is courtesy of a Greenlight through Valve’s Steam download platform. As previously mentioned when we reviewed another of Aldorlea’s games, 3 Stars of Destiny, games from this developer come from tweaking RPG Maker as far as it can be tweaked, and this is another example of an RPG Maker game that certainly doesn’t feel like one.

Millennium’s story and the world that it is set within is interesting. The premise of of the story is that Marine, the main protagonist, has a brilliant idea after making a delivery to her grandfather after her father is injured. Marine believes that if she can win the upcoming Mystrock elections then she can change what has become an unfair status quo. If she can win, she would have everyone live in harmony and actually help one another out. Unfortunately, the political environment means that Marine needs to gather a total of thirteen warriors together to compete in a martial contest. Yep, A New Hope (no not Star Wars episode IV) is the beginning of a truly Marxist narrative. It’s not a serious one, but it Che Guevara had a sense of humour, he might have approved of this game. 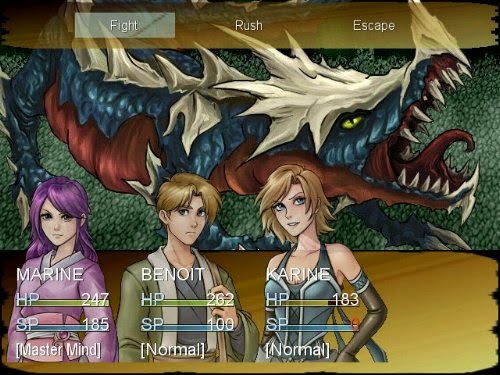 To showcase that this was not just another RPG Maker game there are a few options that can make different playthroughs completely different experiences. The first and most important is the choice between the normal type of random encounters, or being able to see the enemies on the screen and engage or run away as you see fit. Obviously being an RPG, enemies will need to be defeated for experience and levels but to have the choice of when you want to fight those battles is a actually a really neat feature. Equally clever of the developers is the ability to have arrows highlight the path to the next quest objective. Being able to play through and not get lost will be a big boon for some, though the developer has also included plenty of opportunities for people to head off the beaten track as well.

The environments are both beautiful to look at and tedious to trudge through at times. Towns are generally large open expanses that at times can make the Inn or closest item store a fair distance away from the entrance, meaning a lot of meaningless walking just to heal up. On the other hand, the large expanses for the dungeon portions of the game are a nice touch as it adds to a sense of exploration through their sheer size. 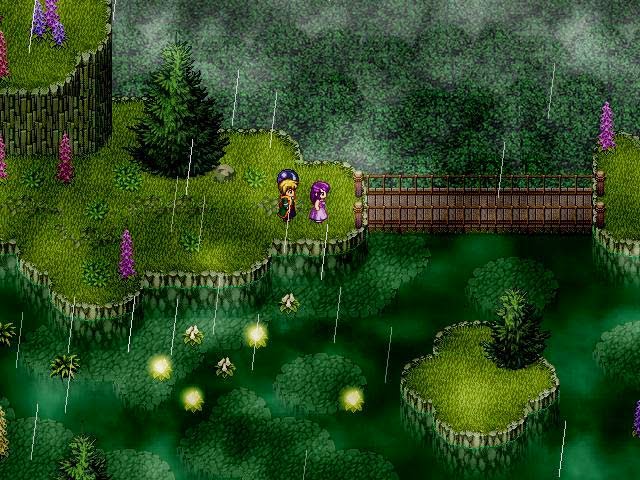 Like a lot of the other RPG Maker-based games out there, Millennium is focused more on the story and exploration and doesn’t offer much more than the standard old school battle system. There is little bit of customisation available with the character skills, but not enough for it to stick out. Leading lady, Marine, has one special ability that can be a life saver in the more dire moments; the ability o summon a fairy from her earring. This fairy consumes a load of magical energy, but stays with the party until the end of battle and can either attack the enemies or heal a party member. There’s a bit of risk/ reward in he systems which helps to make the boss battles interesting at least.

The other major issue I had with the game was a consequence of the treasure system. Once the enemies are defeated, Marine and her party gain experience and acquire some loot but without ever earning cash. This makes certain portions of the game very difficult as most of the curative methods require the use of items or to be outside of combat in order to use specific healing skills. By not acquiring an influx of gold, or even proper items to sell, paying for these combat items can be quite aggravating.

After the previous successes that Aldorlea has had with the Steam release of both 3 Stars of Destiny and The Book of Legends, I hope to continue seeing the team release its catalogue on the platform. These are games that deserve to be experienced, and without being on Steam it’s far too easy for them to be lost on the sea of the Internet. Even with all the little issues I had with Millennium: A New Hope, I do hope to see the next chapters re-released in this manner to see the story through to completion.