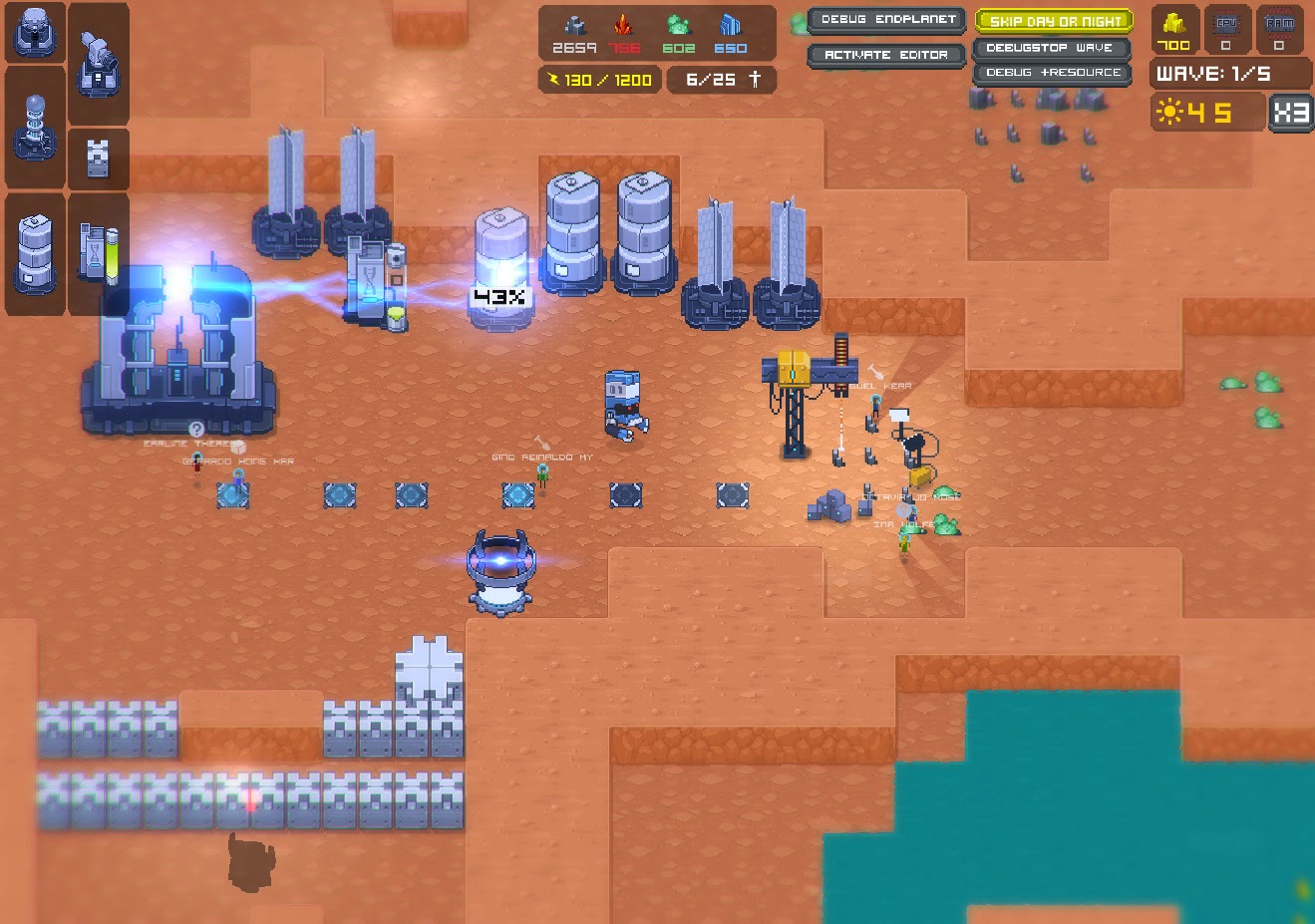 There’s a silly proverb that states that the early bird gets the worm. In the galactic play on this, the late robot gets in trouble with his boss and sent out into the far reaches of the universe to manage squishy humans to gather important resources. Freaking Meatbags is an interesting early access on Steam and plays through the story of Chip in a RTS/ tower defence hybrid.

As with all Early Access games this is still a work in progress and polishing will be needed before the game’s full release. That said, not only does Freaking Meatbags support well balanced Tower Defence elements, but it also goes beyond the genre, with some instances of mission objectives requiring the exploration of derelict spaceships to find secrets that range from gold and chips that act as resources to buy upgrades for Chip, as well as new buildings and drones for extra offensive abilities.

Generally Tower Defense games start you off with a certain amount of resources that allow you to get started off for the initial waves. During the course of said waves, for every monster that you take out you earn additional currency to work with to either upgrade or place new defences as you see fit. With this game, however, the RTS elements require humans to be sent over to resource mounds to collect materials for the building. 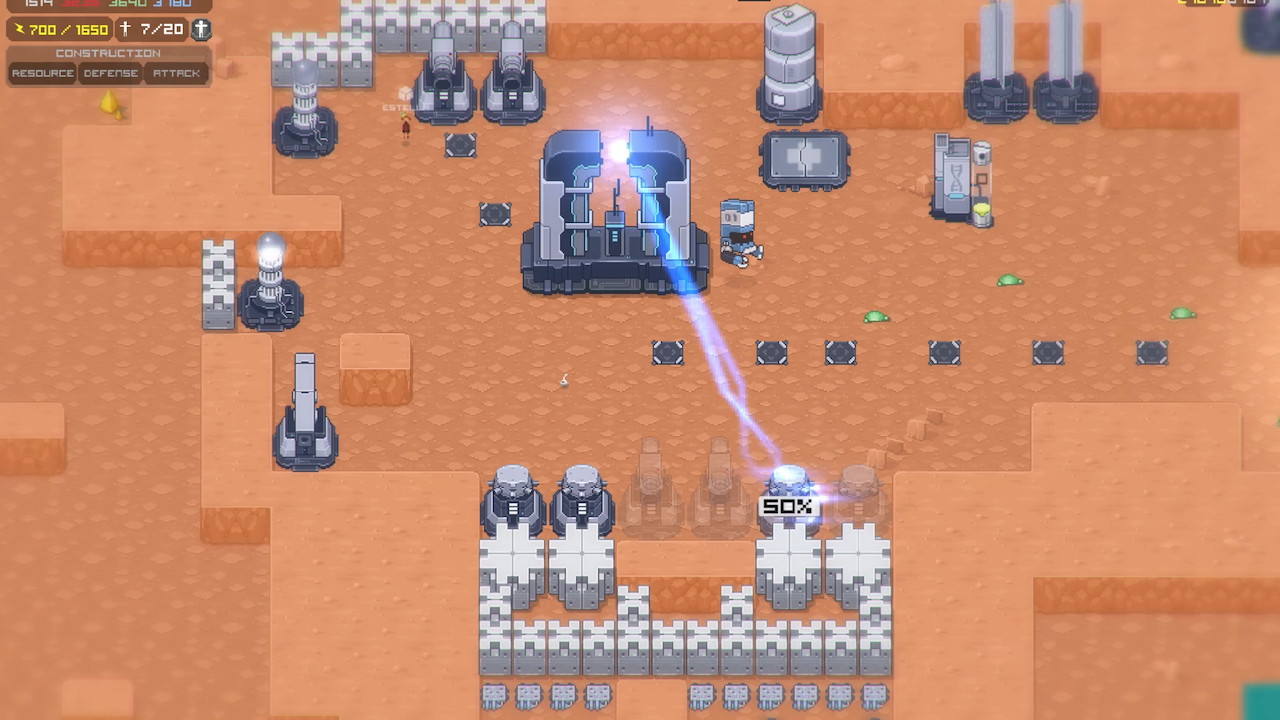 Now let’s all be honest about one thing here. Humans are generally lazy. It generally doesn’t say much for us as a species does it? This game actually reflects that laziness, so not only will you need to worry about raising defences against robots who want nothing more than to squish the meatbags, but you have to worry about said meatbags slacking off. If you allow them to be lazy you’re not going to have enough resources available to you.

What’s a good way to deal with a lazy human? A brain slug that enslaves a human so he/ she can no longer be lazy! Like other upgrades and building options within the galactic store this comes as a cost. Brain Slugs require gold to be bought to be installed into any human that is being transported from one planet to the next to help gather resources. Now, even with Brain Slugs, where would be the fun if you only had a set amount of humans? A constructible DNA splitter on planet surfaces allows for the simple reproduction of two humans to make more. The inclusion of the DNA splitter fits into the RTS them and is supplemented by Barracks that allow for the addition of extra humans to the workforce. 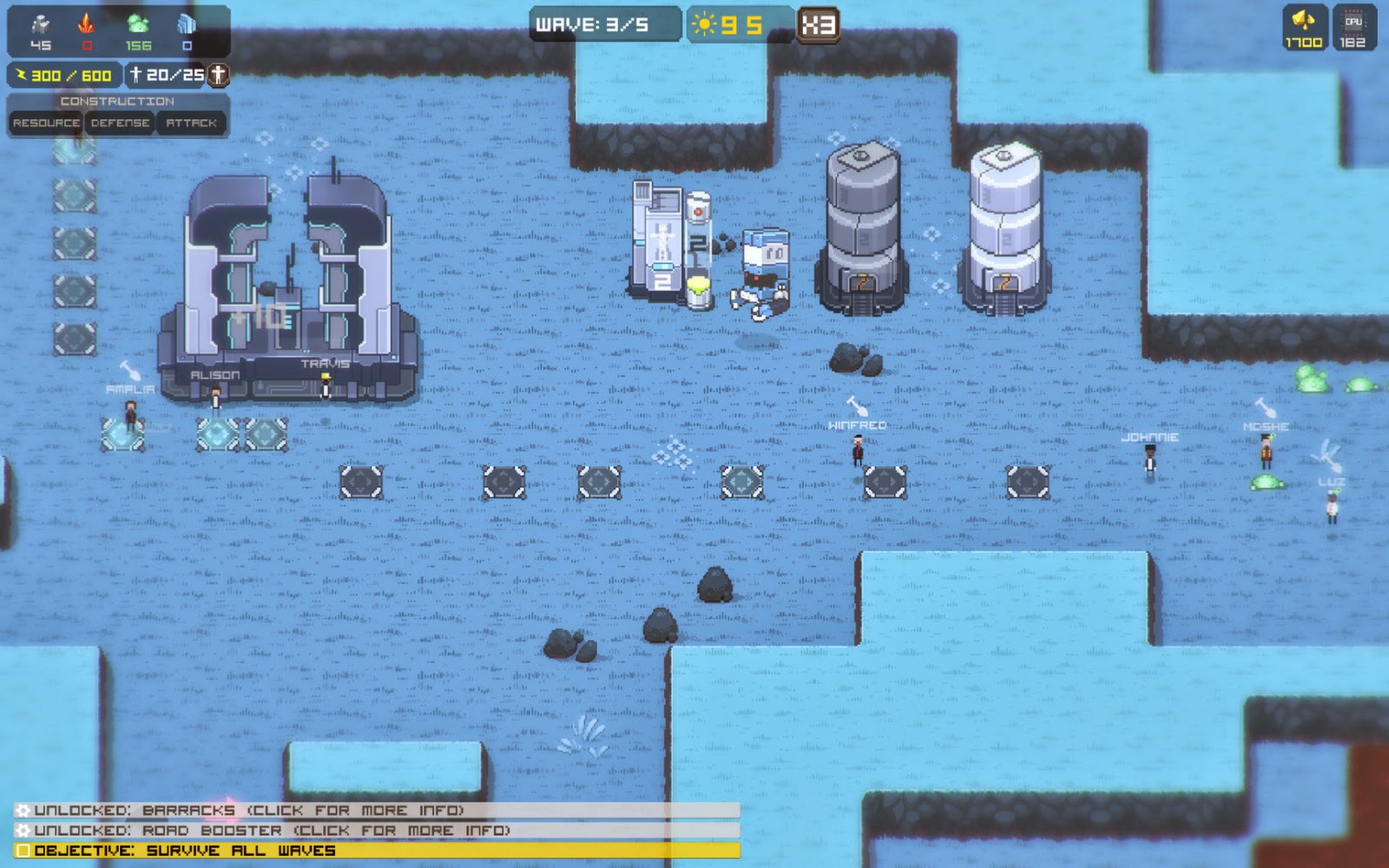 There’s plenty more to this, but as you can probably tell, Freaking Meatbags has aspirations to be more than a standard strategy game. But wait, there’s more! The game has a sense of humour, too. In the game, Chip tries to send emails back home but regardless of who he tries to email, they don’t make it through to those intended. One person intercepts these emails and that person is really not happy that Chip is using his robots to stop them taking these humans so that he may eat them. These interactions between Chip and the man at the other end of the email line hilarious give Freaking Meatbags personality and make it more than just another Tower Defence game.

Even with the developers stating that this is build is only the Alpha and that most of the content is already there. If the Tower Defence genre is your thing and you like to add different elements into the mix then Freaking Meatbags is something to look into.