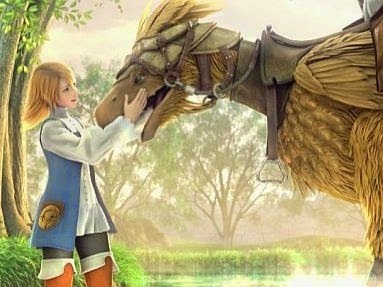 Dating all the way back to 1990, Final Fantasy III helped to take the storyline and character progression of the series further than ever before. I had always enjoyed the first two Final Fantasy games, but their stories were sparse, relying more on conversations with random town folk to help fill in the blanks than to tell a proper tale. While Final Fantasy III still shows its age and might not have the sophistication found in later RPGs, it is still a worthy look back at a game that helped to continue to redefine the genre.

This version of the game on PC is based on the graphically updated version that made its way onto the Nintendo DS back in 2006. The visuals got an 3D overhaul, with a widened aspect ratio and some new features as well. If you are familiar with the DS or iPhone/ iPad versions of the game (which we have also reviewed) this PC release will feel very familiar as there are very few updates, but it still plays out quite nicely on a bigger screen.

Themes that persist and remain familiar in future Final Fantasy games such as the Warriors of Light and job class systems help populate this story of the Onion Knight. The job system is bare bones compared to what we are used to now in the series (and other games that use similar systems), and the game uses it more as a second experience system. On the one hand the characters have conventional experience systems that level up their physical attributes, and then there’s the job levels which represent their skills. Managing both is easy, and the system does encourage players to jump their characters through multiple jobs, though there is some grinding involved as there is a warmup process where a character needs to fight a certain number of battles with a role before they’re comfortable with it and can use its skills properly. You don’t want to be fighting tough enemies in such a state, so you’ll generally grind through easy battles each and every time you change classes. 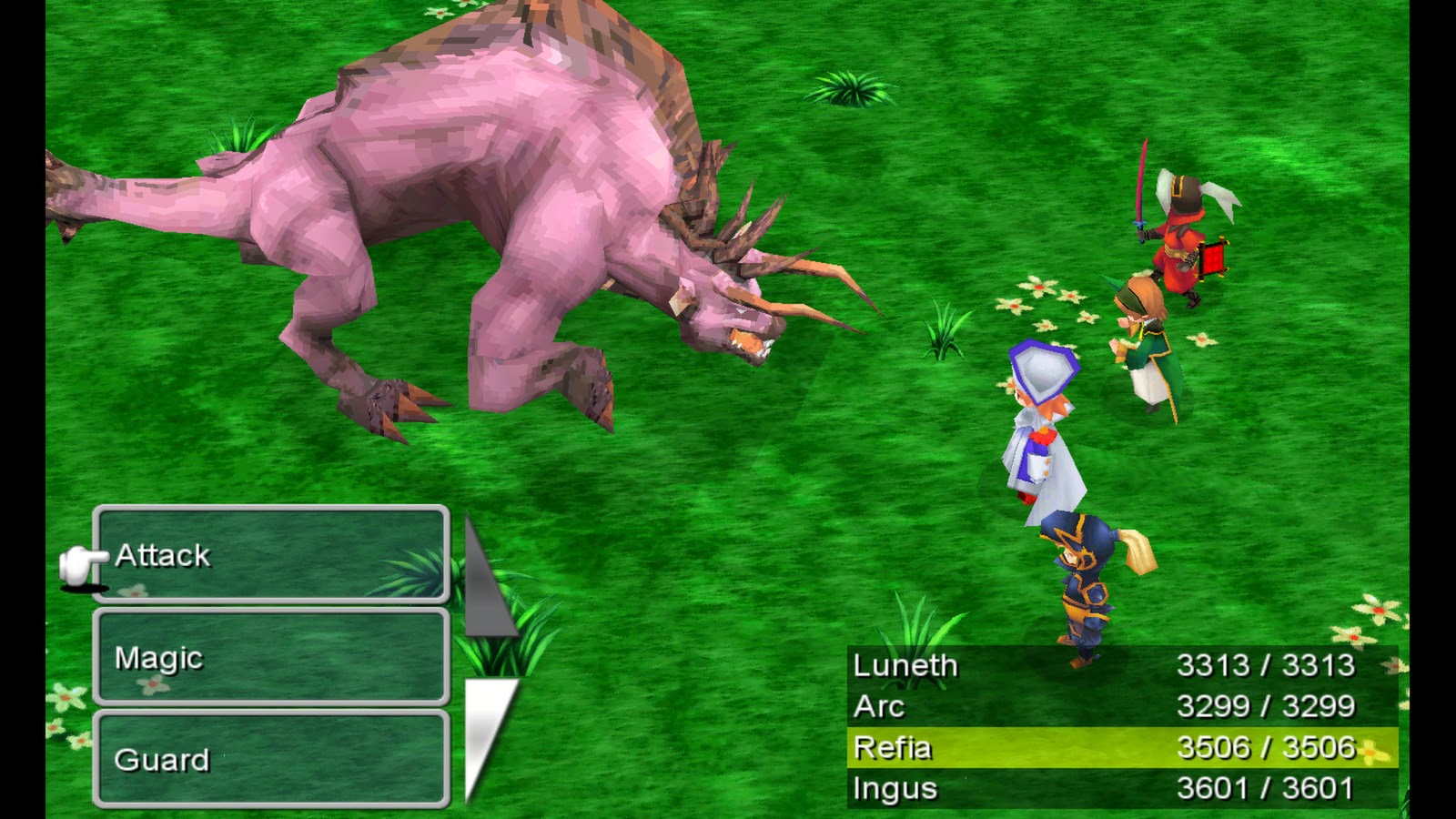 This is a classic Final Fantasy title, which of course has both good and bad connotations. It means lots of menus and level grinding and of course chocobos and Cid and things. It is a welcome rush of nostalgia to come back to a game like this, which has aged well despite being nearly two and a half decades old. I’d be lying if I said that the graphical overhaul didn’t make the game far more palatable (or the fact that the original game was never released in English), but the core mechanics should also appeal to old school JRPG fans. The game gets off to something of a slow start, with a lot of story and limited exploration during the first dozen hours or so, but once it opens up it is every bit the exploration-filled adventure Final Fantasy is known for, filled with little secrets to find and fun and diverse characters.

Having just played Bravely Default a few months ago and seeing familiar themes such as the four different adventurers brought together by circumstance and the presence of crystals as a focal point to the story, I could not help but be amused with how timeless the narrative themes are. That being said, Bravely Default should just how much further game storytelling has gone in making something rich out of the basic thematic construct. That is not to say that Final Fantasy III has a poor story, but compared to the more modern Japanese role-playing game, it is fascinating to see how far the medium has come. 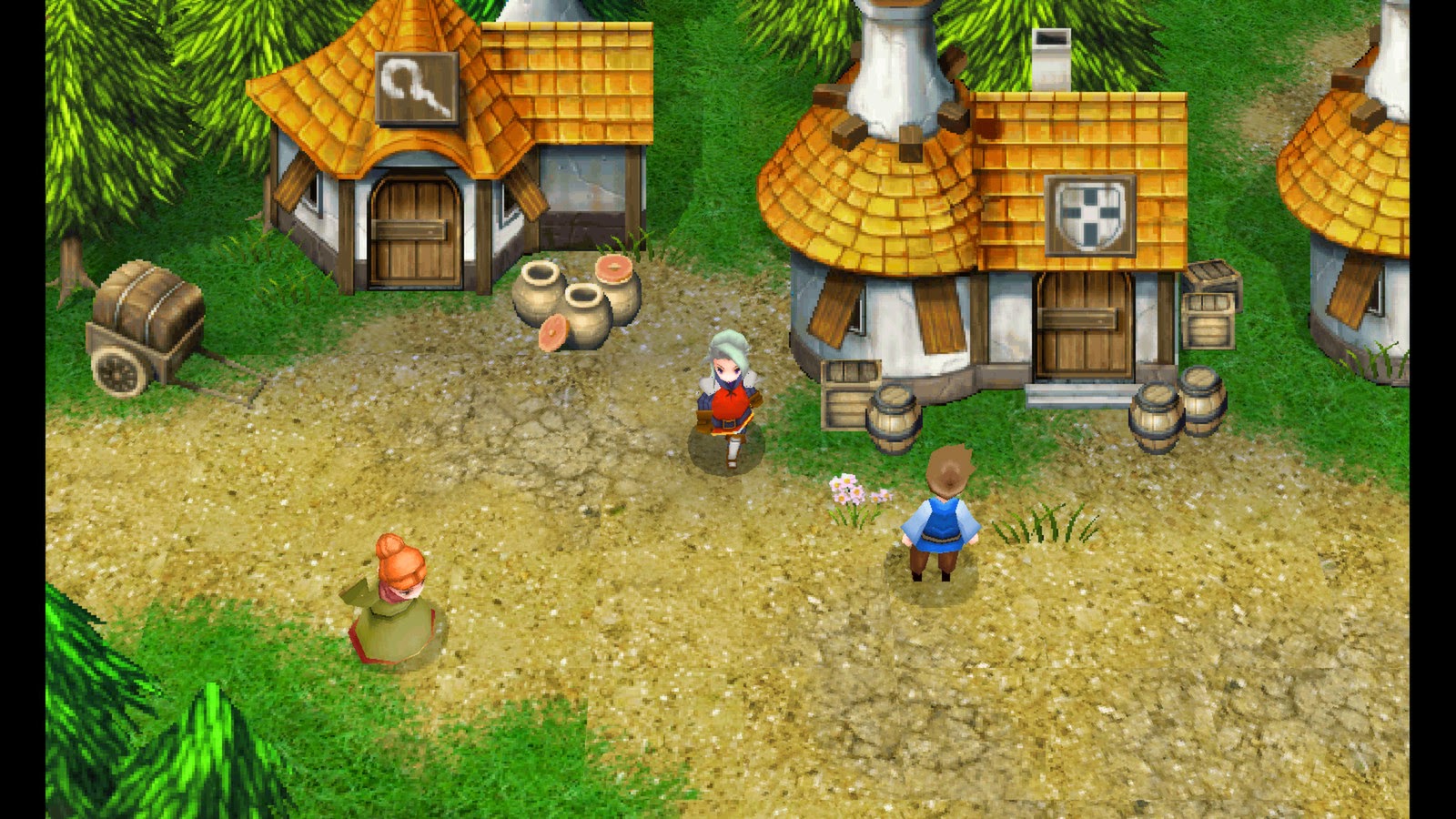 Unfortunately the port did not make a completely clean transition. While I much preferred using a controller over the keyboard and mouse interface, there are apparently some issues for some controller users – to the point where Square Enix has apologized on the game’s page and says it is working on it. I ran into none of those issues, but I did stumble onto a story-breaking bug where I could no longer change job classes and a giant boulder that should not have been there was once blocking my path. I had to reload an earlier save, and thankfully this time I did not do whatever had triggered the break in the game my first time around. Hardly a game killer, but I did have to replay around an hour of the game to get back to that point so I could move on.

If you have already played the DS or iOS version of this game, there may not be enough of a reason to purchase it on Steam now. However, if you missed that opportunity before and want to experience an important part of Final Fantasy’s early evolution, this is an excellent way to do so. The character depth and story detail might feel somewhat lacking compared to newer JRPG titles, but there is an expansive world here that begs for exploration as you grow your characters for future challenges. The overall package is an easy one to recommend.