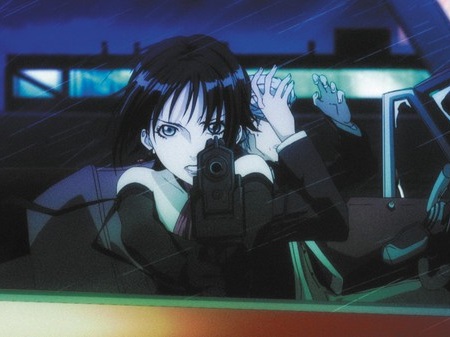 After watching the movie-length anime, Mardock Scramble: The Third Exhaust, I needed to hit up the Wikipedia in order to understand what happened in the previous “episodes.” This is a complex anime, to be sure, and while I wouldn’t advise anyone to start with this “episode,” I absolutely recommend checking out the franchise.

The very epitome of a dark, slick, noire or cyberpunk tale, Mardock Scramble: The Third Exhaust is adult. Not “adult” in the sense of Ikki Tousen or Aesthetica of a Rogue Hero, but rather Mardock Scramble is mature, intelligent, and really quite serious in tone. Upon doing my research I came to understand why this is; this anime is based on a manga, which is in turn based on a series of novels by Tow Ubukata, who might be familiar as the creator of Ghost In The Shell: Arise, and a series of novels called Chaos Legion, which Capcom adapted in the PS2 era into a game that can be best described as “Devil May Cry meets arthouse.” The original novel actually won the Nihon SF Taishō Award in 2003, Japan’s premiere science fiction awards.

So Mardock Scramble, the trilogy of animated movies, has some serious pedigree behind it. The third film, The Third Exhaust, is a heck of a conclusion, even if I absolutely, desperately want to watch the first two now to make sense of it all. It opens in what has become my favourite anime scene that I have ever watched; a battle of wills, as told through a casino. Hazy reds, greens and yellows gorgeously depict an underground world that on the surface seems quite decadent, and the people sitting at the table seem like regular casino players. At the same time there’s a real sense of unease about the whole experience, with extreme colour saturation making the environment seem hostile and dreamlike, and that lets us know that there’s more to what we’re seeing in front of us. 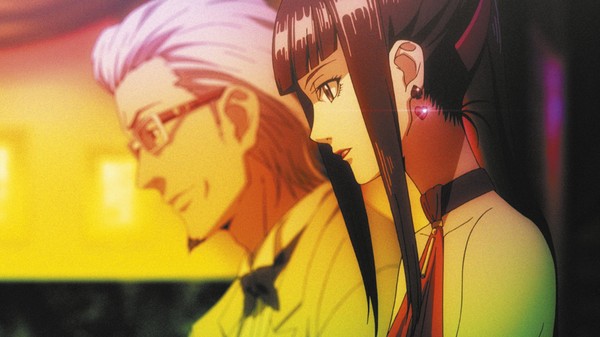 Then the story’s leading woman, Rune Balot, starts to talk to a male voice in her head (an AI called Mouse). Balot is not a regular human; she is a prostitute that barely survives an attempt on her life and is turned into a cyborg by a man called Shell. This all happens in previous Mardock Scramble films; in The Third Exhaust we are following Rune’s attempts to stop Shell and his gang of thugs. That’s why she’s in the casino; she’s following up on a lead, and suddenly the sinister atmosphere of the place starts to make sense.

So Balot sits at the blackjack table, and over an extended sequence we’re run through a long conversation between herself and Mouse about gambling, odds, and strategy. It’s an important exchange because it’s symbolic of the world of Mardock Scramble; its a world of moral ambiguity and one where life is fundamentally unfair. The exchange between Balot and the dealer has the same intensity as the battle of cards in the James Bond film, Casino Royale, but here it’s backed up with some highly philosophical conversation that people who are so inclined to study such things can spend weeks picking apart (perhaps I’ll do a “Game Theory” on it in the future, in fact). Anyone who has watched something like Blade Runner or read something from Raymond Chandler will pick the tone of Mardock Scramble instantly; it might be set in a world of cyborgs and spectacular weaponry, but the basic tale is one of human weakness and the seductiveness of the criminal underground.

This noirish casino opening act eventually gives away to something closer to more traditional science fiction, but some of the excesses that are a hallmark of the noire genre remains consistent throughout the entire 69-minute run of the show; when it’s violent, it’s very violent. When there’s nudity, it’s confronting. Dialogue is direct and impactful. The story loses some of its steam in its final act, relying a little too heavily on generic anime action tropes, but overall this is one of the more effective anime narratives that I’ve come across. 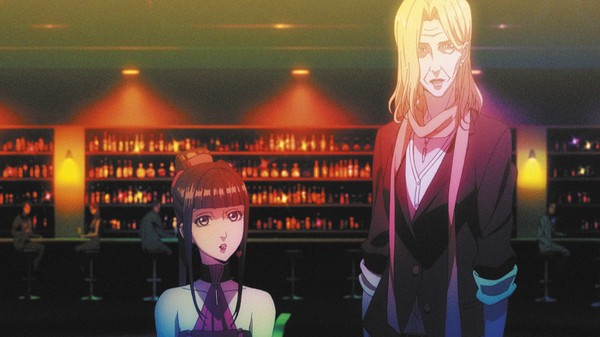 This production is dialogue heavy, with much of its thematic weight carried by extended conversations between characters, and Mardock’s voice actors are all superior. As I’ve already mentioned the artwork from animation masters GoHands is also superior, and the eye for detail also helps out in keeping the action sequences impactful and dynamic. The background music is also very cinematic; far beyond the fairly generic stuff that we see in anime developed for DVD, rather than cinema.

Other people would likely call Mardock Scramble: The Third Exhaust “pretentious,” because it is at times obscure and often excessive, but to me, this is the kind of anime that represents the potential for anime to be something more than popcorn entertainment. It might not be quite at the standard of the likes of Studio Ghibli, but it is most certainly a cut above the pack.

The quality of the DVD package is supreme as well, with one disc offering both the director’s cut and thetrical release of the anime. A second disc holds a wealth of supplementary content, including trailers, a real-world “Blackjack showdown,” a conversation with Tow Ubukata himself, and then a panel session in which the various folk behind the movie talk about its creation. In terms of extras alone, this is one DVD package that’s essential for anime fans.