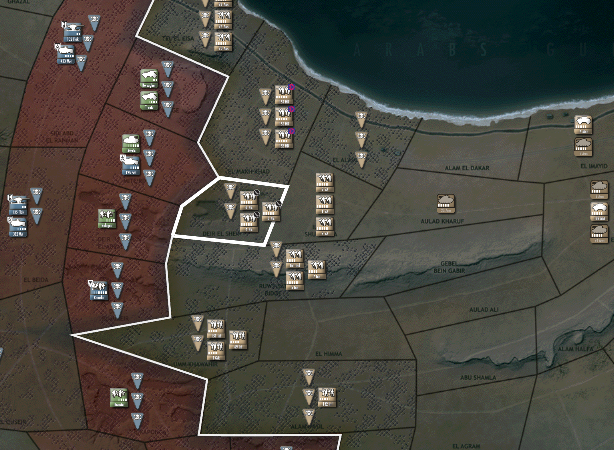 Shenandoah Studios is the ultimate example of what a specialist studio can do with the tablet and smartphone platform to create deep, engaging experiences. Focusing entirely on classical wargames, the studio is on to its third game with Desert Fox: The Battle of El Alamein, and these games go from strength to strength.

For those not well versed in World War 2 history, there are actually two Battles of El Alamein in 1942, and combined they proved pivotal in determining the fate of North Africa. The Allies (Britain, British India, Australia, South Africa and New Zealand) were able to prevent an Axis (Germany and Italy) incursion into Egypt in the first battle, and then subsequently deal them a crushing defeat in the second.

It was a significant battle for a couple of reasons; it was the first major offensive action against the Axis since the war began in 1939, and furthermore it prevented the Axis from gaining access to critical Persian and Middle Eastern oil reserves via Africa. In other words it might not be the most famous battle over the course of the war, but it was one of the most strategically important, and that makes it perfect material for a strategy game. 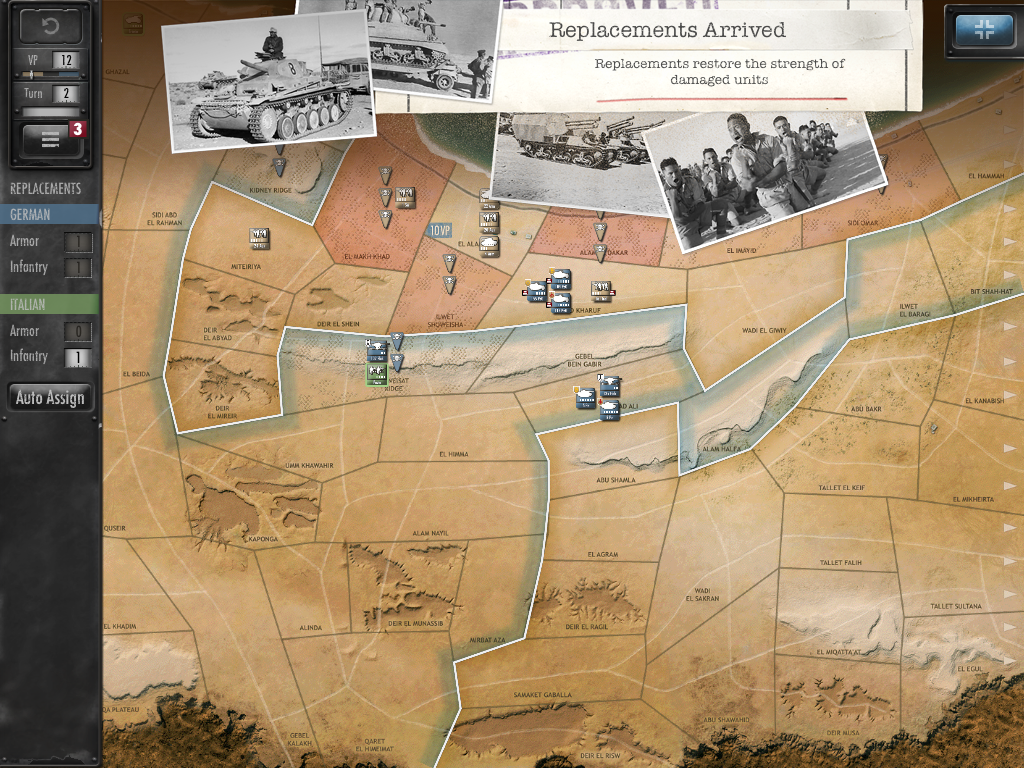 And so Shenandoah Studios has taken the same brilliant engine that it applied to previous apps Battle of the Bulge and Drive on Moscow, and applied it to the shimmering sands of North Africa. As with the other games from the team, this one takes some work to master, but once you get there, you’ll find it an amazingly rich experience that does the fundamental strategy of the time justice.

In Desert Fox players chose between either the Axis or Allied forces, and are dropped into a turn-based representation of either the first or second battle in the conflict. Armies are represented by small “tiles”, each representing infantry, tanks, or a handful of more exotic pieces of equipment, and players are given a different set of objectives, depending on which side they’re fighting as, and whether the side was the aggressor or defender in the historical battles.

From there the game plays out in a turn based fashion, but with some unique quirks. In any given turn it’s only possible to move a handful units. Then the other side gets their turn. This seems like such a simple concept, but the fact that you can only move a few units out of an entire army in one turn forces you to be very selective about what territories you attack and when. In multiplayer the system is especially strong, with enough units to form some very complex strategies based entirely around the order in which units are activated. 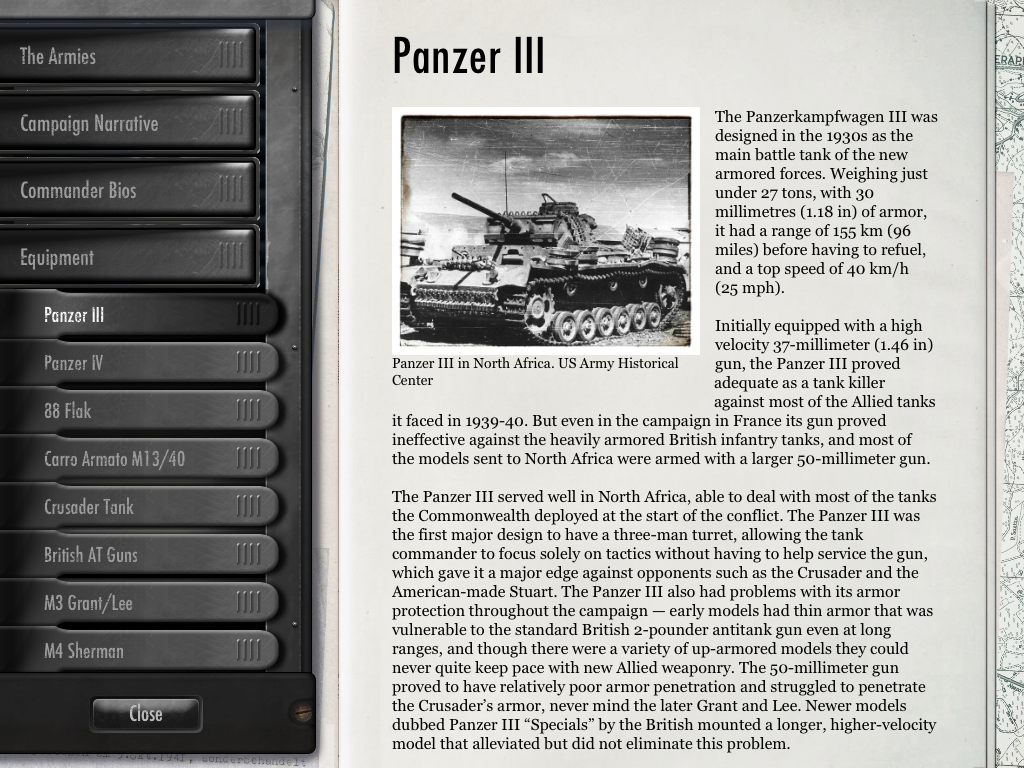 There’s also systems in place that accurately recreate the advantage that elite units have over less experienced units, and the advantages and disadvantages that armoured tanks and the like enjoy. There’s also some systems in place to cover supply lines, which for any conflict involving an environment as harsh as North Africa, is essential for any game that wants to claim accuracy.

However, like any good board game, Desert Fox heavily abstracts all these systems at play into a nice, logical and straightforward ruleset. Some people might be reluctant to hand over the premium price for a wargame that “only has two battles,” but it’s worth noting that this is how wargames work in the world of board games as well, and for a very good reason – by focusing the entire experience on just one or two battles, the developers are able to customise the ruleset for that particular battle in order to maintain historical authenticity. The Battle of El Alamein is, I would be happy to bet, the most authentic recreation of this particular battle that we’ve seen in video games to date, as were the two previous Shenandoah games.

It’s also worth noting that by focusing the experience on just the two battles, Shenandoah has been able to tailor the AI specifically to these two battles, and that in turn means the AI is particularly good. It’s rare for me to say that the AI has been less predictable than playing against human players, but that’s the case here. Admittedly I don’t know if that says more about the AI or the person I played against, but I’ll give my buddy the benefit of the doubt, as he’s usually quite good and pulling some surprising tactical moves in other strategy games. 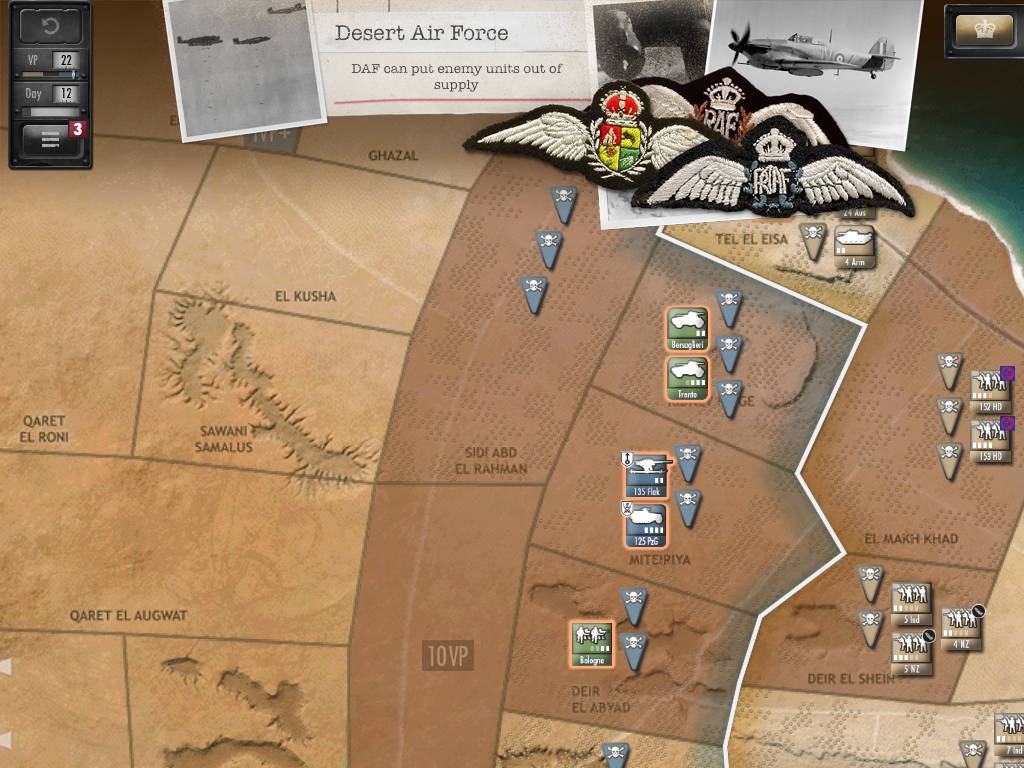 Now with all of that said, I would like to highlight that as great as the base system is that has now powered three games from Shenandoah, I would like to see the team take on a new challenge with their next game. There are certain levels of strategy gaming that is still woefully underdone on the iOS; grand strategy games like Hearts of Iron or 4X games, for instance, and I could see the skill with AI and effective base systems that Shenandoah is a specialist of scaling up well to these genres. No longer a new studio, this team is surely ready to take the next steps as a developer.

Or, if the team would like to continue with these board game-style grognard experiences, perhaps shifting over to a new era of military conflict would allow for some substantially new gameplay systems to provide a little more variety to the team’s output. I’ve been waiting for a very long time now for a port of that classic board game, War And Peace…

That’s not to criticise Desert Fox, mind you. There’s no real criticism that can be levelled at this game. It’s niche, but in servicing that niche Desert Fox combines a near-perfect AI with a brilliant interface and the perfect historical battle to serve as the basis of the game. Serious strategy fans couldn’t ask for much more.

The games of July: It’s a quiet month, but not empty