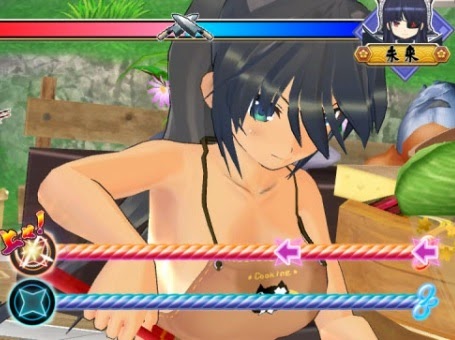 So Atelier Rorona lands itself an R18+ rating in Australia, but take the (amusingly) oversexualisation of Senran Kagura, mix it with cooking and dancing(!) and release it in the same country, and it gets by with an MA15+ rating instead.

Let’s all remind ourselves just how insane the Australian Classification Board is.

Back with us? Good. The bigger point here is that a niche franchise which is getting a game that will be niche for that niche audience is somehow getting a release in Australia. Senran Kagura: Bon Appétit has been rated for release in Australia, and you don’t pay to rate a game here unless you’re actually going to release it.