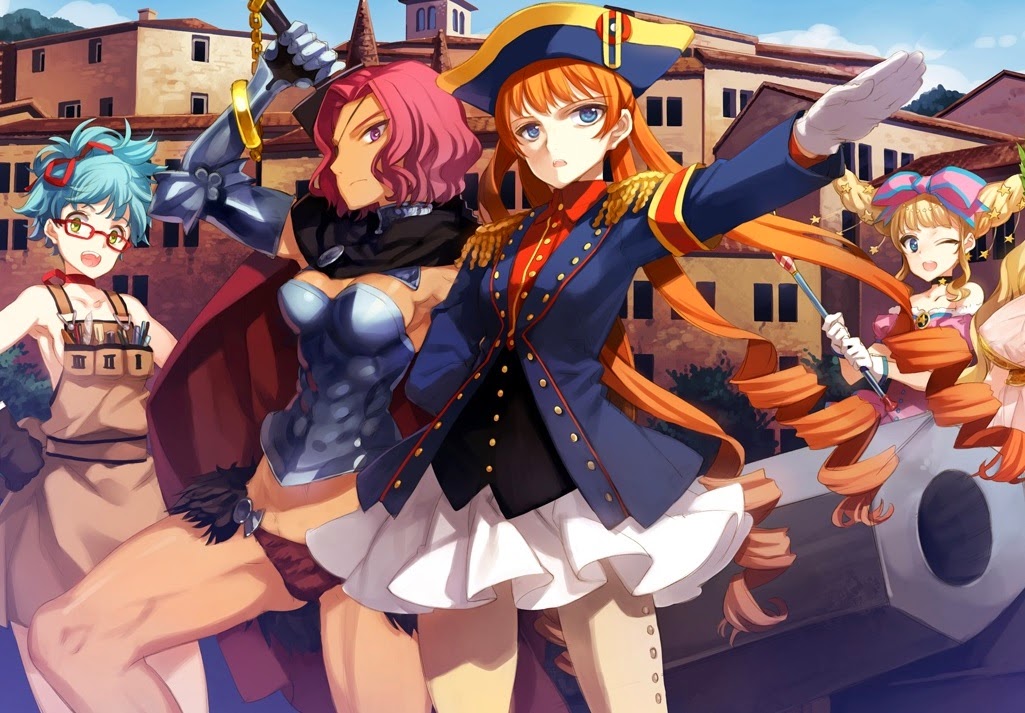 Eiyuu Senki is being released in English for the first time, when Fruitbat Factory localises it for a simultaneous American and Europe release later on this year on the PlayStation 3.

The game is billed as a mix between visual novel and tactics RPG, with over 70 characters, drawn by popular artists, including Oyari Ashito. The game itself was developed and published in Japan by TENCO and 5pb.

In a world wherepowerful nations run rampant and heroes battle one another for supremacy, the great nation of Britannia seeks to unite the world through peaceful means while the European Union has adopted an aggressive policy and the Seafaring Nation of Vinland thrives on pillage and plunder. Far in the east, the small nation of Zipang is stuck fast in a quagmire of civil unrest.

In the midst of all this, our memory-loss stricken main character has a fateful meeting with a Hero of Yamatai, Himiko. Together they settle Zipang’s internal disputes and set off into a world covered with the burning embers of war. Yet another reason to hang on to those PlayStation 3s a bit longer, folks!