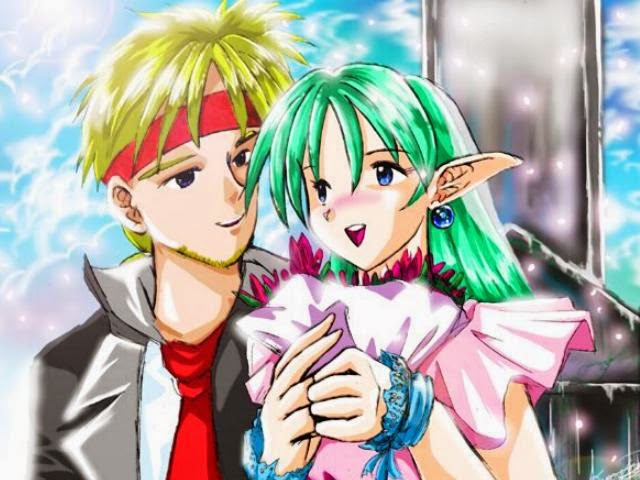 Review by Pierre-Yves L.
3 Stars of Destiny is the latest game from indie outfit Aldorlea Games and is a prequel to its Laxius Force Trilogy (now actually a saga). It looks and feels like an RPG Maker game, but there’s a very good reason this one is sold on Steam for profit.

The stigma of games like these are that people think that the game creators simply slapped together a few environments and characters sprites and claimed they had a game, and frankly, we’ve all played RPG Maker games that are so bad that they are literally a few environments slapped together. The idea of spending $20 for the privilege of playing one sounds a bit rich, right?

(Want to make RPGs of your own? Read our review of RPG Maker here)
Aldorlea Games have been making games using this system for a while now and I pray that they continue to do so as they show exactly what can be done with such software packages. 3 Stars of Destiny obviously isn’t going to be considered innovative, since the base system is restrictive enough to stifle innovation, however that being said, the 16-bit aesthetic that the RPG Maker system is especially good at replicating is a classic kind of fun and nostalgia that, when done well, is impossible to put down. 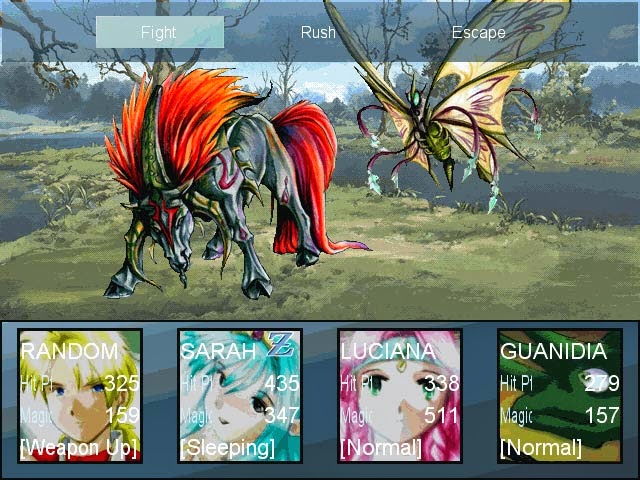 3 Stars of Destiny starts off with asking you three questions. The first question asks you for your preferred difficulty while the second is how frequent do you want the random encounters to be. This, compared to older classics such things were set in stone and not to everyone’s taste was something nice to see. Sadly you cannot change them once you’ve made your choice. The ability to change even just the encounter rate would have been stellar as sometimes it feels like a bit much and at other times you wonder if the monsters have forgotten about you. The third question is if you want to go through a tutorial session with the game or start off right away. I decided to do the tutorial and it is the basic hand holding (which after playing Soulbringer I will never complain about again) for beginners which is a good thing to go through but it’s good that veterans can skip it.

Gameplay is pretty standard and nothing stands out too much at first. Random encounters occur as you walk through fields and dungeons as per your choice selection. A nice touch was that certain locations have on screen sprites that can lead to combat or other events. Where things start to spice up a bit is a little after the introduction scenes where Guanidia the chameleon who is your… pet? friend? Let’s go with lazy household guardian joins the party! He has the chance ability to attack one or two enemies before the battle even starts and is highly effective to Lizard and Bug enemies in general. Other characters have a different set of abilities, such as HP regeneration or other features. There’s a surprising amount of depth with regards to how the characters work off one another in battle and the class system in general is deeply enjoyable and strategic.

The story of 3 Stars of Destiny is a refreshing one. As Random (and his name really is Random, not as in a Random person) players start off having to bring supplies to the hero’s parents in town. Unlike other RPGs, this innocent start is not immediately followed by the town’s destruction, nor is it followed by the parent’s death and setting the hero on a quest for vengeance. Actually, the next sequence involves an Elf making Random mad and everyone else begins teasing him that he is in love with her. And then the two get partnered up for a competition to see who gets to have a scholarship at a prestigious school. 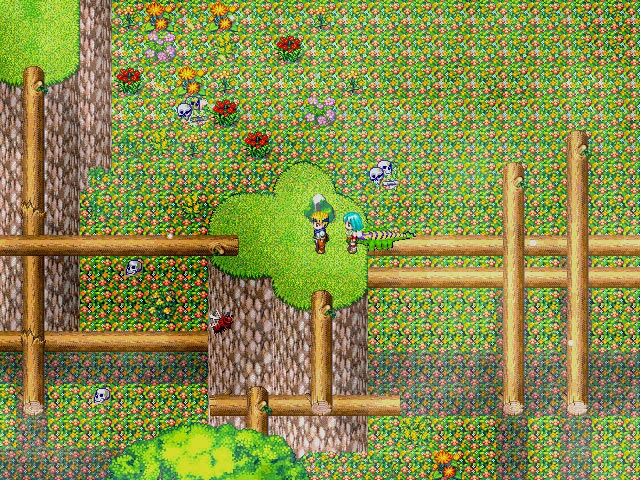 Generally the story keeps you on a linear enough path which makes sense within the context of the game’s narrative and you never really feel railroaded. However linear the path may be though, every now and then you can find side quests for new abilities, characters, and generally more story. The way that the dialogue is written and the way that the characters interact has a natural feeling to it that never seems out of place. In other words it’s obvious that the developers took great care in crafting this story in such a way to keep you interested without resorting to quite so many cliches.

The environments are also well designed. There is no overworld, but each area seamlessly transitions to the next in an elegant and believable manner. 3 Stars of Destiny wants you to explore everywhere to find loot items as well, as they generally help you out in the long run, and can be found literally everywhere. To add to the “explore everywhere” there are hidden rooms spread out across the world with treasures to other incredible items. Several times I backtracked significantly to find items that I had missed the first time around.

3 Stars of Destiny is a perfect example of what of a classic styled RPG should be like in this day and age as well as exactly what can be achieved with something like RPG Maker when in the hands of talent.