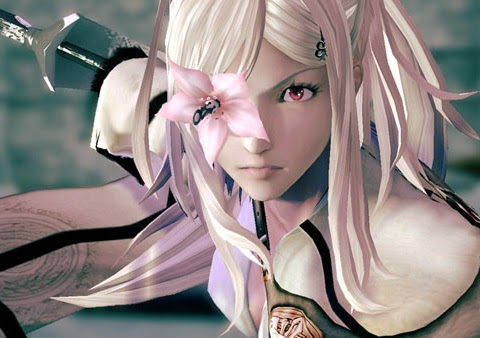 Yoko Taro, the mind behind the Drakengard series (and, of course, Nier, which is all but a Drakengard game), is one of the industry’s true mavericks. He seems to delight in confounding expectations and delivering games that are thematically unique and remorselessly intense.

Drakengard 3 is a game that never should have happened, after the developers of the first two games in the series, and Nier, were wrapped up. But Taro found himself a partnership with Access Games, and, with Square Enix back on board as publisher, Drakengard 3 has been created, and I couldn’t be happier.

At first, Drakengard 3 looks like it’s going to be such a straightforward narrative. It’s a prequel to the world of Drakengard and Nier, and sees players in control of an anti-hero, Zero, who has embarked on a quest to slaughter her sisters (none of which have names, but are rather numbered from one through five), with her pet dragon, Mikhail. Mikhail is the reincarnation of Michael, an immensely powerful beast that was killed in a brief introductory scene while protecting Zero from another dragon. 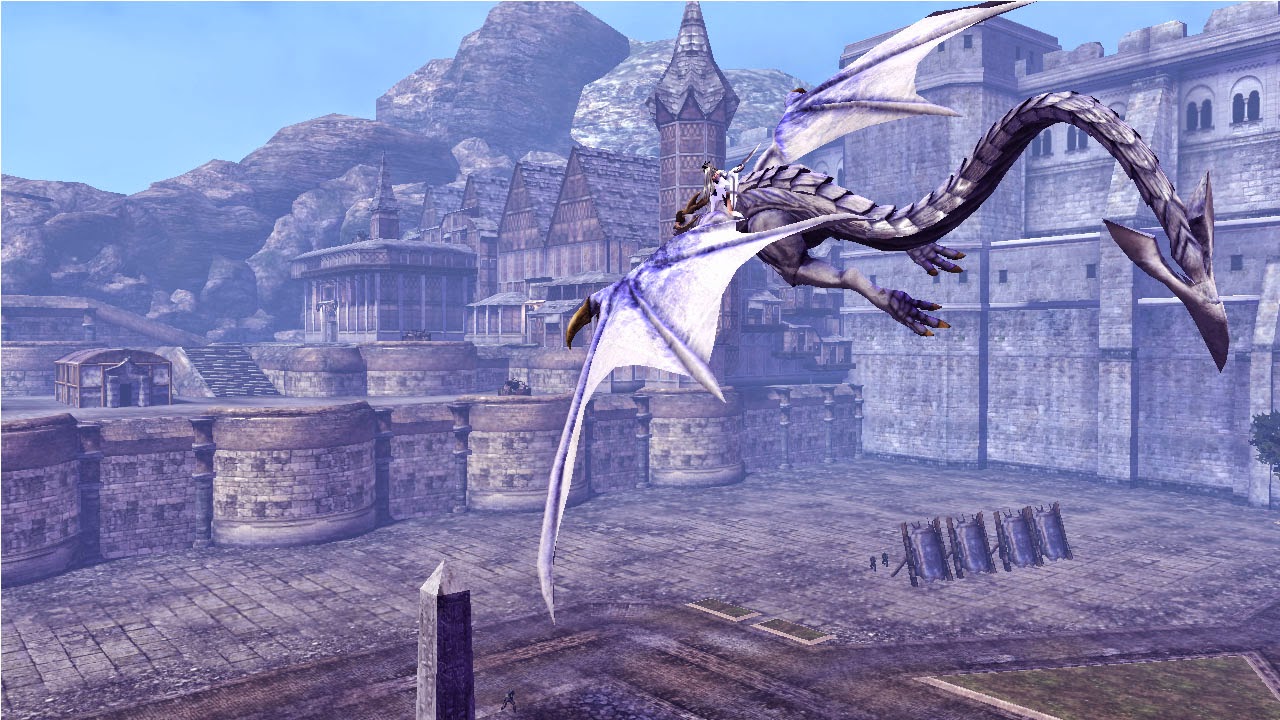 Each of Zero’s sisters, lacking names, instead personify character traits. Five, for instance, is a nymphomaniac that represents lust, while Four is a virgin that symbolises innocence. Each of these sisters are accompanied by a disciple, and each of those disciples have their own personality quirks that mark them out as anything but heroes; one is a masochist, and another represents extreme arrogance masquerading as confidence.

The final set of important protagonists and antagonists are the dragons and spiritual beings that each of the sisters have access to in order to enhance their powers. Mikhail/ Michael is one. Gabriel is another dragon under the control of One, the most powerful sister. Two, Three, Four and Five don’t have dragons, but instead control either a demon or angelic spirit that they can summon to battle. Two, the second most powerful sister, has access to an angel called Raphael. Michael, Gabriel and Raphael… as you can probably tell this is a game that is loaded with Christian symbolism and imagery. In fact, I’d argue that the entire narrative is an allegory to John Bunyan’s classic novel The Pilgrim’s Progress; as with the Pilgrim, players follow a path that takes them through a sequence of themed “tests”, with an ultimate truth being the goal.

As to the truths that players will arrive at from playing this game, I don’t want to ruin the experience by making them explicit. But I will say that anyone who has played Nier knows Yoko-san’s capacity to build shocking revelations into his end-game, and players really need to work through everything that the game has to offer in order to understand it all. As a prequel players don’t need to have experienced the other Drakengard games, or Nier, but existing fans will appreciate the subtle links between the games that have been woven into the narrative. 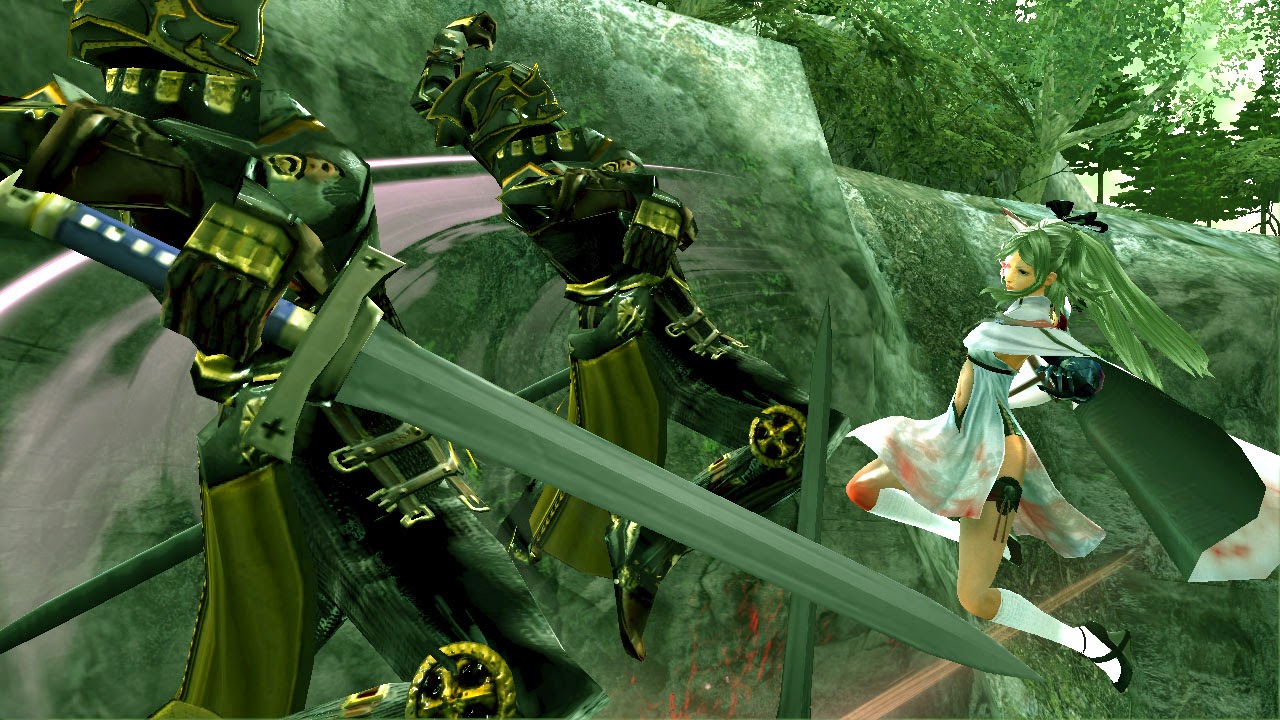 But at first none of all of the above is clear. All players know is that they’re in control of a true anti-hero; a violent, borderline and angry individual who thinks nothing of slaughtering legions and assassinating fairies. But it doesn’t take us long to start questioning these assumptions. Zero is crass and violent, sure, but she has an odd affection for Mikhail. Her sisters, meanwhile, have monsters “protecting” them, and a soldier, as he charges Zero, lets it slip that he was “created” by one of them. What’s going on? Not what we initially assume, and Yoko-san and his team have expertly constructed an aggressive, brutal narrative to keep the mystery alive and drive the player onwards.

It can’t be emphasised enough just how violent this game’s narrative is. The dialogue pulls no punches, and the ways in which Zero kills her sisters are so sickening that the Australian and European version of the game (I’m not certain about the American version) has been censored in specific points. I don’t want to spend too long in this review complaining about what amounts to a couple of seconds of cutscene, but I would like to register my disappointment at this decision. Drakengard 3 is designed to be a game of excessive violence, and it conveys many of its themes about each of the characters and the world they exist within through that violence. Blood fills the screen whenever Zero engages a couple of enemies in melee, while her companions natter on about the wholesale slaughter they would like to indulge in. Even the innocent, child-like Mikhail quickly gains an appetite for killing when commanded by Zero. Within this context, the small efforts of self-censorship only work to dilute the impact that the narrative wants to have on players.

EDIT: It’s been brought to my attention that the “censorship” is in fact a joke and is the same in all regions. With that in mind I’d like to still express my disappointment with it – it does break with the tone of the game, and while Drakengard 3 does have moments of levity – even some very off-colour levity – in this particular instance I feel it does more harm than good.

The world around Zero and her allies is one that deserves her hatred. There’s no sensation of life left in the world, with even the most vibrant of forests looking washed out and corrupted. Buildings that were once grand are now decrepit, ruins crumble. The only thing that moves in the world is hostile to someone or something, and the overwhelming impression that is left is that this is a dying world. There’s nothing left to save here, which is just as well, since Zero has no interest in saving it. 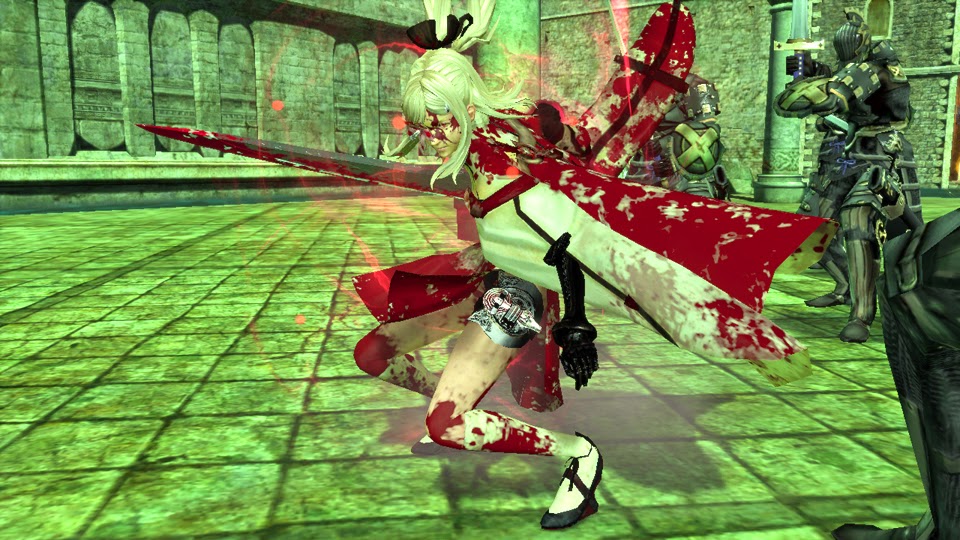 This provides a fascinating contrast with the previous game in the franchise (Nier). They share a similar sense of aesthetics, but where the protagonist of Nier seemed to be fighting for something, and so he operated in a largely open world, in Drakengard, Zero is fighting for herself, and so as a result the level design is relentlessly linear. So focused is Zero on her goals that the environments wrap around her selfish perspective. It does mean that the world doesn’t feel as fleshed-out as it did in Nier, but Drakengard’s focus also becomes its great strength; this is a game that knows what it is, and it keeps players focused on what its telling them.

The actual gameplay takes a back seat to message it want to pass on to the players, it’s fair to say, but it does an admirable job of supporting the narrative. This is a combo-heavy action JRPG, where the developers were clearly aiming for a visceral sense of action, as each attack has a sickening sense of impact and is accompanied by a satisfying sense of feedback as enemies are thrown about the place. The developers have implemented a basic action combat system that requires players to juggle between four different weapon types, and defeat either small groups of enemies or one or two individual large beasts. Swords are the standard weapon, while spears are good for smashing through enemy shields, and gauntlets allow Zero to become a rapid fire boxing machine. As with the Dynasty Warriors franchise there is the temptation to mash the two attack buttons (standard attack and power attack), but in Drakengard 3 players need to make heavy use of the dodge and block buttons, and be prepared to settle into some long boss battles, because those beasts have a load of health.

There’s also some missions where players take direct control of Mikhail in order to take to the sky and rain death from above. You’ll feel adequately powerful when in control of Mikhail, but because levels are so linear, the sensation of flight that should come from being in control of a dragon is largely lost. 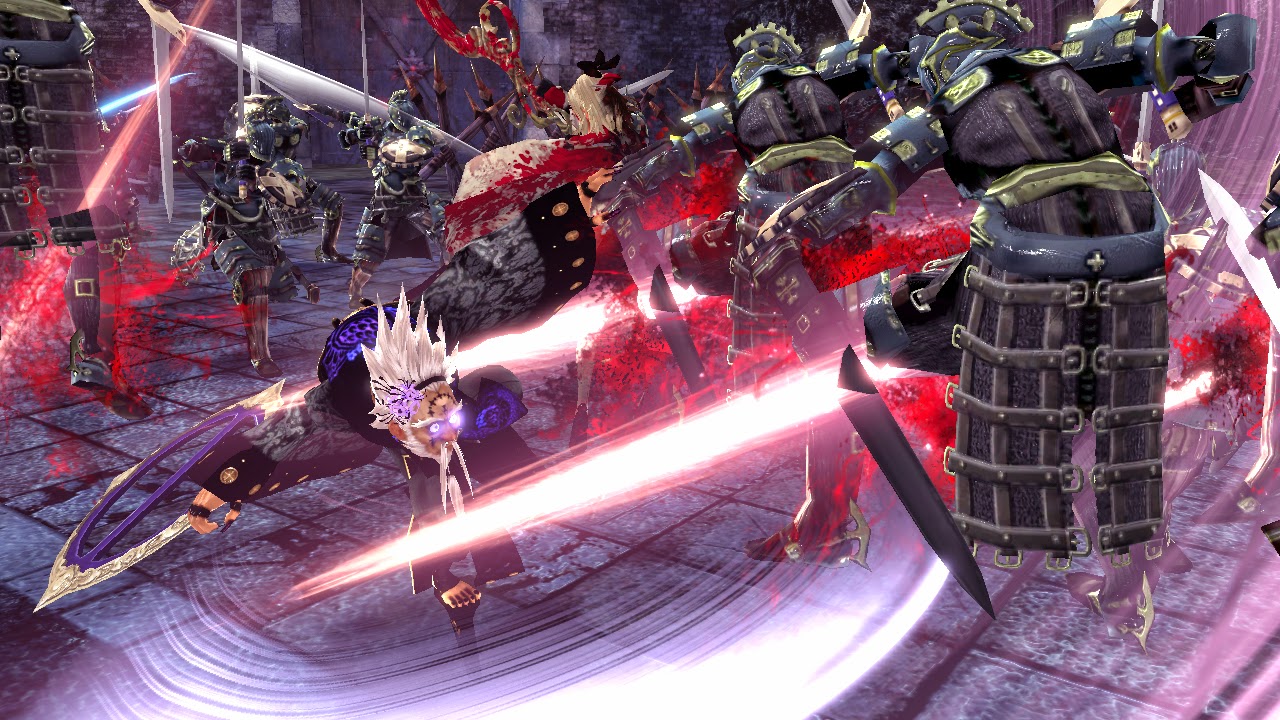 I would also suggest that the weapon upgrade system is too minimalist, and character development too basic even by action JRPG standards. Sidequests are nothing more than challenge rooms of the “kill X enemies” variety, and are also inadequate. On the most superficial level, the game has a soundtrack that is only bettered by Nier, but Access Games clearly had trouble with the Unreal Engine that the game operates on; frame rate slowdowns are regular and pop up is noticeable.

But then this is a game that is most interested in telling a story, and, just as with Nier before it, Drakengard 3 has a plot that is nothing short of a masterpiece. It’s the kind of game that is going to inevitably be under-appreciated by people who can’t be bothered trying to understand it. Judging from some of the other critical responses to the game that have already been published, we’re already seeing that happen.

Elminage Gothic is finally coming out west via PC