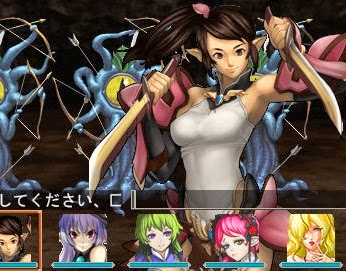 Ghostlight is having a good time with PC games at the moment. Its Record of the Agarest War franchise has done quite well on PC, and now it’s taking the opportunity to start porting Japanese games that haven’t previously been released outside of Japan.

Elminage Gothic is the first cab off the rank. This dungeon crawler is the fourth game in its franchise, and was originally released on PSP in 2012, and the 3DS in 2013.

Now, note, this franchise is very old school. Wizardry-style old school, in fact. It’s brutally difficult, brutally long (Ghostlight is claiming 80 hours+ in play time). For old Dungeons & Dragons fans that remember what a “TSR” is, here’s another great little feature – THAC0 from 2nd edition is in the game!

Elminage has had a patchy record in the west, but we quite enjoyed the one that we played it back in 2012 (Elminage Original). This is going to be one Steam release to get excited for.