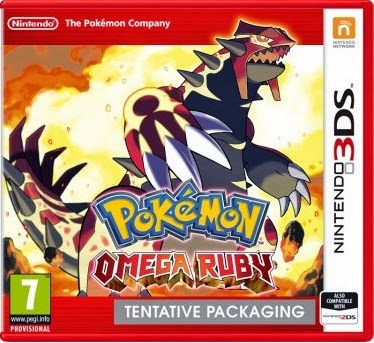 Just a month before E3, Nintendo has unceremoniously revealed two games that Pokémon fans have been clamouring about for years via a brief press release and a trailer. The third generation of Pokémon titles (originally released in 2002 on the Game Boy Advance) is officially coming to 3DS in the form of two new games, Pokémon Omega Ruby and Pokémon Alpha Sapphire.

Following in Pokémon X and Y’s footsteps, the game will see a simultaneous worldwide launch in November this year. Buyers of physical copies in Europe and Japan can look forward to special red and blue cases for Omega Ruby and Alpha Sapphire respectively.
No in-depth details or screenshots of the game have been released as of yet, though Nintendo’s press release promises a “fresh take” on the Game Boy Advance Pokémon titles (which, combined, were the best selling titles for that system). Nintendo has promised to provide further details via the official Pokémon website leading up to the launch of the crimson and aqua duo.
You can watch the brief teaser below:
– Clark A.
Anime Editor
Email me at: clarka@digitallydownloaded.net
Share this

Review: The Amazing Spider-Man 2 (Xbox One)