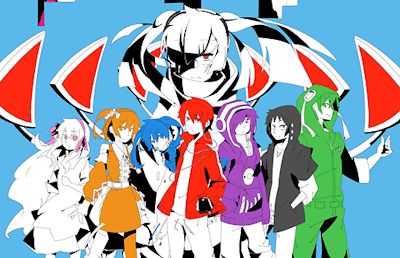 The Kagerou Project is a series of Vocaloid songs that conveys narratives musically, be it through very literal lyrics or abstract, metaphorical means. It was accompanied by several light novels before their popularity allowed enabled a transition into a manga series and, now, an anime in the form of Mekakucity Actors. In other words, it’s a franchise with plenty of history in its coffers and an avid fan base.
With that in mind, I have minimal experience with The Kagerou Project and thus no clue how accurate Mekakucity Actors is to its source material. What I know so far, though, is that this anime is suiting up to be a riveting tale based solely on its own merits.
Mekakucity Actors centers around a group called the Mekakushi Dan (Blindfold Gang). Each member has a specific power that activates whenever their eyes glow crimson. The abilities showcased so far are ones that should have inventive applications when the show incorporates more action, especially compared to the overexposed sword-wielders and pyromaniacs we’ve become familiar with in the genre. For instance, there’s a shy idol whose eyes captivate anyone watching her, be it in person or through a television set. 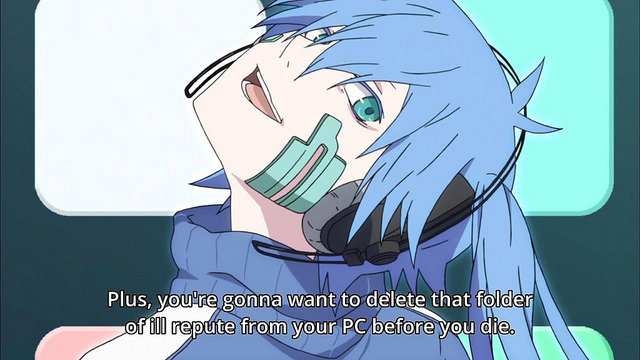 The biggest takeaway so far is the pacing. The four episodes I watched were essentially character introductions with each subsequent episode switching time periods and character perspectives. I’m assuming this is only temporary, but this roundabout method of storytelling is certainly an engaging one.
As much as I’ve enjoyed these slow paced introductions to the characters though, I’m concerned about how much ground the story can cover if it continually focuses on the gang’s formation rather than the activities promised by the premise. To put things into perspective, a third of the show’s twelve episodes are used up and there are still characters with backstories to delve into. I’m hoping it avoids a Deadman Wonderland situation by not getting cancelled before a second season can be made if that’s the direction it’s heading.
It also warrants mentioning that the music that led to the Kagerou Project’s success is still very much an integral component of the anime, even if I can’t parse the meanings. Each character stems from a particular Vocaloid song, so you can imagine the background music is top-notch. As they’re generally played towards the end of an episode, they help shed some light on the subject matter without feeling out of place. 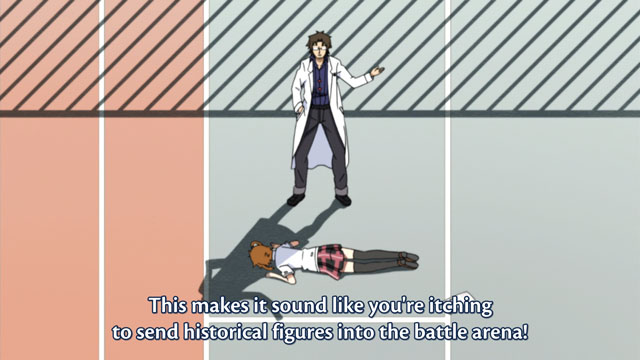 It’s hard to speculate too much at this point about the show’s long-term value because any time it starts to come as generic there’s some unconventional idea thrown in to rejuvenate things. Even SHAFT’s trademark animation style has been cranked up to eleven, making for some very trippy scenes with symbolic imagery. I’m sure prior knowledge of the songs helps fans out a lot, but don’t know what to make of all this. That said, my lack of knowledge makes the process of discovery all the more exhilarating. I just don’t know what’s going to happen in this series, and for anime that is refreshing indeed.
The show’s mettle will be properly tested once the characters are all established and the plot is moving forward, but for now I’m thoroughly intrigued. It’s anime that oozes personality, visually and conceptually, so I’m looking forward to seeing that in full bloom.
You can watch the show here.