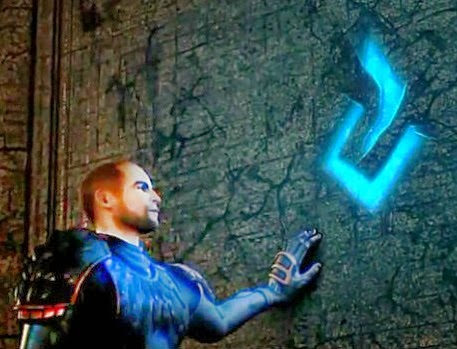 Magus is a truly weird game that is unlike anything I’ve played this generation. It combines the aesthetics of a B-grade fantasy RPG with shooter mechanics that feel like they’re taken directly out of one of those old school fantasy FPSers like Heretic and Hexen. It then plays out in third person, gives you an AI support, throws in a rudimentary skill tree structure, and then you’re meant to believe that you’re a god.

None of this is necessarily good, but it is unique, which is quite impressive given how long the PlayStation 3 has been around.

Magus’ limitations and budget production values are evident from the outset. The lead character starts out imprisoned within a tower (where he has been his entire life), but a mysterious woman breaks in, tells him to repeat a sentence, and when he does this he becomes a god. I kid you not, this is precisely how the opening five minutes of the game kick off. Dialogue in cut scenes never really improves from this point. It’s very amateur, almost fan fiction quality at times, and it doesn’t set an especially inspiring scene. I’m not even entirely sure if there are some great ideas behind the narrative, because it’s that simple and generic, and this is a real disappointment, because if there’s one thing I like to see in games it’s a well written (whether epic or minimalist) narrative.

The lead character doesn’t even come away from the narrative looking like a decent fellow. He’s quite willing to kill defeated enemies that beg for their lives. Frankly, I finished up the game fully supporting the thought process that led to his imprisonment in the first place. 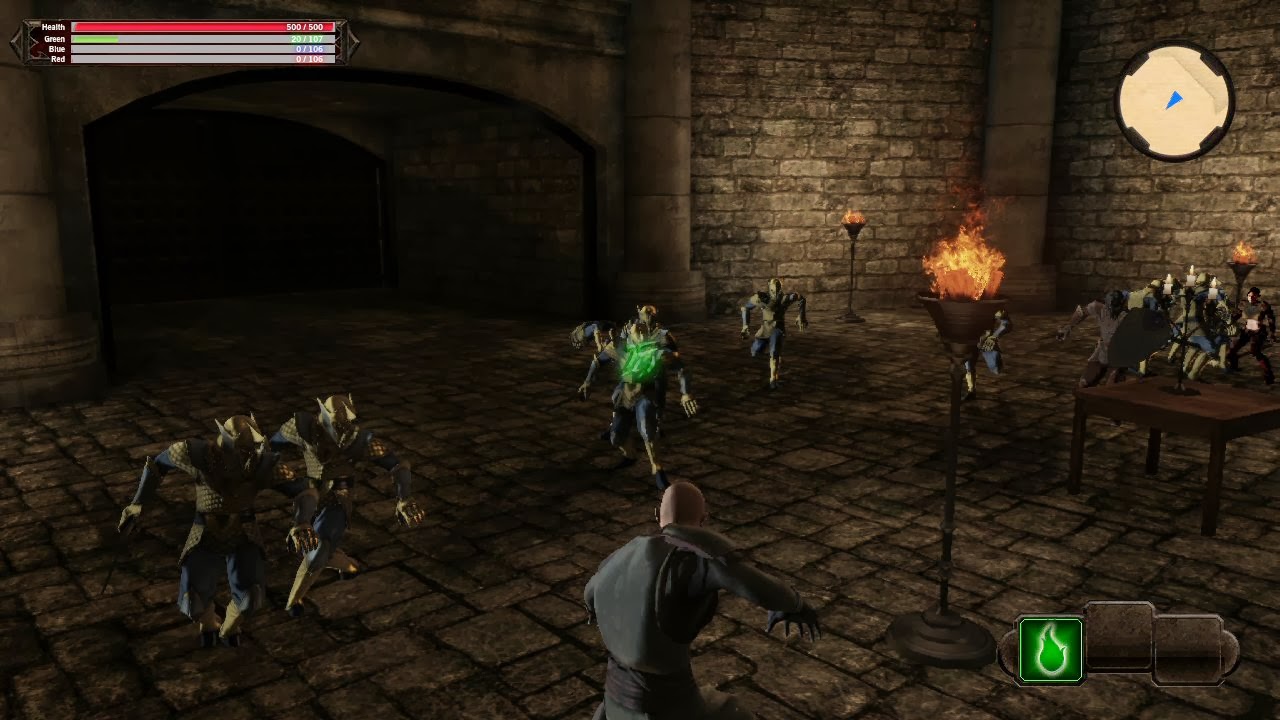 As a god, this fellow is now able to shoot orb things at enemies, and after being hit by enough of these orbs, the enemies will fall over and die. There’s also a couple of magic spells that can be unlocked that do more damage, but for the most part the game can be won as follows – start shooting at the enemy while strafing backwards. Enemies tend to come in large hordes, so it will take a while to down them all. Then it’s a matter of heading back to where the conflict started to continue on the adventure. When the combat takes place in an enclosed space you simply run around in circles firing randomly because it’s going to hit something.

These kinds of tactics worked for classic games such as Doom and Heretic, and at first it was almost quaint that a modern game would follow the same basic structure. But as with other classic-style action games (such as Painkiller) eventually the nostalgic rush fades and what’s left is a game that feels badly undercooked. 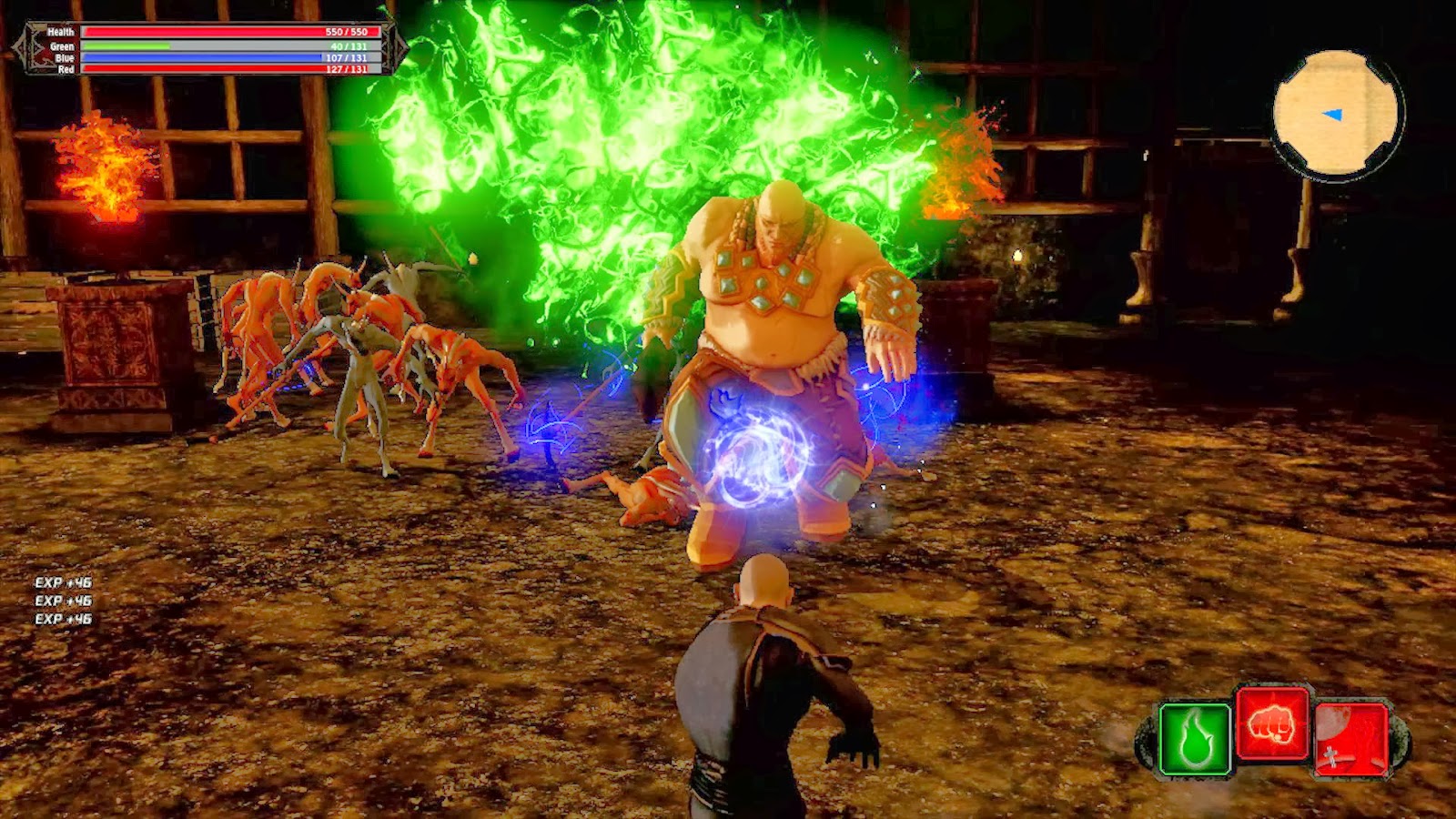 If the upgrade system offered some complexity than it would help flesh out the combat, but it doesn’t really. The skill tree unlocks itself as you move through the game, and the strategy, such as it is, is limited to picking the best set of spells available at the time. Similarly, there’s a too-limited range of statistics to keep track of, and it doesn’t always feel like improving the stats has an impact on the character’s performance in the battle.

Throw in the fact that the game looks quite cheap (it does have a nice soundtrack though), and Magus is very much a budget production, and never manages to hit notes that elevate it beyond that. There aren’t many technical flaws in the game (though enemy pathfinding is a little funny at times), but if I am going to play a B-grade game, I want something that can compensate for its limitations.

Give me a quality plot, or an interesting setting, or something to impress me enough to work through its weaker elements. Magus doesn’t offer any stand out feature, which makes it difficult to get too excited over.