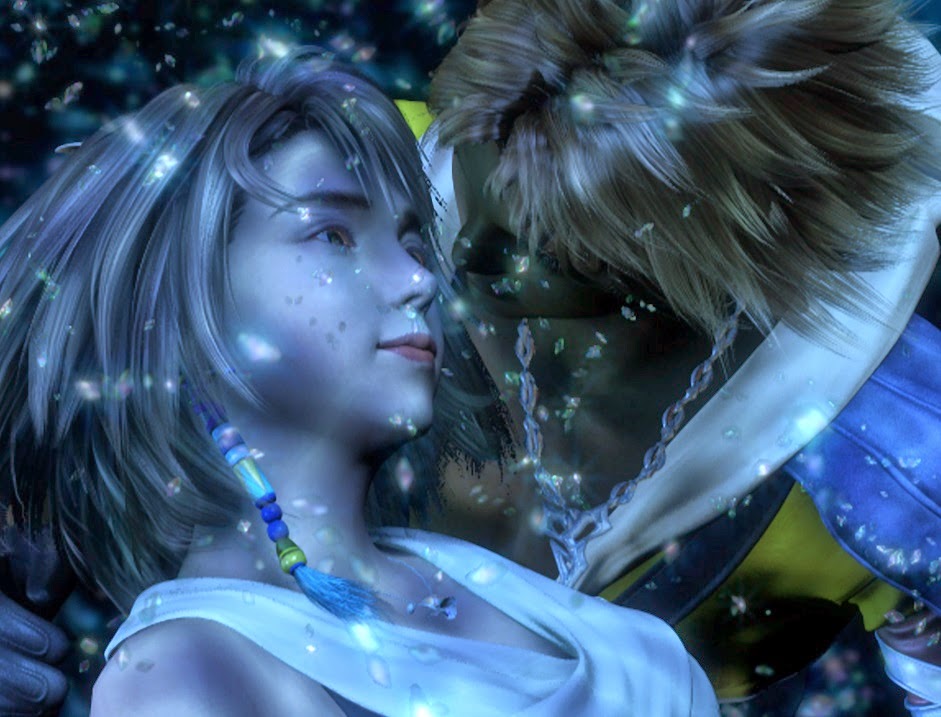 At its core, Final Fantasy X is a tragic love story, with some pretensions to Shakespearean philosophy and high drama. It’s not always successful in achieving such lofty goals, but that doesn’t stop it from being one of the finest Final Fantasy games ever designed.

If you were to picture a fantasy world where an time travelling boy with father issues meets a young and beautiful priestess on a life-and-death quest to prevent a destructive force of nature, then you’d be at the plot seed for Final Fantasy X. The boy is Tidus, and the girl, Yuna. The destructive force, Sin.

It’s not the most subtle story, as anyone who has played it knows. Yuna is conveniently off-limits to Tidus by virtue of her religion. Cue romantic tension. From an awkward first meeting, to Tidus’ sheer frustration as Yuna is married off, to the conflict with her new husband, Final Fantasy X takes players through a complete relationship cycle. Ultimately the two come to the ultimate realisation that they are indeed in love and share an evening swim in a pool that’s a real tear jerker for reasons that I won’t spoil for anyone who hasn’t played the game. Final Fantasy X’s romance arc follows a plot thread that is very genuine, even if it’s hardly as original or notable as the great love stories that it emulates. 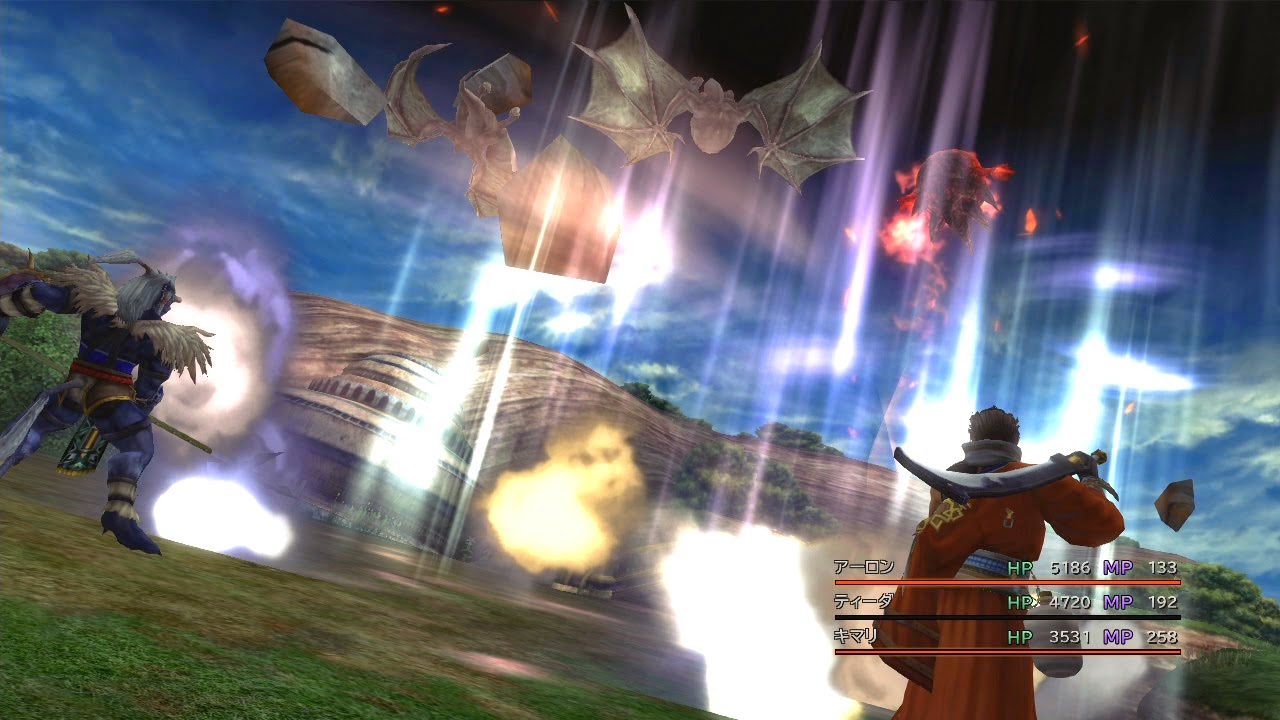 Unfortunately, the voice acting isn’t quite up to the emotional task that the story demands. Tidus especially is from an era when developers were still figuring out how to effectively write lines of dialogue to be spoke aloud, and the voice actor cast for the leading man turns in a performance that is so amateur it’s difficult to witness now. Yuna and the other actors do a generally better job, but individual lines of dialogue are often quite poorly written for everyone and lack the naturalism required for truly effective delivery from the voice actors. Say what you want about Final Fantasy XIII and its sequels, the voice acting is generally far superior to what’s on display here.

Sitting underneath the romance story are some more serious themes, and there’s a particularly effective conversation around religion within Final Fantasy X. As I mentioned before, the world of Final Fantasy X, Spira, is a world threatened by a persistent primal force called “Sin.” This creature is itself a fascinating theme within the game. Sin is a reaction against technological progress and can be seen as the natural order of Spira’s reaction to humankind exploiting technological advancements too far. Forced to return to a time before technological proliferation, Sin continues to harry the Spirans, as a cleansing force not dissimilar to the Reapers of Mass Effect; it appears every so often to “reset” the natural order. Where the Reapers remove life from the universe, however, Sin is a force of nature that is designed to test people’s faith in the “rightful order” and whether they’re willing to make some extreme sacrifices in order to reset their lifestyles to a simple but wholesome way of life. 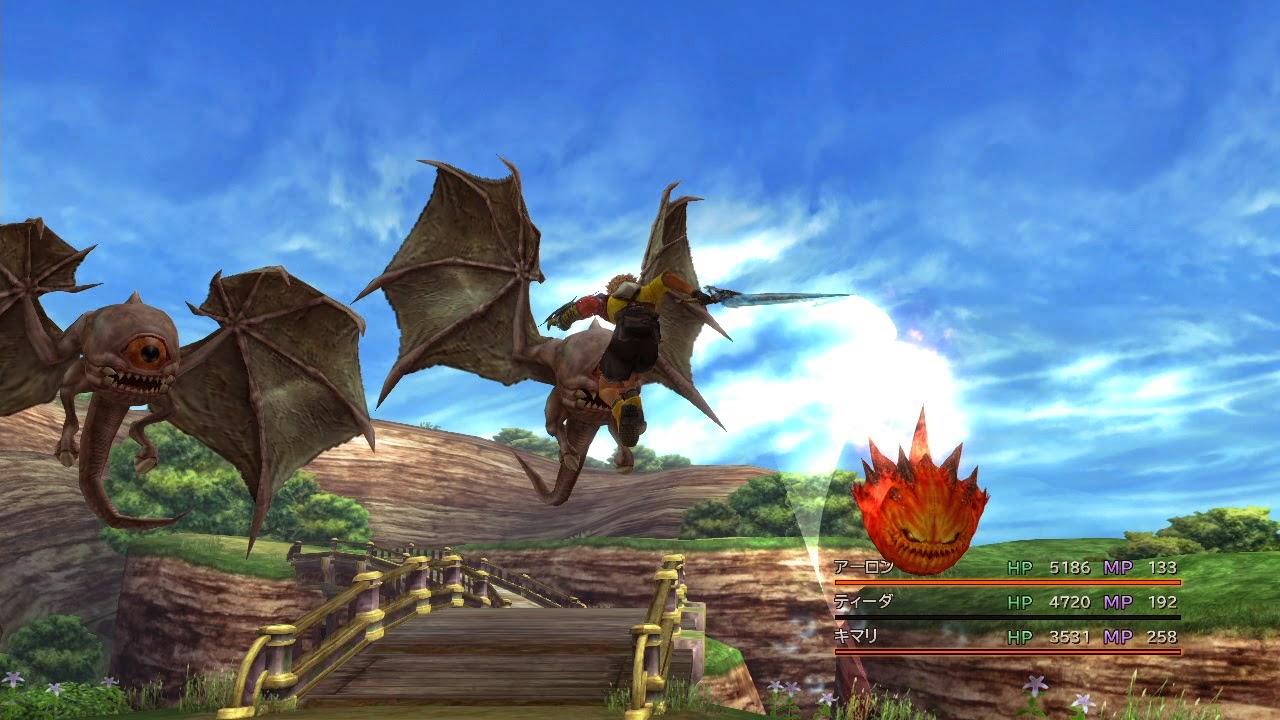 And so the people come to understand that religion is the power of the people to prevent Sin from, literally, destroying them all. Unsurprisingly, there are questions raised through the game around this faith, but I do believe that at core, Final Fantasy X is a deeply spiritual game. It’s critical of corruption within a religious establishment and the game argues that dogma that limits individual freedom should be challenged, but there’s never the impression that Final Fantasy X challenges the idea of spirituality itself, which I’ve seen other people argue about this game in the past.

So Final Fantasy X underpins some rich themes around religion with a story of personal romance, and it’s a compelling enough story with enough twists and turns to keep players interested through to the end, and perhaps even get them thinking from time to time. Of course, if the gameplay itself wasn’t up to scratch then no one would stick through the sheer length of Final Fantasy X. Thankfully, it very much is up to scratch.

Final Fantasy X features a turn-based combat system that I’ve explained in my previous review of the PlayStation 3 version of X/ X-2 Remaster. To summarise again here; it’s a deep, rich and strategic combat system which manages to be both very traditional and very modern at the same time. There’s no one right way to play Final Fantasy X, and that makes it very replayable indeed. 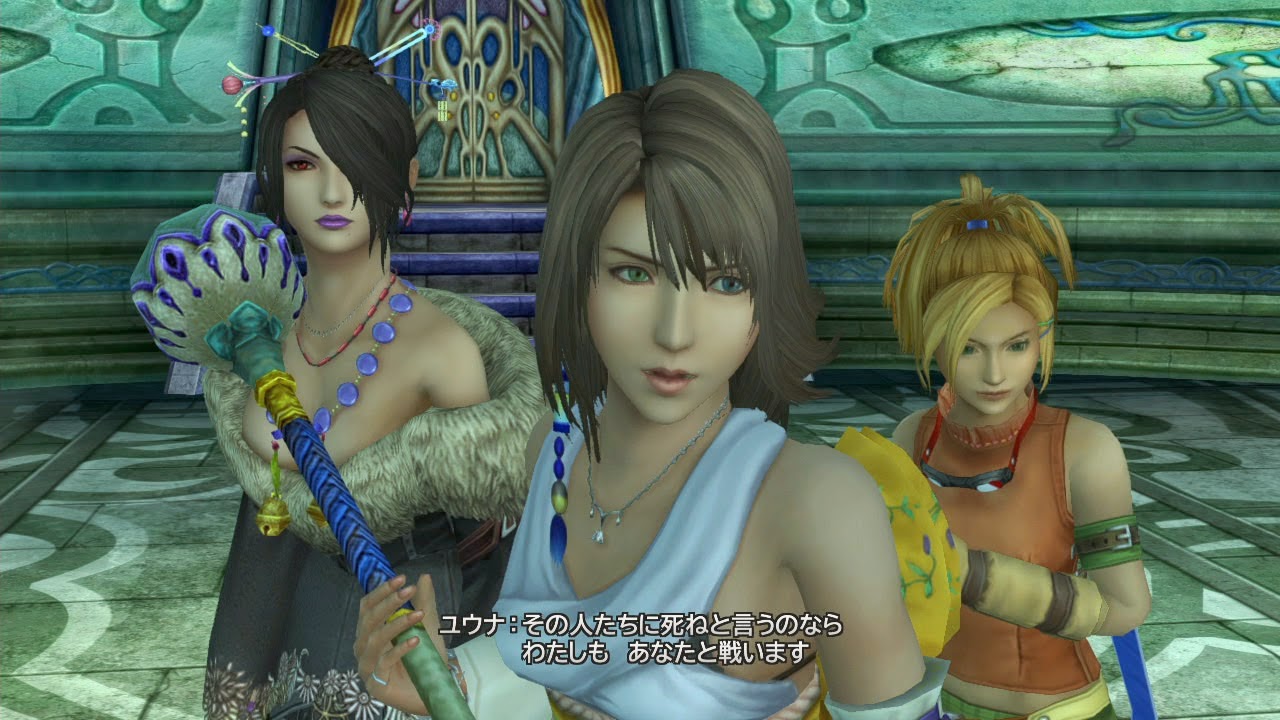 As well as going more in-depth with the analysis of the narrative, the other reason I wanted to run a second review of the Remaster of Final Fantasy X is to mention just how wonderful it is having such a game in portable form. When I was playing this game’s original release on the PlayStation 2 handheld games weren’t capable of decent 3D graphics. Now a game that blew my mind for its visual and cinematic quality on a big screen TV is on a device I can play anywhere.

It doesn’t look quite as good on the Vita as it does on the PlayStation 3. There’s a certain softness to the aesthetics on the portable version that are simply not as sharp as they are in a crisp 1080p on a nice big screen. But it’s only a slight loss in quality. For the most part Final Fantasy X is a perfect port of the PlayStation 3 game, and with save exchanges being possible, it’s a game that you can play at home on your big screen TV, and then pick up wherever you left off when on the go.

The Vita has no shortage of quality JRPGs on it, but Final Fantasy X HD Remaster should certainly be in the running for being the finest. With a rich narrative, quality gameplay, and a now in portable form, it’s one of the finest games in the entire franchise.