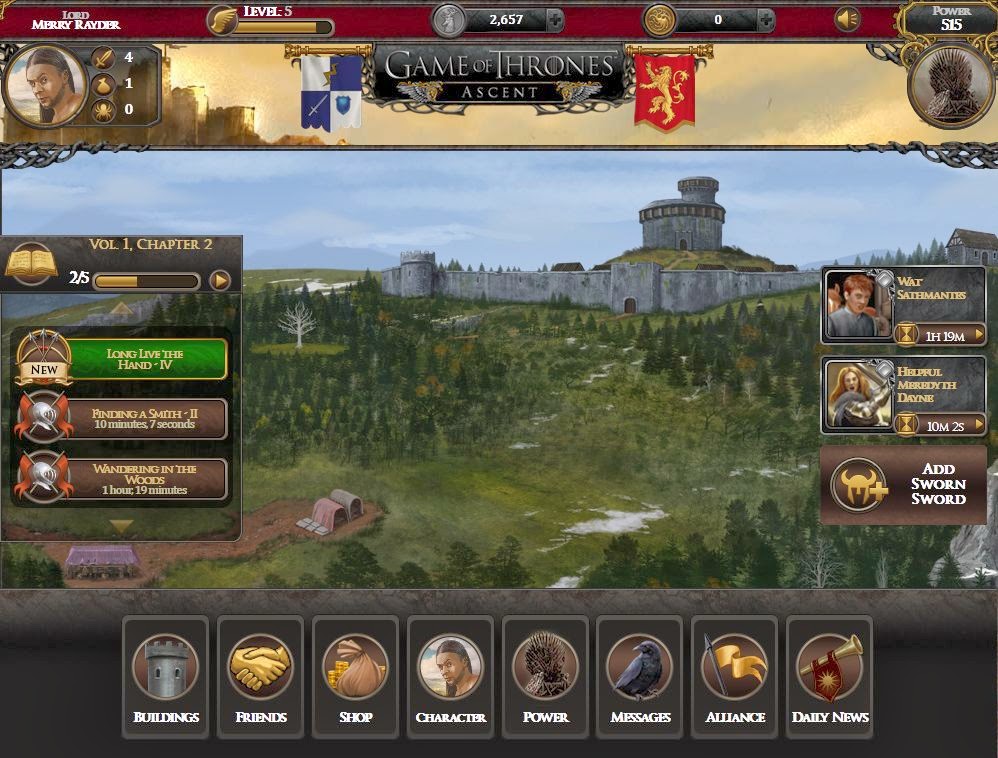 Game of Thrones hasn’t had the greatest track record when it comes to video games, and this is a truly insane fact. Seriously, being the brand manager of that franchise and finding a game developer talented enough to do it justice would be so incredibly easy.

But while those previous games were bad, the new one is worse. Game of Thrones: Ascent, from Disruptor Beam, has been around for a year now on Facebook, but it’s moved over to iOS as a free-to-play game, and as such I’ve finally noticed that it exists… and I really wish I hadn’t.

Standard disclaimers that I appreciate free-to-play when done well and don’t actually have a problem with such games in principle, Game of Thrones: Ascent is one of those horribly formulaic and cynical free-to-play games where players need to grind, and grind, and grind, or hand over real cash to cut corners. None of the soul of Game of Thrones has been captured by this piece of butchery, and this fact makes me very sad indeed.

You’ve got a setting filled with extreme sex and gore. It’s got political intrigue out the wazoo. Just about every character that exists with in the setting is so purely love-to-hate that it makes for a compelling page turner (or a TV series you simply cannot put down).

So why does Game of Thrones exist? Is it really that hard to pick up the phone and speak to whoever runs Bioware or CD Projekt Red? Do the franchise managers really believe that the franchise is worth so little that fans of the series will be satiated by nonsense Free-to-Play games? Or is a secret conspiracy by George R. R. Martin to make people so bored of games that they turn back to traditional entertainments like reading and TV?

Whatever the reason, the license deserves better than this nonsense.