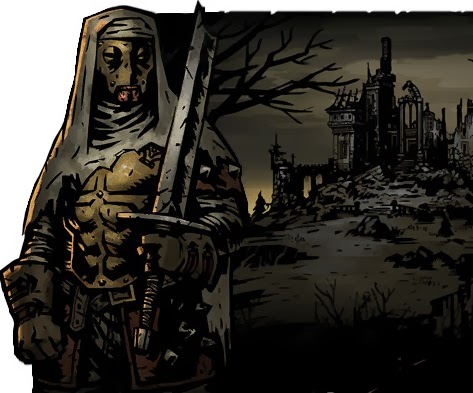 I thought I would briefly mention yet another spectacular-looking Kickstarter, because I suspect Darkest Dungeon is going to scratch a certain itch that a lot of gamers have.

What we have here is a gothic horror-fantasy hybrid RPG that promises to be hard… and hardcore. Think Dark Souls but turn based and random levels and you’re probably looking at this game.

“You’ll battle not only uninmagineable foes, but stress, famine, disease and the ever-encroaching dark,” the Kickstarter page explains to us. We’re promised strange mysteries and a strategic turn-based combat system.

All of this is wrapped up in one of the most striking hand-drawn art styles that I’ve ever seen.

The game will release on PC and Mac for certain. Depending how the developer goes it will also be looking at tablet and the Nintendo 3DS (holy Hannah I want this game in 3D).

The Kickstarter still has a long way to go, but it has already well exceeded its goal. You can still throw the devs a dollar or two to get early access and help it towards its intriguing stretch goals. Otherwise, just watch this trailer, drool, and mark this one down as a game to watch.

Almost no best-sellers in Australia were developed in Japan.

Last chance! Go in the draw to win yourself a copy of Ys: Memories of Celceta