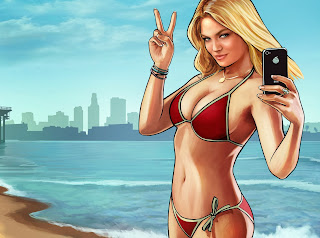 Here’s a bit of depressing news; MCV Pacific has published the list of the 100 best selling games in Australia in 2013. GTA V won, unsurprisingly, but aside from a couple of Nintendo-developed 3DS games (Pokemon, Animal Crossing and Luigi’s Mansion), four games in the entire list was developed in Japan. Those games? Two different Gran Turismo games, Naruto Shippuden: Ultimate Ninja Storm 3, and the remake of Kingdom Hearts.

Japanese publishing performed a little better, with the likes of Square Enix backing some very popular western developed games, but I find it spectacular and more than a little depressing that Army of Two is on the list, but Ni No Kuni is not. The now-ancient Assassin’s Creed: Revelations is on the list, but nothing developed and released by Tecmo Koei in 2013.

Just looking down the list, an overwhelming percent of the games in the list are shooters, open world games, or racing games. While those genres are all great fun, it disappoints me that consumer’s tastes appear to be so limited that they don’t look beyond those “safe” genres.

I’m sure there’s a similar story to be seen if you look at the top 100 films from the year, but fingers crossed that the games industry and its consumers start to develop a broader palate when it comes to games they like playing in 2014.

Try telling me that Darkest Dungeon does not look incredible