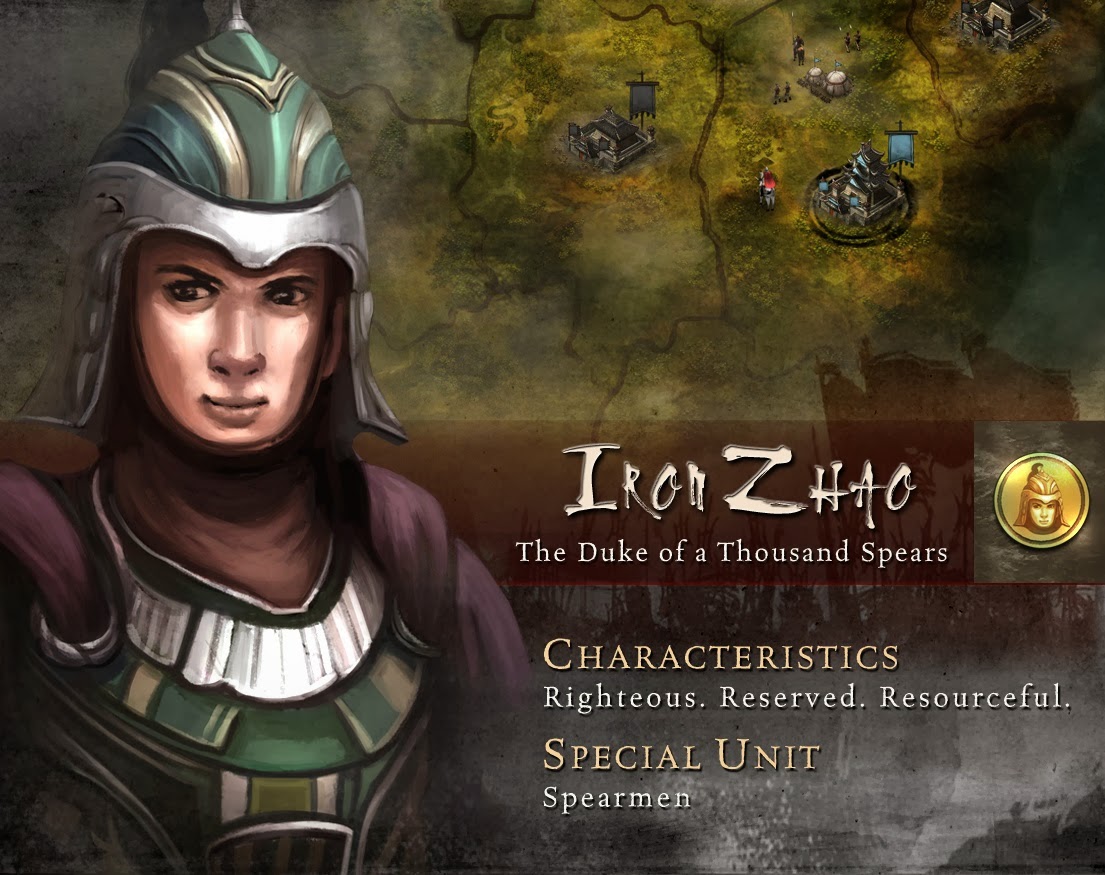 I like playing empire-building strategy games on my iPad. The genre works great on touch screens thanks to its slow and methodical pace, and when done well they are so strategic; not only are you in control of the rank and file during direct conflict, but you’re also building up cities with infrastructure, collecting resources, and engaging in both diplomacy and political sabotage.

A couple of years back, a particularly good real time strategy game was released on the iPad. Autumn Dynasty was notable for both its tight and strategic gameplay, and a striking hand-drawn art style that remains distinctive even now.

A simple sequel would have been welcome. Some improved multiplayer features (essential for a RTS, and not great in Autumn Dynasty) and a new set of missions would have been enough to justify an “Autumn Dynasty 2,” but the developer, Singapore’s Touch Dimensions, has not taken the easy route and simply built on its existing work. Instead, the sequel to Autumn Dynasty takes things to the next level entirely, and turns the RTS into an empire-building grand strategy game, and the result is one of the most compelling games in its genre available on any platform.

Set in ancient China, players take on the role of a general with the goal of taking his small section of China and turning it into a sprawling empire. Military conquest is the name of the game here; unlike something like Europa Universalis IV on the PC where players can achieve a cultural or economic conquest, the only way to get ahead is to beat the opponents into submission. Still, where on the lower difficulty levels you can trounce enemies with little trouble, on the higher difficulty settings you’ll need to form alliances to prevent being attacked from a couple of different directions at once. The focus on military conquest being the only real way to progress is quaintly retro; people who have fond memories of the first two Civilization titles will immediately understand how the win conditions in Warlords works, and how to bend the diplomacy system to ensure that you’re able to focus on a single opponent at a time. 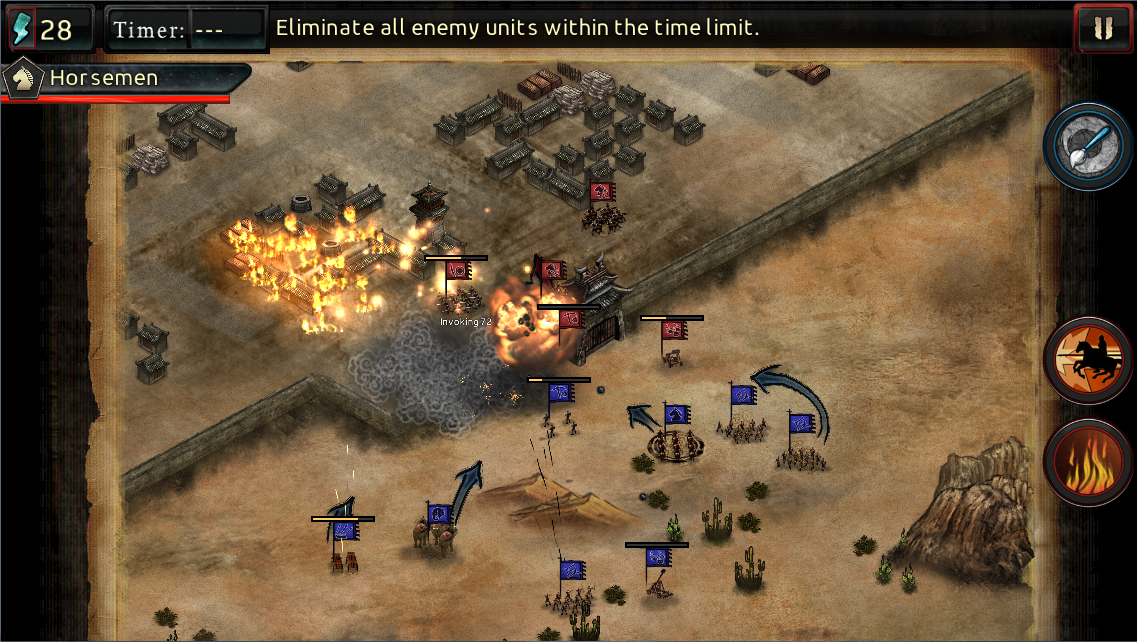 As a empire building strategy game, roughly half the time is spent dealing with alliances via political menus, building up the internal infrastructure via the building menus for each city, and gathering armies to prepare for military campaigns. There’s a good range of buildings and army units to build, but it’s important to go into each city prepared to make some hard decisions; there is very limited room available in each city for construction. Instead, you’ll need to specialise. One city, deep in the safe heart of the empire might support the economy, the cities close to the borders of a hostile nation will mass produce units, while one or two cities will also create specialist, powerful units and then dispatch them across the empire.

While the empire management side of the game isn’t as complex as others, I found it to be very intuitive and engaging. I needed to invest considerable energy in maintaining the mood of the people to prevent outbreaks of civil unrest, and if I was involved in an alliance with another power, forming trade alliances and the like was very menu-driven, but straightforward and easy to understand. Having spent so long just trying to understand how Europa Universalis IV works, being able to immediately jump into this game and make sense of is was a nice change of pace.

The other half of the game is spent in combat, and Warlords has a good system in place. After selecting the territory you want to invade, you will need to go through a series of encounters on your way to the invasion of the provinces’ capital city. What’s interesting is that players can select which encounter they want to take on at each stage of the invasion. So, when you first enter the territory, do you set up a forward base, which will allow you larger armies in subsequent battles, or do you go on a scouting mission to gather better intel? Midway through do you take a diversion to sack a village for cash, or do you focus on the end goal? 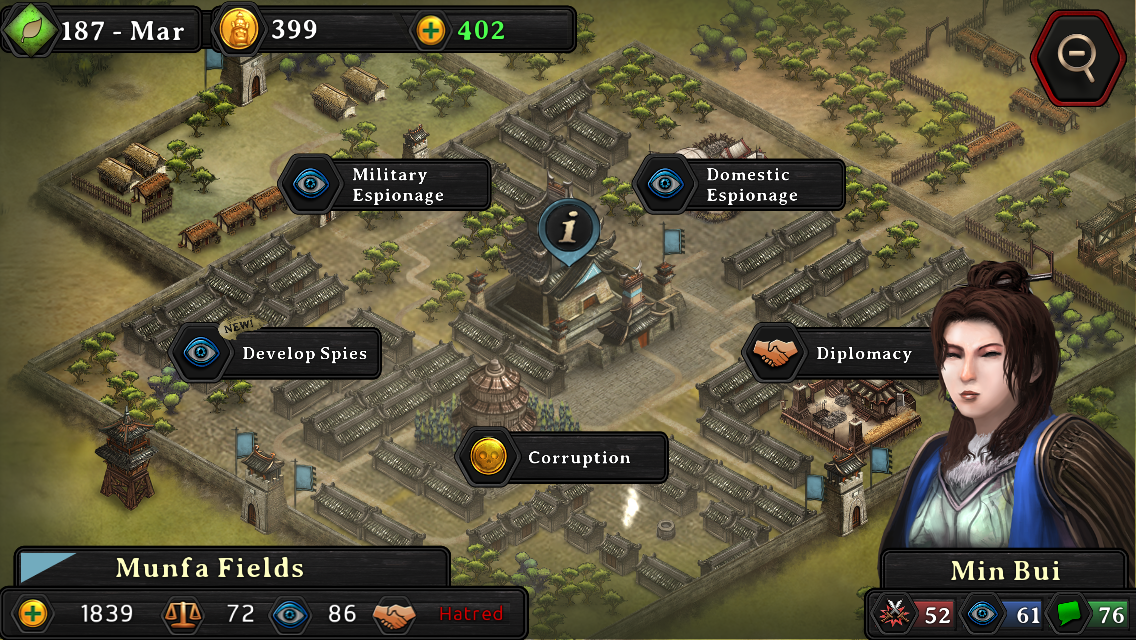 For the most part you’re only going to be able to progress through one or two encounters per turn, as each military unit can only be used for one battle. What’s intriguing is if an opponent is also invading the same territory at the same time. It becomes a race to see who can capture it first, while the defender tries to hold off both opponents at once. Sure there’s no rules for attrition and morale and the strategy is rather streamlined, but it still manages to be intense.

As with a Total War game, players can choose to either have the AI decide the result of a battle, or alternatively they can take direct control of the combat strategy. This plays out exactly as with the previous Autumn Dynasty game, where players manoeuvre units in a top-down fashion, and try to take advantage of a unit’s skills (fire arrows, cavalry charge) while accounting for terrain (forests, hills). Units develop as they fight in combat, too, with a basic experience system that means after a dozen or so battles, that unit of level 5 cavalry is too valuable to lose (and worth a few tears if it is destroyed in battle). I always preferred to directly control the battles rather than let the AI generate a result so that I could protect my more valuable units.

As with the grander strategy elements, the combat itself is more simple than in some other strategy games, but what is in there is streamlined and works well. It helps that the game is so incredibly gorgeous. The hand drawn, traditional Asian aesthetic is immediately attractive, and lends the game an authority; it looks exactly how an artist should interprete ancient Chinese conflict. 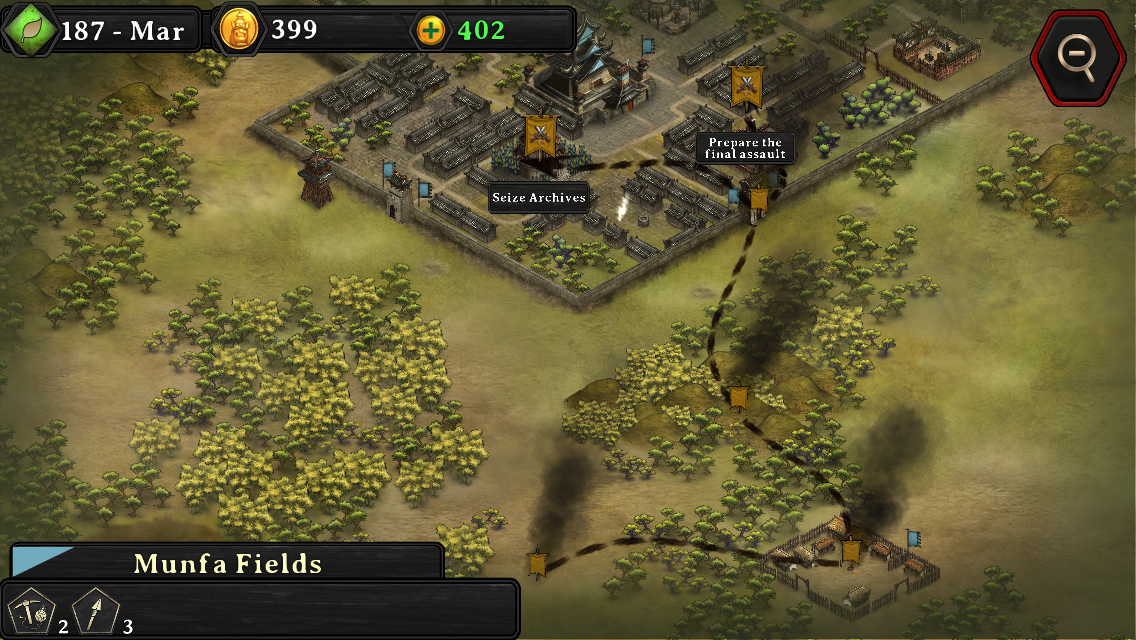 There are other, similar attempts at this kind of empire building strategy game already available on the App store. You’ve got Civilization Revolution, which looks a little too over-produced for its own good. Then there’s Slitherine’s Legion, which has its heart in the right place, but certainly doesn’t have the visual impact of this game. And then there’s Romance of the Three Kingdoms, which is incredibly similar to Warlords in both theme and setting, and while it’s a more complex, strategic game, it is quite literally a spreadsheet, and lacks the soul that this game has in spades.

So Warlords deserves to be a success. It combines some of the finest production values we’ve seen on the iPad to date, with some streamlined, but truly entertaining empire strategy elements. While I still hold out hope that Paradox will port Europa Universalis to iPad, until that happens, this game’s is going to be in high rotation on my device.