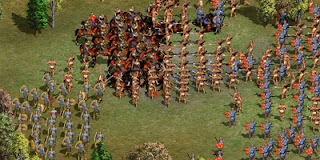 Matrix and Slitherine are strategy game specialists, and as such I have always been a bit disappointed that they haven’t done more with the iPad format to date. Here is a platform that is just perfect for strategy games and has really, so far, undelivered in terms of both quality and quantity.

With Battle Academy and now Legion, Matrix and Slitherine has proven that this is the ideal platform for them in the future. Legion, even more so that Battle Academy, is both smart and portable. It’s so very easy to sit down with this game for that five minute train ride, save your progress and then sit in front of the TV with it for hours at a time at night. It might not be a full-featured strategy game and it’s not going to unseat the likes of Hearts of Iron, Europa Universalis or Civilization V, but it is more than deep enough to engage the most hardened strategy fan.

The easiest way to compare Legion to a mainstream game that people might have played is to say Legion in a little like an earlier Civilization title. The basic idea of the game is to build up cities, manage workers and then build armies to dominate the nearby nations. Each region holds a couple of cities, and as you capture more and more it becomes quite challenging to juggle all the resource demands and maintain an ever-expanding army to deal with more and more enemies. 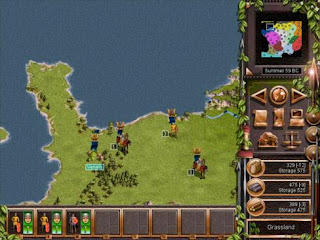 Just like the early Civilization games there’s a rudimentary political system in place that is so primitive and exploitable that the only real way to play the game is to assume that every other nation is out to destroy you, but making temporary alliances is amusingly easy when it’s strategically worthwhile. Outside of politics however, at the higher difficulty levels the AI opponents are surprisingly good at using their resources to work into a position where they outgun. In fact, the simple-yet-difficult strategy at play here reminded me most strongly of Civilization 2, which I still maintain is the finest game in the series.

Just like in the Civilization games, players have no direct control over the units they’ve built once battle kicks off. Unlike Civilization there’s some basic strategy involved in that players can place their units around the battlefield before the battle, but once it starts it’s strictly hands-off experience. I can imagine some players getting rather bored watching units run around the field on autopilot and not being able to do much if their side starts losing, but for strategy gamers there’s a certain thrill to watching a perfectly constructed battle line steamroll over the opposition. 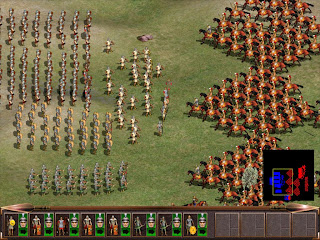 Unlike in Civilization games the city upgrade trees are not especially advanced. Because games are over within the timespan of ancient Rome, there’s no real opportunity to leverage scientific research and development to build advanced economic and military strategies in Legion. Cities don’t grow to accommodate electricity and firearms, and as such the “cap” in terms of maxed-out cities hits far quicker.

Once that happens those cities become factories, churning out military units without much room for strategic thinking by the player. This is disappointing in that it means that campaigns lack the epic scale of a game like Civilization, but then that’s also the point of Legion; the in-game campaigns focus on specific moments of Roman history and so they’re more akin to a board wargame than a era-spanning weeks-chewing grand strategy game. Therein lies my previous comment that this game works as a five-minute time waster; it’s very easy to pick up and play without spending half an hour refreshing your memory of how all your grand schemes are unfurling.

Legion won’t win any awards for presentation and in fact I was considering not using any screenshots in this game as I was concerned that it might put off some players based on how dull it really is. The interface is ripped straight from the PC game too, and so isn’t nearly as clean as well as a good iOS game should. It was also disappointing to see that the opening tutorial recommended people “refer for the game manual”; guys this is a downloadable mobile game, tweak your PC tutorial to at least work players through the tutorial in the actual game. The soundtrack, however, is surprisingly clever and though it’s limited it’s also perfect for listening to for hours on end without wanting to tear out your eardrums.

This is a game that sits somewhat above Civilization Revolution in that it is not a lobotomised strategy game working under the assumption that if you’re playing a game on the iPad you must therefore be a “casual.” By the same token it’s not up to the standards of an actual grand strategy war game, but hey, we’re getting close. Between this and Battle of the Bulge we’re finally starting to see the strategy game developers moving to where the future audience for the genre really is – the App store.

– Matt S
Find me on Game Center: WaltzIT
And on Twitter too! @DigitallyDownld