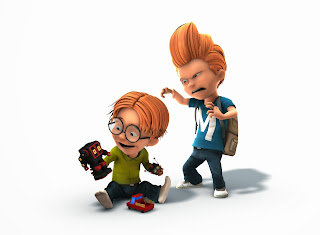 An interesting trend so far with the Xbox One and PlayStation 4 is that the downloadable titles for those systems seem to be as good (if not better) than the big budget retail discs. On the PlayStation 4 we have had titles like Super Motherload, Don’t Starve and Resogun. On the Xbox One we have had Peggle 2 and now Max: The Curse of Brotherhood, which made a very strong impression on me.

This is the story of Max, a boy who comes home to find his younger brother Felix playing with his toys and generally making a nuisance of himself. Max flips open his laptop and does a quick ‘Giggle’ search on the web to find ways of getting rid of little brother. Max reads off what almost looks like a poem, but in fact is a curse that sucks Felix into an alternate world. Max realises his mistake and runs in to save his younger sibling.

Things start off simple enough, with basic platforming elements where Max will run, jump and climb around the environment. The first thing that stood out were the stellar graphics. Seriously, Max: The Curse of Brotherhood looks like the love child of a Pixar and Dreamworks movie, providing layers of movement, vivid colours and imaginative landscapes. Sometimes the graphics do work against you because Max needs to interact with parts of his environment, which has a 3D feel to it despite really being a flat scrolling platformer. Every now and then I missed openings and jumps or tried to slide down a passage that I thought might lead to some rare, hidden treasure but found Max instead plummeting to his death. 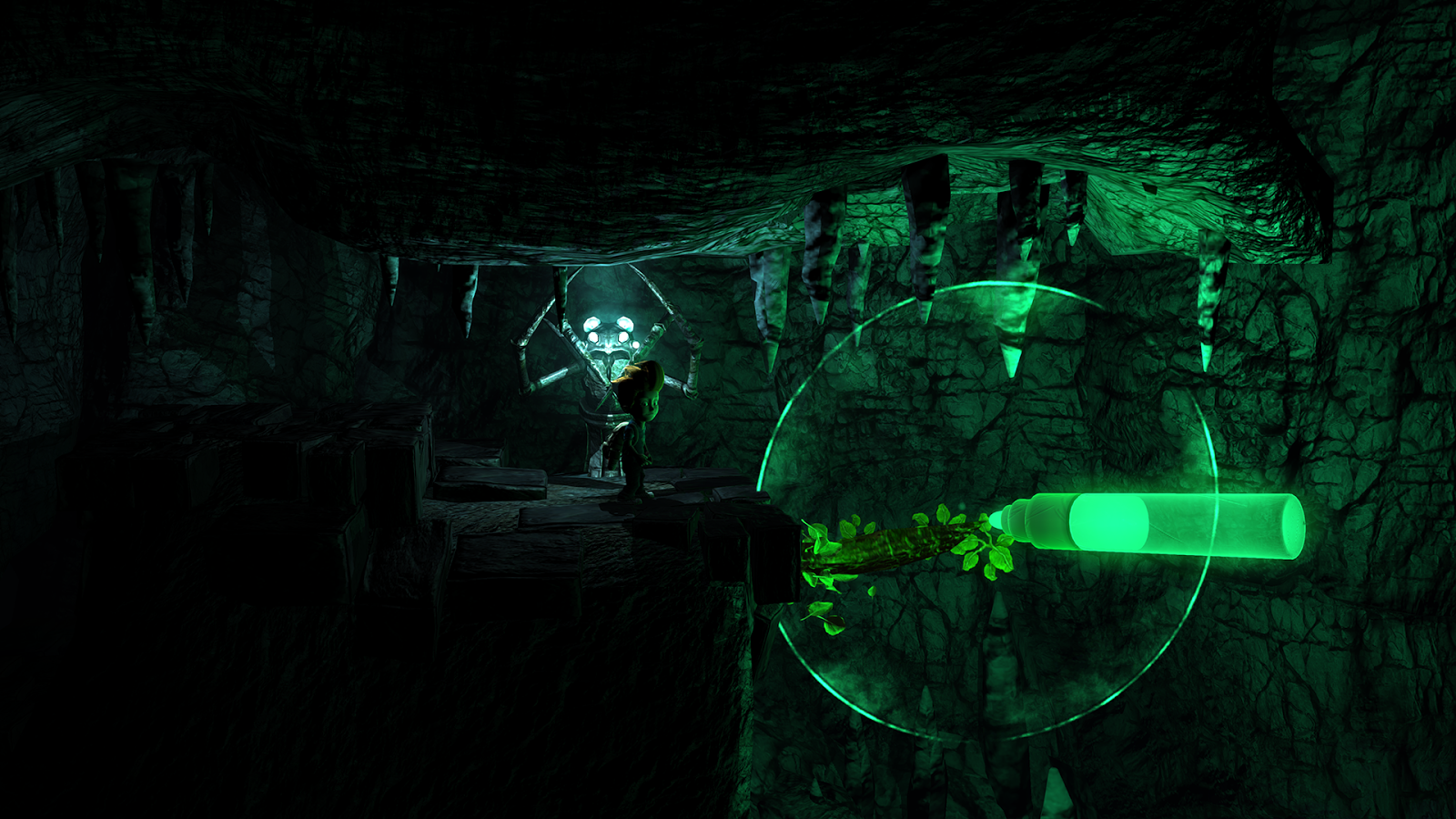 Max seldom became frustrating though due to very generous checkpoints. The game’s generous in other ways too – I got a solid eight hours of play from it, which is quite lengthy for a 2D, downloadable platformer. It can be speed through far more quickly, but the standard trope of collectables make their return here, and there are medallion parts to find and evil eye stalks to pull out as small side objectives, and finding those can sometimes be tricky.

Max eventually becomes more of a puzzle game and less of a standard platformer once he stumbles onto an old lady who imbues his oversized marker with magic powers (given that the game is a sequel to Max and The Magic Marker, this is perhaps not a surprise). The puzzles all start easy enough, with the marker initially used to create pillars of earth that can lift Max to varying heights or destroy them to let him walk past. Later on though, you’ll be drawing branches, rope-like vines, spouts of water and even balls of fire, interacting with the environment through hotspots. Another clever use for the marker later in the game is that it can be used to illuminate Max’s surroundings as he travels through very dark caverns. 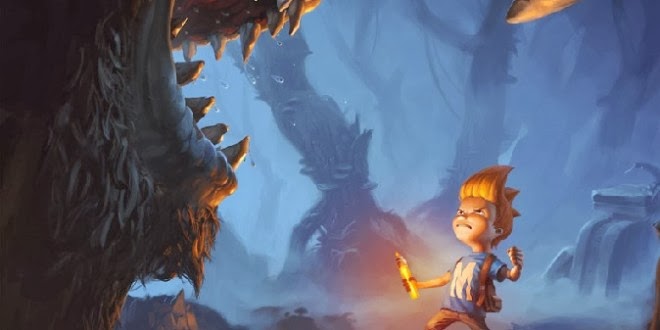 Often some trial and error is required to figure out how to proceed in Max, which is never the ideal way to design in challenge, but such is life at time. Once again though that generous checkpoint system prevents the game from becoming frustrating. The only points in the game where I got frustrated were the odd moment where the game’s physics would become unreliable. There is one part near the last third of the game where Max has the ability to create a branch and hop onto it, floating down a river. He then descended down a waterfall, falling off of the branch branch and I had to hope I the physics would allow me to land back on it, because it wouldn’t always be a reliable landing. The element of random luck involved with that and a handful of other puzzles could sometimes be frustrating, if only because I found myself wondering if there was something I was doing wrong, only to discover later that no, it was the engine that was struggling.

The puzzles are generally quite well done, with interesting level design and often more than one way to advance. The developers certainly had a method in mind for each of their puzzle designs, but I solved many of them multiple ways just to see if I could.

Max: The Curse of Brotherhood has a handful of funny moments, plenty of fairly easy but entertaining puzzles and platforming/chase scenes all wrapped up in lovely visuals. The adventure doesn’t have great replay value, but the first time through it’s long enough, and the price of admission is absolutely worth it.

Want to read in-depth interviews with some of the industry’s greatest artists? This Kickstarter is for you!
Share this