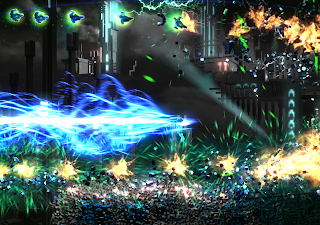 Housemarque is team that brought Stardust to Sony systems this last generation, which was a twin stick shooter that had a huge following of fans. Resogun also uses the dual sticks to play, but it feels both completely different, yet comfortably familiar at the same time. 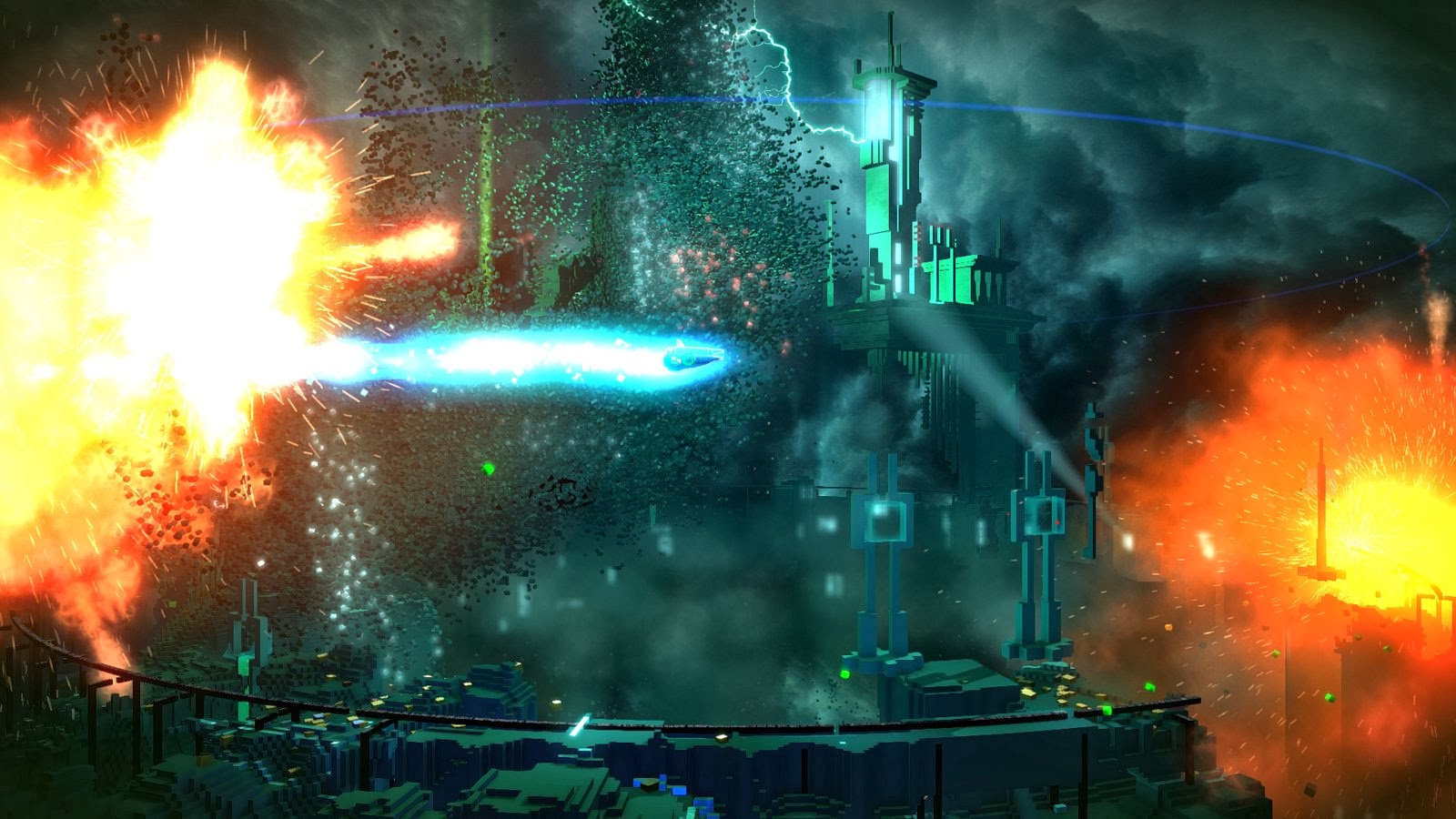 Like the classic game Defender, you are moving horizontally with the left stick while using the right to fire in either direction (just horizontally – you cannot aim up, down or at angles). It is a really simple formula where you are tasked with protecting the humans that the aliens are attempting to abduct. What makes it far more complicated is the need to deal with wave after wave of alien ships.

Graphically Resogun is beautiful. You are flying in front of a city, circling about it as you approach or retreat from hoards of enemies. The background is beautifully detailed, with a nifty almost 3D effect. The animation on the screen is busy and vibrant, and demonstrates plenty of sparkling particle effects that never cause slowdown. The music is also fitting as it pulses along with the the action. Clever use of the DualShock 4 speaker also helps to inform the player of important events – like a human being in danger or having been lost due to your inability to rescue them.

There are not many different stages here and you can burn through most of the content in a few hours. This brevity is not helped by the fact that most boss battles are lacking for difficulty. For a game that throws a lot at you throughout most of the levels, these final encounters feel undercooked. 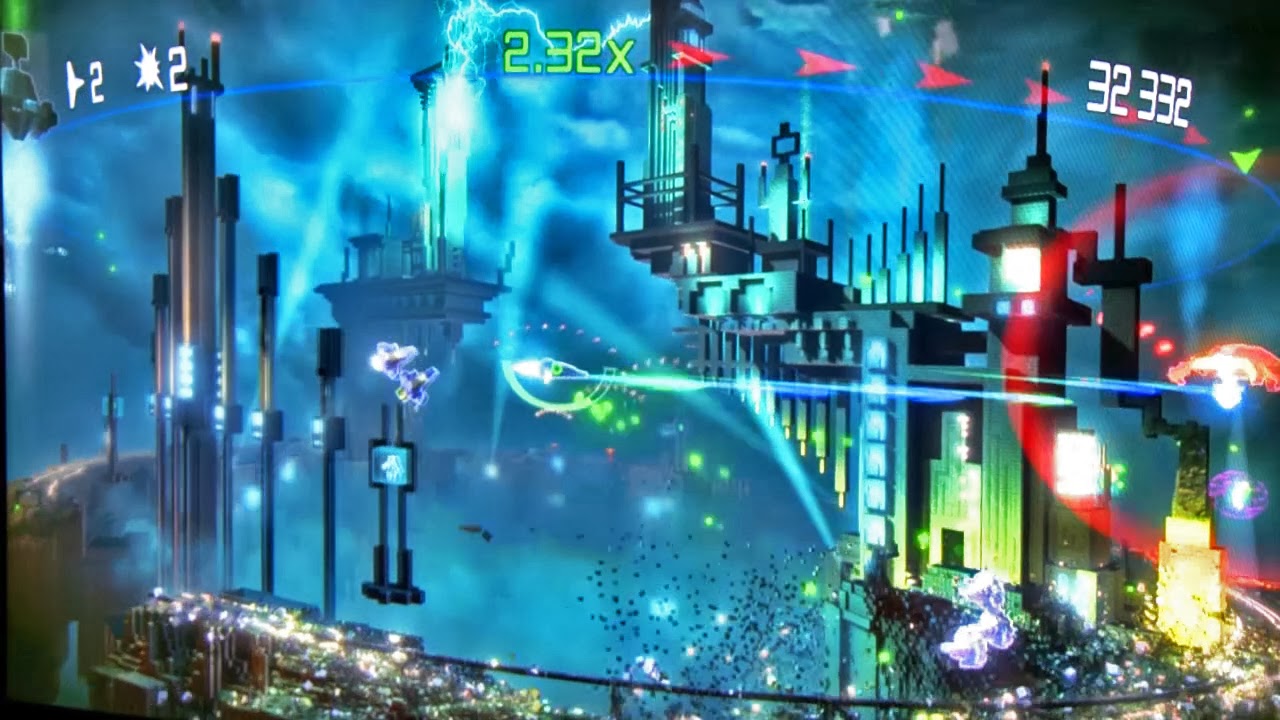 That is really the only bad  thing I have to say about Resogun. The action is incredibly brisk, often leaving me to feel like I was breathless – or holding my breath without realising it during trickier situations. Aside from the basic shooting components, you have a trio of other abilities (speed boost, an incredibly powerful laser and a screen-clearing bomb you can set off) that when coupled with having to protect humans and trying to pick up weapon upgrades gives you plenty to do and manage outside of just shooting the enemy. Credit is due for making me actually feel bad when I am unable to help save an abducted human. I cannot put a finger on why precisely, but those flailing little guys definitely feel like my responsibility and every time my controller tells me one of them is in danger, I feel compelled to speed around the map and save them as quickly as I can.

Resogun also deserves a quick nod to its effective use of co-op, which makes everything feel even more hectic. Last but not least, there are four levels of difficulty you can play at, providing some replay value and increased challenge if you are up for it.

Resogun is not the deepest of titles. I never spent more than about an hour at a time with it in a single sitting, but it makes for a game that is easy to pick up and provides short but incredibly entertaining bursts of gameplay.