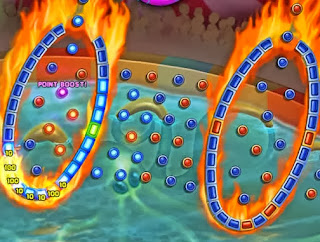 The first Peggle took me by surprise when I played it. I really did not expect much from it, but it seemed like the kind of game that my kids and wife might enjoy, so I picked it up on a whim. I was half-right, because my wife and kids liked it. I however, did not expect how addicted to it I would become, having played enough to show up near or at the top of a handful of different leaderboards on the PlayStation 3 version.

Needless to say, Peggle 2 was one of the games I was most excited by for the Xbox One when I heard about it. The good news is, if the peg-hitting formula of the first appealed to you, Peggle 2 does an excellent job of iterating on the original formula without ruining it to make you feel right at home. In fact if PopCap has a flaw in the formula, it is that they did not take enough chances and do a few more new things along the way.

The core premise is simple enough in this somewhat pinball-like game. You control a cannon at the top of the screen that can shoot balls out at pegs located in pre-built patterns around the board. Sometimes you are dealing with rounded pegs, sometimes you have slightly curved bricks, other times there are bumpers and barricades and occasionally some or all of these elements are moving as well. Your primary objective to advance the level is to knock out all of the orange pegs before you run out of balls. There are a variety of ways to earn extra shots, and believe me – you will need them. 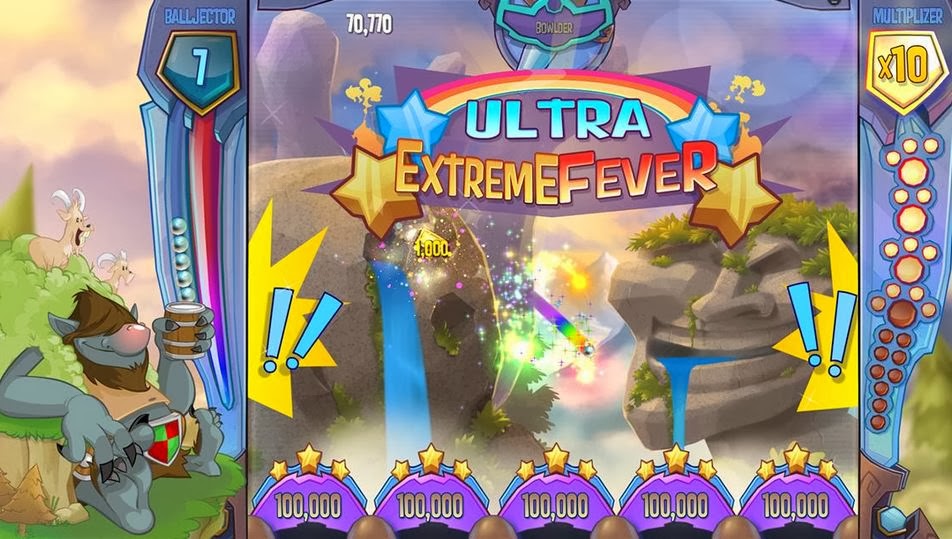 There are also a handful of characters that act as your on-screen avatar, and each one has a special power you can unlock, like a more guided shot or a lightning ball that hits extra pegs. Only one of the characters from the first Peggle makes a return, and this current cast of characters feels a bit small by comparison to that game. Their abilities are unique and interesting, but another one or two would have been nice (the gnomish volt shot was easily my favourite).

The formula is both simple and addicting as I found myself playing for a handful of hours at a time. I managed to beat all of the main levels in two sittings, and the trials in a third, so it’s fair to say the content is entertaining, but not terribly lengthy. You can file one of the features of the game as a brilliant stroke or a nuisance depending on your train of thought, but Peggle 2 tries to save your best shots automatically – and it saves them often. I had several dozen automatically saved clips in my media storage when I checked in after a single session. Having a robust collection to chose from meant I could find a couple I really liked easily enough, but it also meant I had a lot of deleting and sifting to do, because some of the auto saved files were not ones I would have bothered to capture myself in the first place.

The addition of some ‘trials’ help teach you the best use of the new powers, which is fun. There is also an extended trials mode you can unlock for each character once you get through all of their normal levels. Some of these are really creative and fun – some are more than a little frustrating and feel more like luck than skill while others are so simple they pose no real challenge. 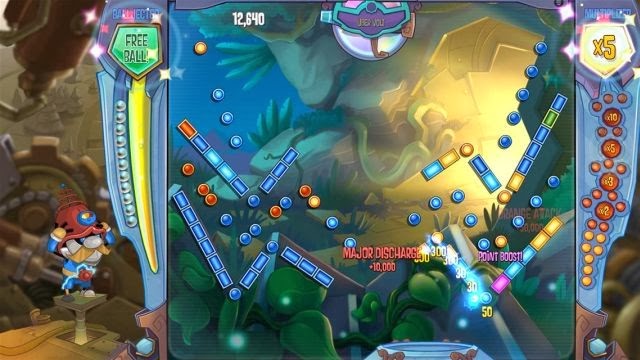 We did not make much use of the hotseat multiplayer in the original Peggle, but that feature is completely missing in Peggle 2. I also did not see any online leaderboards, which was frustrating. Maybe they are there and buried and I just missed them? I have my doubts, because they were presented very clearly in the first game and I did not spot them in the sequel anywhere. Once I advanced through a level in the first Peggle, I went back to try and make my way up the leaderboards so this was a disappointing exclusion that will sharply affect replay value.

PopCap does an excellent job of creating fun, addicting ‘casual’ games, and Peggle 2 is no exception. A wider cast of characters and a couple more game options would have been appreciated, but that does not mean Peggle 2 does not deserve a place on your Xbox One hard drive, it just means that it might not be as good of a value as the original game.