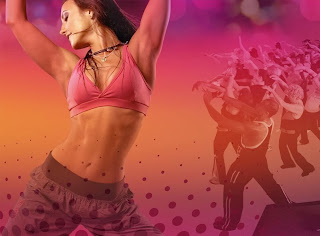 Majesco has reported its fiscal year results, and they’re dire. The company reported a sales decline of 64 per cent, to $47.3 million, on a year-on-year basis.

Majesco’s profit was instead a loss for the year, totaling $12.6 million, which is especially unfortunate since the year before it posted a profit of $4.6 million.

In an interview quoted on Gamesindustry, Majesco’s CEO, Jesse Sutton, claimed it was a result “to be expected” in a year of console transitioning, and a “fragmenting” casual market as more and more people turn to iPads for their casual entertainment. This is a area that Majesco has typically focused quite heavily on with titles like its Zumba games.

Sutton claims the company is going to focus on fewer titles with more ties to high-profile brands. In theory this should mean greater margins, but is sounds shockingly like THQ’s promises to focus on more “core” experiences, and we all saw where that went for them.

Equally worryingly, Majesco is going to divert additional resources to its online casino business – on a personal note I don’t think it’s a good thing for games publishers to being doing that at all.

One final note of worry is the publisher is refusing to offer a financial outlook going forwards “due to the continuing lack of clarity on market development and consumer preferences for the recently released video gaming consoles.” I do hope that means as it’s read, but often times that’s double-speak for “we’re in a boat load of trouble and don’t quite know where the life jackets are.”

On the plus side, it seems that Majesco’s indie publishing label, Midnight City, is performing well, with the publisher planning additional support for that label.

The Wii U is winning the ‘console wars’… in my living room, at least

Review: Max: The Curse of Brotherhood (Xbox One)