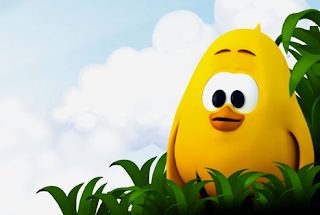 Toki Tori has been around for quite a few years now, but the plucky little fellow has been showing up on more and more platforms of late. He has made his appearance on Game Boy, PC, Wii – even the 3DS, which we reviewed here. It is somewhat curious that Two Tribes is still pushing the original, especially with the well-received sequel having been out on PC for a time now, but Toki Tori has finally made his way over to the PlayStation Network.

Toki Tori is a puzzle game at its core, though there are some lighter action and timing elements at play as well. You guide our intrepid little hero through levels trying to collect eggs precariously placed around a map. There is no jump button, despite some of the stages looking like something you would see in a platforming title. Instead you use ladders, fall off of ledges, wield tools like bridges and freeze rays to help navigate the colourful levels. 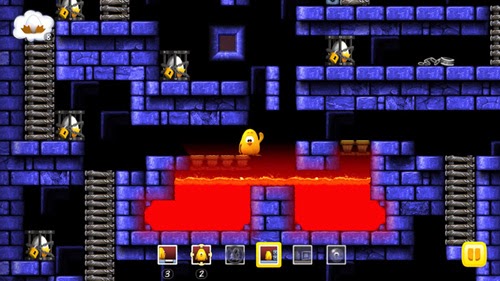 The visuals are beyond cute. This looks like something my youngest would play, though the actual style of game probably is not really well suited to younger gamers. She adored watching me, but playing it quickly frustrated her. The early levels are as easy as one would expect as they teach you the basics and show off some of the game’s mechanics and how you can use them to advance. This really has one of the better tutorial designs out there, because new elements are carefully sprinkled in and keep the gameplay fresh, though it can be quite challenging by the end.

Sometimes you need to time a move perfectly, like when to move around the enemies on the stage, or to freeze them at just the right moment so the block of ice can be used as a step stool to reach a higher platform. Bring your thinking cap, because there is a lot of trial and error here, and you will make mistakes. That said, one of the best tools in Toki Tori is its generous rewind feature. Got hit by an enemy? Spin things back just a bit. Started to try and solve the level one way and realised your plan of attack will not get you each and every egg? Go back two minutes? Want to restart the level completely once you have had one of those ‘ah-hah!’ light bulb moments? Do so from the menu. Those moments where it all comes together can be incredibly rewarding and thankfully the design of the game enables those moments free of frustration. 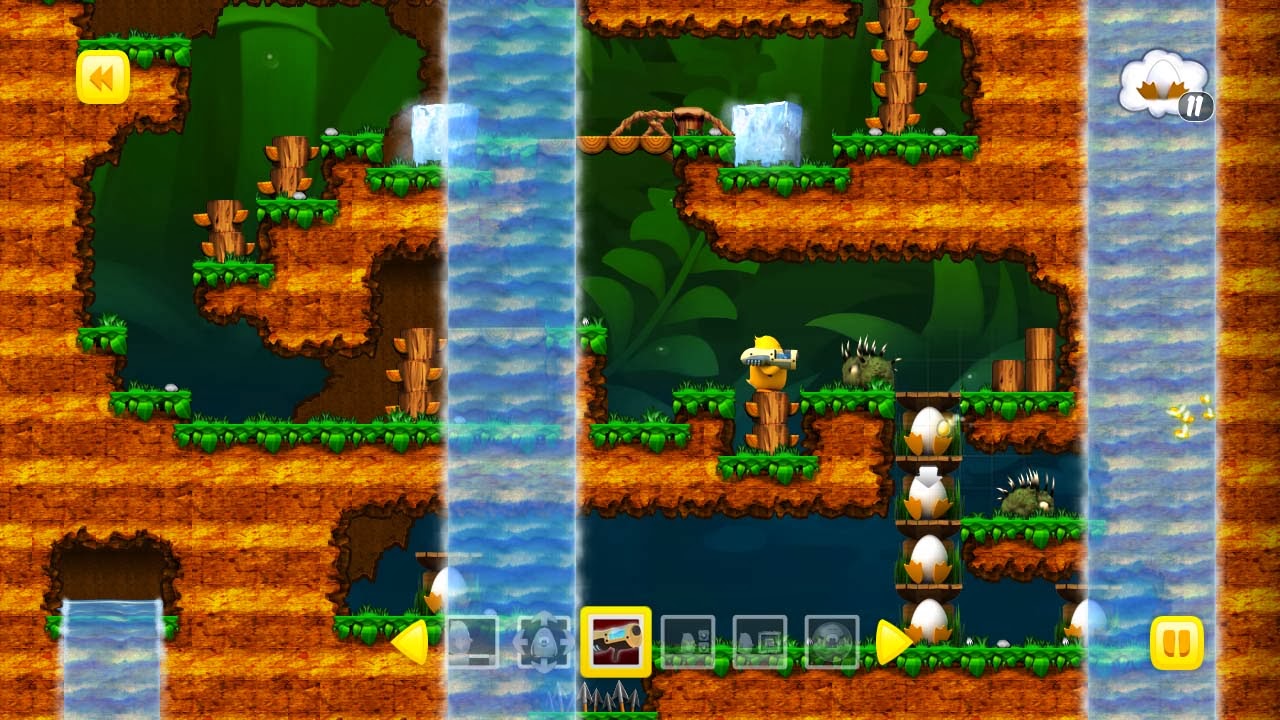 This might seem a bit overly forgiving to some players, but really I think it makes for excellent game design because it encourages you to try different things out without feeling as though you are being heavily penalised. Once you figure out how to beat a level, you can cruise through a stage in a handful of minutes, greatly reducing the replay value – though there are multiple levels of difficulty and bonus levels that can really ramp up the challenge if you are interested. There are a lot of different stages and worlds, so while the game can be played through in a weekend or so, you definitely feel like you get your money’s worth out of the experience.

The pace of the game may not appeal to everyone. Despite the bright visuals that make you think of titles like Sonic, Toki Tori is a much more slowly paced game. If you like a good puzzle game wrapped up in a cute package, Toki Tori should fill that need nicely. His debut on the PlayStation Network feels a bit late to the party, but better late than never.

Last chance! Free copies of Toki Tori up for grabs!