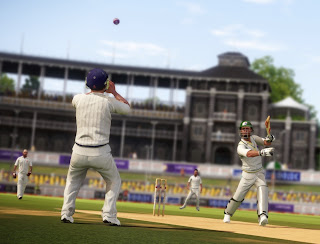 One of the worst things to happen to me all year was the cancellation of Ashes Cricket 13 (yeah, it’s been a pretty good year on balance). That saga all started following the simple announcement that the game would be delayed for “quality control purposes.”

Of course, we don’t think (or hope) that it is in any way going to be a repeat of the saga that ultimately took down Ashes Cricket, but it’s almost eerie how similar the challenges in creating a great game of cricket are for these two Aussie development studios.

Fingers crossed the extra time is used more productively this time around. The game’s new release date is, simply, “2014,” and we do know it will miss this cricket season. If I was a betting man I’d wager that the game will be released at the start of next year’s cricket season instead. While you wait, why not watch the trailer a couple dozen times more? That’s what I did.