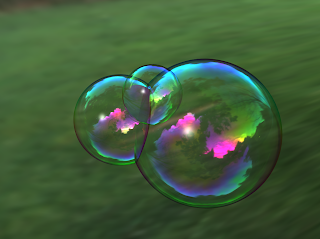 Jeff Vogel, one of the true veterans of the industry, has survived as an independent developer for longer than most AAA-studios have been around. His company, Spiderweb Software, was founded in 1994, when shareware was still king and the games industry looked very different to it does today.

So when Vogel writes a blog about his observation that the indie games development business is in a bubble, I’m inclined to suggest that every indie developer (or aspiring indie developer) read closely. Because he knows what he’s talking about.

Vogel’s position, to broadly summarise it, is that the indie development market is in a bubble because it’s oversaturated. When over 100 games get greenlit over at Steam in a single day, when mobile app stores have lowered the barrier for entry for publicly releasing a game to virtually nothing, and when all three console manufacturers are falling over themselves to be seen supporting indie development, it can seem like there’s a lot of opportunity there for independent developers.

To add to his words, certainly there are success stories out there. There’s Notch and Minecraft and Rovio and Angry Birds, thatgamecompany and Journey and Jonathan Blow and Braid. But that’s the nature of a bubble – the success stories drown out the stories of failure. When it comes to stories of failure, there are many, but these tend to be undocumented or under-reported on because unless the developer expects to exit the industry and no longer is concerned with potentially burning bridges, they’re not going to contact media outlets about their failures.

Eventually though there are too many failures for people to stop paying attention. At some stage people are going to notice that the percentage of indies that find real success is very low indeed, and even when that happens what constitutes a “success” in the world of indie development isn’t always sustainable; we are still talking about very thin margins, and when the difference between success and failure can be as simple as one game getting promoted by Sony as part of its “indie push,” and the other being overlooked, then at some point the developers themselves are going to realise that going “indie” is anything but a way to guarantee independence.

The fundamental challenge that indies face is that their business model is exposed to extreme levels of risk, and while this risk can be mitigated by outside forces at a market level (such as concentrated support for “the indie market” by a major console manufacturer) for the indie industry as a whole, the risk for individual indie developers remains high even in such a circumstance. For instance, if Sony were to provide support for indie company X for its previous three games only to decide that it would be better served supporting indie company Y when X demos its fourth game, then indie company X suddenly finds its very future in trouble, even though the money being invested by Sony into “indie games” remains steady.

There’s a big list of very real business risks that almost all independent developers need to manage on a daily basis. For some examples;

1) The fact that talent is concentrated. If the head of EA Sports falls into a coma for a year, there’s still going to be a new FIFA game made that year. If the creative lead of an independent developer falls into a coma, that independent developer will probably be closing up shop. Indies don’t have the luxury of backups – they rely entirely on the energy of one or two people, and the business model goes when they go.

2) Cash flow is an issue. Contrary to popular belief games cost a lot of money to make (assuming the people making the games need to be fed and have somewhere to sleep. Some might even have families!). In order to have dedicated people working on a game as a job then indies are going to need to find some way to keep a steady cash flow coming in, and with extreme downward pressure on game pricing, it’s a rare indie that can suffer a failed project and continue to operate. In almost every case what small profit they do make from a game project is gone very quickly, and never enough to cover the loses of a badly underperforming follow-up release.

3) Indies rely on additional support from outside parties for success. For some that might mean government grants or tax breaks. It could involve providing a console manufacturer with the game as an exclusive in exchange for marketing and/ or financial support. It could involve wading through the minefield of Kickstarter. But the idea that independent developers are truly free to work on their own initiative is an illusion, and when your business relies on other outside forces to survive, it’s a risk.

4) Marketing is not easy. I see this over and over again from people outside the games industry and from people without a background in marketing; “company X needs to market more!” but a successful marketing campaign is expensive to produce, and unless it’s targeted correctly, it’s not going to generate nearly enough sales to make the cost of the campaign worth the time or money. While a big company can (and does) engage with marketing organisations, indies simply can’t afford that. While that’s not a problem when an indie can enjoy a prominent highlight on a digital shopfront, for almost all the download platforms out there they now also need to contend with saturation, which means that there is no guarantee that their release will be visible in any significant way way.

Bubbles by nature encourage people to take risks in the mistaken belief that the opportunities outweigh the risks. What bursts a bubble? A high profile failure or collapse. That’s the point where the media starts reporting more robustly on the failures and consumers and producers alike realise fully that it’s not an indie development studio is not a guarantee of sustained business, and the opportunities dry up.

There is going to be a point where one of these “big” indies bows out of the market and the indie bubble bursts. I just wonder when that will be.