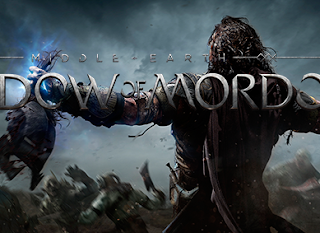 Warner Bros. has had a patchy track record with Middle Earth since acquiring the license. Where EA gave us some classic games (I maintain that Battle For Middle Earth 2 is one of the finest RTS games I’ve ever played), Warner Bros has lumped us with tripe like War In The North.

But because it’s Lord of the Rings I can’t help but be excited by the announcement of Shadow Of Mordor. Promising a “dark action fantasy,” the press release describes the narrative as so: “Players take on the role of Talion, a valiant ranger whose family is slain in front of him the night Sauron and his army return to Mordor, moments before his own life is taken. Resurrected by a Spirit of vengeance and empowered with Wraith abilities, Talion ventures into Mordor and vows to destroy those who have wronged him. Through the course of his personal vendetta, Talion uncovers the truth of the Spirit that compels him, learns the origins of the Rings of Power and ultimately confronts his true nemesis.“

OK, so you’re playing a flipping Revenant. That is the very definition of awesome. As much as I protest the increasingly dark-and-violent-for-dark-and-violent’s-sake games industry, dark and violent actually fits in with the tone of Tolkien’s work, so I’m willing to let this one slide.

Provided the narrative is there and does justice to the near-poetry of Tolkien’s work, this might just be the game that makes me forgive War In The North.

The game’s in development for both current and next gen consoles, sans Nintendo’s Wii and Wii U.

The indie development bubble; when will it burst?