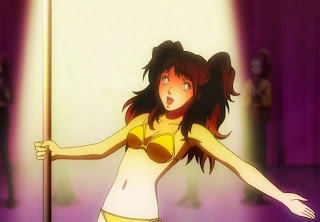 Altus held a huge Persona event the other night, and during its course four new Persona titles were announced. That is really good news for fans of the series (that said we’re still holding out hope for an HD remake collection of parts one through three), and best of all they are coming to a handful of different consoles.

First and foremost we have Persona 4: The Ultimax Ultra Suplex Hold, which we had posted about several weeks ago when some screenshots were first leaked. So this announcement was not a complete surprise, but it was a pleasant confirmation all the same. Currently it is only announced for the PlayStation 3 (the prior Persona 4 Arena, which Matt really enjoyed, had been an Xbox 360 and PlayStation 3 release) in Japan. Given how well it was received in other regions however, I have to think that it is only a matter of time until we see it localised elsewhere also.

Next up on the Persona 4 front, we have Persona 4 Dancing All Night. Again confirmed only in Japan right now, I would be surprised if this did not make its way elsewhere eventually. This title is for the PlayStation Vita only, and is a music or rhythm game set during the events of the popular Persona 4. It seems our readers enjoyed Persona 4 a great deal as well, voting it as our best game narrative this last year. Like Persona 4: The Ultimax Ultra Suplex Hold above, I cannot help but think the market is there for this outside of Japan. 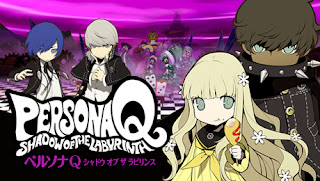 Another announcement was Persona 5. This one was not a completely surprise, as there have been trademark clues and speculation for quite some time, but it was great to hear Atlus confirm those suspicions. Not much is known about it yet, except that it will be a PlayStation 3 exclusive at this point. Persona 4 Golden was a hit with our readers and with our staff when it was reviewed. I personally sunk well over 100 hours into it on my Vita in 2013.

Probably the most surprising announcement was that there would be another Persona title, this time coming to the Nintendo 3DS. Persona Q: Shadow of the Labyrinth. This game is using an entirely different, more cartoon-like style of animation that will likely cause some divide among fans. What I find most interesting is that it is coming to a Nintendo system – a first for the series that has been predominantly found on Sony systems. I believe the only entry on an Xbox system was Arena 4 for the Xbox 360.

Also of interest with Persona Q is that there are some recognisable characters from the Persona 4 series. This haad me very excited since those characters really just resonated well with me. How do you feel about these various announcements? Is it too much Persona? Too much using the characters and story from persona 4? There appear to be three spin-offs here, which could lead to concerns about quality. I am personally incredibly excited about all four of these announcements.

Q & A with the Director of exciting Aussie CCG, Infinity Wars