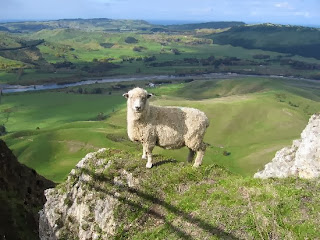 Some impressive data has come from the New Zealand Game Developer’s Association (NZGDA); the development community has seen a massive increase in revenue over the past year.

This is a stark contrast to what’s been happening in the Australian game development industry, which has been shrinking rapidly. That said, what is left of the Australian developers are, like their New Zealand counterparts, focused on the mobile and PC markets. It would seem then that the Australian market is poised to start growing again, as it now shares similarities to New Zealand in terms of a general absence of large development studios, but plenty of talented indies and smartphone developers.

The NZGDA now represents 33 studios in New Zealand, which combined produced 55 games in the same time frame. What is interesting is that these developers have developed an international expertise in producing licensed content; close to 20 per cent of developers have produced a game for international entertainment corporations such as Disney, the BBC, Hasbro, Lionsgate and Dreamworks.

According to the NZGDA website, some of the hit games developed in New Zealand in recent years have included:

New Zealand is the perfect example of how a nation that is small enough to struggle to find enough talent to produce console games has developed a significant games industry by being able to reward small, talented teams who are working on mobile and PC games.

Looking back at the the last generation; the highs and lows