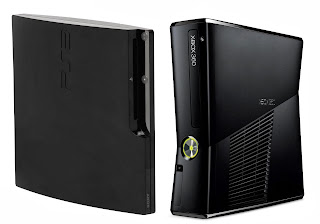 Opinion by Lucy I.

The seventh gaming console generation began nearly eight years ago in 2005, but it’s finally come to the end of an era. It’s time for us to look back over the last generation of home consoles.

PlayStation 3, Xbox 360, Wii. Over the last eight years, thousands of these branded console heroes have made their way to households, with this generation being the busiest and most undeniably talked about generation in the history of video gaming.

This feature is specifically focusing on the highs and lows of the seventh generation, alongside comparing it to the sixth generation, and discussing just what I loved about this era of video gaming and what we can begin to expect from the eighth generation consoles.

It’s not all roses and rainbows, but let’s face it, we’ve had an exciting eight years. It’ll be sad to wave goodbye, but at the same time, there are so many positive aspects about the eighth generation I can’t even begin to name them all. There’s a few things that slightly concern me as these consoles enter their twilights, such as the lack of launch games this side of Christmas (my excitement for Watch Dogs has been crushed!) but the must-have games these consoles offer are so numerous that I have made the decision that a PS4 or Xbox One isn’t worth an investment just yet.

With the last generation I saw it all. Being an 80s kid, I grew up with the most basic of computers (the ZX Spectrum to be precise) and when I look back on just how far technology has advanced it gives me a little shiver down my spine. My ex-boyfriend used to try and convince me ALIENS created this technology, and if you believe that, you’d believe anything. 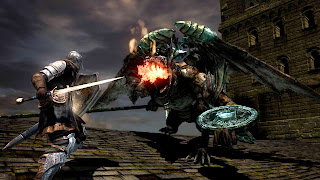 Being a Sony kid, my first console this generation was a PS3, and although I eventually the year later managed to get my hands on an Xbox 360, I have to say I was greatly impressed by what the PlayStation 3 had to offer in its heyday.

This generation we’ve seen games such as The Last of Us, Dark Souls, Journey, and Fallout 3 become some of the best games ever produced. Other highlights would have to include the Mass Effect trilogy (but we’ll come to that in a second), The Elder Scrolls: Skyrim, Borderlands, Assassins Creed 2, and my personal favorite, Sleeping Dogs (Also a genuine contender for the most underappreciated game ever made). However, on the flip side, there have been huge disappointments that have made this generation a memorable one, including the controversy surrounding the Mass Effect 3 ending, the fiasco over Final Fantasy XIII, Assassins Creed 3 (Uh oh… this is not a good way to get on side with your editor, Lucy… – ed), and my most recent personal love-to-hate, Beyond Two Souls (that’s two strikes! – ed).

I am someone who loves innovation. I love gadgets, and I’m a sworn technophile. Games like Mass Effect and Borderlands really surprised me when I first played them, and there was so much to love about them that I can’t even begin to explain. However, the seventh generation also brought along with it the emphasis on creating as many hyper-linear first-person shooters as possible (thank you Call of Duty), alongside the major surge in DLC and micro-transactions and a larger pressure on multiplayer modes overshadowing single-player modes. It also brought along with it the introduction of poor sequels to great franchises, and there were some major hiccups that the industry had to recover from such as the Red Ring Of Death (RROD) debacle and then the PSN hacking incident.

Despite these controversies there are so many reasons I am interested to see what this next generation has to deliver. As time is passing, technology is becoming much more innovative, video games are expanding further still, indie games are much more prominent in the industry and the gaming world has been more alive and connected than ever before thanks to online capabilities. 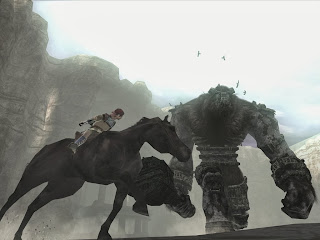 This generation has also made way to an increasing amount of video games being re-released or remade as HD versions including greats such as Metal Gear Solid, Kingdom Hearts, Shadow of the Colossus & Ico, Jak & Dexter, Final Fantasy X (still in development), Silent Hill, The Legend of Zelda: The Windwaker HD and even handheld remakes of Persona 4 (as Persona 4 Golden on Vita). For fans of these original games it is the chance to play a version that looks shiny and new. For newcomers it is a chance to “get in” on some truly beloved franchises. It’s win-win for all.

At the same time the greatest disappointment of this generation is that it’s the HD remakes that have given me the best experiences. I cannot in my heart put this generation above and beyond the last generation PS2 and Xbox. Games such as Kingdom Hearts, Star Ocean: Til the End of Time, Dragon Quest VIII, Disgaea: Hour of Darkness, and even Final Fantasy X remain some of my favorite games of all time, and I don’t believe I’ve had a seventh generation game manage to take that special place in my heart just yet. I may not be ready for the next generation of consoles just yet, and I still feel that the PlayStation 3 and Xbox 360 have so much more to give, but it will be exciting to see just what this next generation has in store for us.