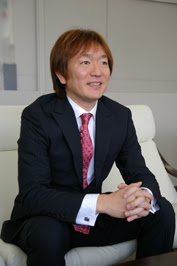 If you enjoy Japanese games, then you’re almost certainly a fan of Nippon Ichi. This is a company that has been around for 20 years and has gone from strength to strength by supporting a small, niche but hugely loyal fan base.

Perhaps it’s best known for its Disgaea Strategy RPG series but Nippon Ichi also fulfils a very valuable function in its publishing business in America. Nippon Ichi’s American subsidiary, NISA, brings across plenty of games that other publishers would not touch with a ten-foot pole. We’re talking about the Hyperdimension Neptunia games, or the likes of Mugen Souls. It was because of NISA that we got to enjoy the Atelier games before Tecmo Koei acquired its developer, GUST.

As with most independent and niche organisations, Nippon Ichi brings with it a heritage of innovation and it does its utmost to put its customers first. We’re in for a big year from Nippon Ichi, and we had the good fortune to sit down with the company’s President, Sohei Niikawa, to discuss the company’s plans for the year ahead.

Some interesting key takeaways from the interview:

Digitally Downloaded (DD): What are Nippon Ichi’s priorities for the next 12 months?
Sohei Niikawa (SN): We want to continue focusing on developing and selling titles for our 20th anniversary.

For the North American region, we will be offering “The Guided Fate Paradox” and “Disgaea D2: A Brighter Darkness.” These form a compilation of titles we will offer for our 20th year, so please look forward to them.

Also, we will finish “The Witch and the Hundred Knights.”

DD: Nippon Ichi is most famous for its very niche strategy RPGs. What do you think has been the reason behind your title’s continued popularity?
SN: We have always been willing to do anything; we always do our very best and try silly things that other companies wouldn’t, and I think the results have garnered us support from our customers.

We plan to keep doing silly things whole-heartedly into the future, as well!

DD: You recently took over the role of President of NIS America as well as President of Nippon Ichi in Japan. Can you explain for us the different approaches you plan on taking in each market?
SN: The North American market is extremely important, so when we are developing games, we always try to consider hardware that has a presence in North America.

The role of NISA is to select titles by Japanese developers and bring them overseas for their unique “Japanese-ness,” so NISA will continue to release JRPGs into the future as well.

DD: NIS America also publishes third party titles, such as games from GUST and Compile Heart. What process do you follow for determining which games to localise for the western markets?
SN: As I said before, NISA’s role is to release Japanese games from Japanese developers, so if there is a high-quality JRPG title, then we want to be able to offer it, even if it is from a developer outside of the NIS group.

We are striving to create a brand where North American gamers can say, “All of the games NISA brings over are fun!”

DD: Critics sometimes target Nippon Ichi games, and the games that you publish, for containing material that can offend western senses. However, when you censor material you localise (such as Mugen Souls last year), you risk upsetting your dedicated fan base. How do you strike a balance and avoid controversy?
SN: It is a miniscule amount, but there are some cultural things that are acceptable in Japan that are not overseas.

While we understand that any changes to a game’s contents are unfortunate to those hardcore fans, we want our titles to be enjoyed in as many regions as possible and therefore we localise the titles with these things in minds.

That means there may sometimes be content of a sexual nature that would prevent a title from being sold without alteration. Mugen Souls was a rare example of this.

However, we basically try to offer our titles with their content and intent of expression unaltered from their Japanese counterparts.

DD: There’s been a lot said about stagnation with RPG games, and the Japanese games market in general. How do you see the genre and Japanese game makers evolving to keep the audience’s interest around the world?
SN: When a title has achieved a high standard in the following areas: impact, originality, good gameplay, strong characters, and a good story, and is further supported by successful PR that attracts users, only then will consumers be interested enough to purchase a title.

It is a very difficult time, but I believe that we will survive amidst the competition. I believe it is important to continue to do our best in order to accomplish this.

DD: Nippon Ichi has traditionally had the strongest support for Sony’s platforms. What is the attraction of the PlayStation brand and do you expect that the Sony consoles will remain your primary platform into the next generation?
SN: Our company debuted as a developer soon after the release of the PS1. From then, we continually released titles for PS format systems, so I believe that we have grown thanks to the support of PS users. The fact that a small company like us has had an environment to grow is the greatest charm of the PS brand, and we plan to continue releasing titles for the PS format in the future.

DD: Despite having a wide range of franchises, Nippon Ichi is best known for Disgaea. What opportunities do you see to develop additional headline franchises?
SN: Yes, Disgaea titles will continue to be developed. Right now, our big theme is to release a series that can stand toe to toe or even surpass Disgaea. We are anticipating this for “The Guided Fate Paradox.” I believe that we have been able to come as far as we have thanks to the support of overseas users for Disgaea, so please give “The Guided Fate Paradox” your support as well!

DD: What have you found to be the most effective way to engage with your community?
SN: One way is through events. I think the most important and effective thing is for the fans and developers to be able to meet and talk to one another. I will be attending PAX this year as well, so let’s meet up!

The other important way is through improvement. Listening to customers’ voices through questionnaires and online forums isn’t direct communication, but I believe that it leads to product improvement and shows the customers that we are listening to them.

DD: What opportunities do you see to branch out beyond game publishing?
SN: In Japan, we have already produced anime and comics based on our titles—in other words, “media mixing.”

In the future, we are planning to create new content not from games, but from comics or novels. Our group management philosophy is to be involved in various forms of entertainment in addition to games.

DD: What games and game developers inspire you the most?
SN: There isn’t any particular developer that has influenced me; however I decided to enter the game industry after Final Fantasy V, so you could say that game has had the largest effect on me.

Generally, I read manga and novels and watch movies and dramas, so I think I receive a lot of influence from entertainment mediums outside of games.