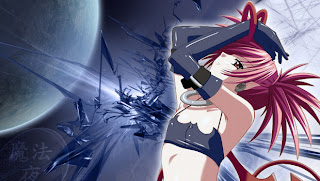 The Disgaea series has always been renowned for one reason above all others: its incredible depth.

The good news is that unlike previous-gen visuals and antiquated gameplay conventions, raw depth is something that doesn’t age, so when it comes to re-experiencing the Disgaea games as PlayStation 2 Classics, they are essentially as good as any new game that is released now.

Disgaea 2 isn’t the finest game in the series (I personally believe the third game is the strongest, especially the Vita port), but it’s still essential for any strategy RPG fan. It merges the series trademark humour with an incredible depth which, to date, is only rivaled by other games in the Disgaea series.

As with other Disgaea games, the story of Disgaea 2 is more than a little oddball, and revolves around the lives and adventures of demons. This time around there’s a single human left in the world thanks to a wayward curse. His job – and therefore yours as the player – is to lift this curse by defeating the demon lord. There’s plenty of Japanese humour in here, and while it is not voice acted particularly well, it is the kind of story that putters on well enough for fans of JRPGs to get into it. And hey, it has Prinnies. That’s a win from the outset. 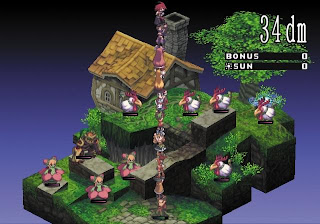 If you’ve ever played a Disgaea game before then you’ll know precisely what to expect. If you haven’t then it plays out a little like this: battles are turned based and just like other strategy RPGs each character on the battlefield has a range of different special abilities, magical attacks and defensive abilities and the ultimate goal is to bring these skill sets together as a team to ensure victory. That is where normal strategy RPGs such as Final Fantasy Tactics finish, but Disgaea takes things a step further. Characters that attack enemy units while standing next to an ally might be able to gain additional support from that ally, and for the harder enemies that additional support is absolutely critical for bringing them down.

As a result Disgaea 2 (as with other games in the series) puts an ultimate focus into the physical positioning of characters, and rewards teamwork more than the individual strength of any hero. In a very abstract way this brings a kind of genuine tactical depth to the strategy RPG genre that all-to-often feels light on the “strategy.”

Out of combat there is a seriously insane depth to character (and party) combinations and customisations. This series has long been famous for its ability to suck hundreds of hours of play time out of the player, and for $15 or so it’s a little hard to complain about value for money here. It is, still, hundreds of hours of play time now as it was when it was originally released. 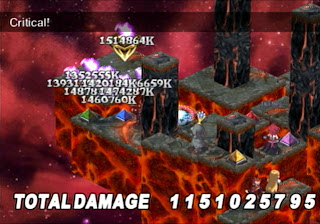 The consequence to that depth is that the game can be genuinely overwhelming for the first couple of hours, and it doesn’t do as well in easing newer players into the Disgaea style of strategy. In fact, if you were to be new to the series, I would greatly recommend shelling out a little more for one of the more recent games, which do a better job of teaching players the ropes before hitting them with an ocean’s worth of content.

But overall, the fact that this game is much the same as its sequels highlights the only real criticism that can be levelled at Disgaea – it is a series that is finding it very difficult to mix things up and keep players coming back with each new game. With the plot being the only variation on each game, and humour aside the Disgaea games lack for compelling narratives, it might be hard to justify the purchase of Disgaea 2 now when it is very likely that you have played one of the more recent games before if you’ve had any interest in the genre.

But I’ll recommend it anyway to genre fans. Simply because the Prinnies told me to, dood.