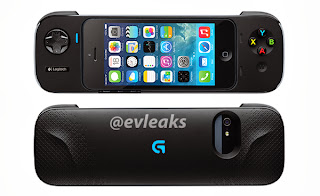 One of the bigger new features added to the iPhone and iPad with iOS 7 was a formal structure for controller support. There have been some controllers produced in the past, but these were workarounds – there hasn’t been a formal, native support for controllers.

Until now. And, all of a sudden, there’s the potential for the big hardware brands to get on board with iOS gaming accessories.

First up seems to be Logitech, with some leaked images of an iPhone controller looking very good indeed.

Of course, it will be the software support that will be critical for these new controllers to take off, and what has hampered previous efforts at developing an iPhone or iPad controller. That’s where the native support comes in. It suddenly becomes easier for game developers to support the devices, and all it will take will be for one of the big guns – EA, Square Enix or Gameloft, for instance, to start supporting these devices en masse for the whole “buttonless” complaint at iOS gaming to be rendered moot.