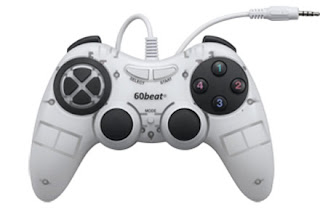 One of the regular complaints that we hear regarding the iPad and gaming is: “it needs physical buttons before it can be a real games playing machine!”

Notwithstanding the fact that anyone who spends more than a few hours with an iPad quickly realises that it doesn’t need physical buttons at all to provide some excellent gaming experiences, the lack of physical buttons has been a detriment that some people will never be able to get their heads around.

Luckily for them now there is a controller.

The 60beat Controller is a wired device that you plug into your iPad (it works with iPhone as well) headphone socket to experience games with all the comfort and glory of buttons. By plugging your headphones into the controller itself you don’t even need to compromise on the sound experience.

It’s a very workable setup, and to enable the controller, all you need to do is drop into the settings of a compatible game and flick a switch. Now, it must be said that as the device was built for indie developers to use at the moment the range of games that are compatible with the controller is small, and with the exception of The Bard’s Tale, none of them will exactly light up the iPad. I highly recommend that any indies that read this website update their games to be compatible with the controller, though – and I recommend 60beat get in touch with, say, Gameloft, because until the range of games and the number of high profile games that are compatible increases this will unfortunately be a good idea with a small following. 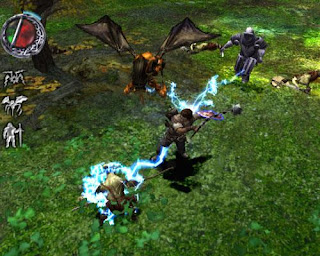 But, that said, the small range of games available represent a wide range of genres, and show that the 60beat controller can be versatile in application. On the RPG front there’s The Bard’s Tale and a couple of indie retro-styled RPGs. There’s a top-down dual stick zombie shooter, a 3D platformer, a space shooter and a couple of racing games.

The controller itself is fairly comfortable, and is an almost exact replica of the Sony Dual Shock controller, clickable thumbsticks and all. The hardware was never going to be as good quality as something from Sony, Nintendo or Microsoft – the thumbsticks are a little stiff, and the buttons a little soft – but the standard is high enough that it won’t cause problems in-game.

The connector cord to the iPad is long enough that you’ll be able to relax in a chair and comfortably set the iPad up on a table. It has to be said though that this is not a particularly portable device. It’s about the same size as a Dual Shock controller, and not a particularly rugged piece of kit. It’s not something you’ll use on the train or plane, but while that might make it sound like a pointless hardware add-on to the portable iPad, it does enhance the gaming experience when at home or in the local cafe.

This is a hardware review that is being scored based on potential more than current support. There’s a thin range of games that support the 60beat controller, and of those, only The Bard’s Tale has a high profile. But for the simple fact that if this takes off we’ll be able to play our favourite games on iPad with buttons, this is a project worth supporting.

I just have to wonder what the anti-Apple brigade will choose to attack next, once their “there’s no buttons” argument is invalidated?