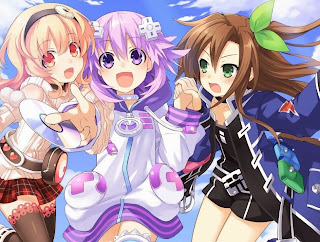 It’s a piece of news that was largely overlooked by the mainstream games press: Idea Factory, better known in the west as “the owner of that Compile Heart developer that makes those weird Hyperdimension Neptunia games,” has set up an office in the US.

For fans of Japanese games, this is a big deal. Idea Factory has actually got a very long history: formed from former Data East employees (the guys that made many classic games, including Burger Time), Idea Factory began life as an independent entity in 1994. Over the years, and after franchises including Hyperdimension Neptunia, Spectral Souls and a range of dating games that have never seen a release outside of Japan, Idea Factory and its subsidiaries, Compile Heart, Otomate and Design Factor, have been right at the centre of an unofficial club of developers that target almost exclusively the “Akihabara crowd.” By that I mean they make games designed solely to appeal to Japanese men that like cute anime girls and the westerners that appreciate a rather edgy sense of irreverent humour.

You’ll be able to quickly recognise these games – the mainstream press will slaughter them (look for 6.0s and below on the likes of IGN) while a small percentage of critics, usually from more niche interest of Japanese game-friendly publications, will adore them. 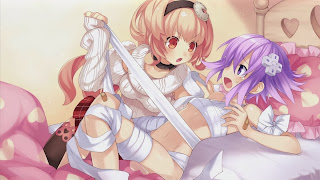 Along with the likes of GUST, System Prisma and Image Epoch, Compile Heart has been a rising force in the US and Europe thanks to the great work that, primarially, Nippon Ichi Software America (NISA) has done in localising and then promoting games such as Hyperdimension Neptunia and Mugen Souls. Other partners, such as Ghostlight and Aksys, have also helped the company localise its other games, such as the Record of the Agarest War franchise, but without a doubt NISA is the one driving the growth of these games in the US and international markets.

Idea Factory itself hasn’t had a direct presence in these western markets before, but now it does, and according to Idea Factory International’s CEO, Harusato Akenaga, the purpose of this new office (located in California) is simple: to help promote the brand and engage with the English-speaking community and fan base for Idea Factory games.

“We wanted to create a community for Idea Factory fans… a way to communicate directly with fans, and for fans in both North America and Europe to directly communicate with us,” Akenaga said. “I hope that they are able to enjoy the Idea Factory brand even more with our presence.” 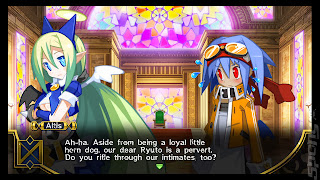 The immediate response to the news amongst fans of Japanese games was ‘this is bad news for NISA,’ but according to Akenaga, it is not the intention of Idea Factory International to localise its games itself. It’s a marketing resource, and as such it’s going to be a benefit for NISA and the other publishing and localisation partners moving forwards, Akenaga claimed.

“Idea Factory International is intended to be a source of information for all Idea Factory titles, meaning that we are not planning to release retail copies of our titles at this time. We’d love to continue to have supportive and cooperative relationships with third-party publishers,” he said.

So what does this new office mean for fans of Idea Factory’s unique and quite niche spin on game development? For a start, it means that we could start seeing more of its games localised. More than any other Japanese developer, Idea Factory localisations can seem like a matter of luck for fans. We get Mugen Souls, we miss out on Monster Monpiece. While I couldn’t get Akenaga to commit to a port of Monster Monpiece (“You must be a true fan of our titles! Thank you very much!” he said to me when I raised the question), it seems that part of his role will be to figure out the viability to bring more Idea Factory games to the west in the future. 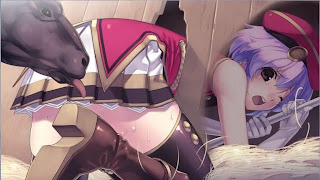 “Naturally, we’d like to listen to the voices of our North American and European fans, and take their opinions and suggestions under consideration,” Akenaga said. “The the IF brand is a very niche one, so I do not believe it will become a ‘major’ brand in America and Europe. However, we know that there are plenty of fans of niche Japanese titles in these regions. What we aim to do is reach out to and communicate with these fans, and create a stable market for Idea Factory brand titles.”

For fans of the company, it is certainly reassuring that Idea Factory is investing in overseas markets. And it wants to support the fans in terms of the content being localised; unfortunately Idea Factory’s content is often controversial in nature, containing sexualised content that risks the ire of the broader western market. Mugen Souls, for instance, contained interactive bath scenes that NISA decided to remove rather than risk having the game banned by the censors. Akenaga said he understands the fan’s irritation in the removed content, but unfortunately the company’s hands will be largely tied by the broader cultural context in which these games will be released, and it is possible that future Idea Factory titles will also have content removed. 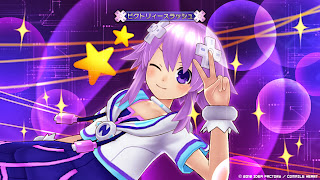 “This is a delicate matter to approach. Honestly, we wouldn’t like to do any modifications or ‘take out’ anything from our games,” Akenaga said. “I also understand that there are many fans who hope to have an uncensored/unmodified version of our titles. However, it is also true that each region of the world has a different level of acceptance and tolerance toward certain subject matter. Therefore, we will have to decide our baseline for these situations as Idea Factory International while considering ESRB/PEGI/USK rating standards.”

However, Idea Factory has supported other consoles in the past, and according to Akenaga, they will continue to do so where it makes sense in the future.

“Sony Computer Entertainment is very supportive of smaller developers, so we will continue to release titles on these consoles,” he said. “But at the same time, we would like to be more flexible about which consoles we release titles on to best suit the needs of fans and the market at large.”

Lightning Returns: Final Fantasy XIII-3; Getting hands on with Lightning