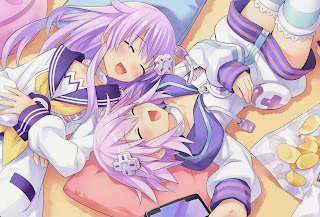 Idea Factory, that delightful Japanese developer behind the most otaku of otaku games, has gone international and opened an office in the US.

Many will best know Idea Factory for its subsidiary, Compile Heart, which has developed a small but committed following in the west. Idea Factory International, as the new office will be known as, has been opened to ‘focus on providing general and overall information regarding Idea Factory properties to NA and EU fans, as well as strengthening the Idea Factory brand around the globe.’

The office will be headed up be CEO, Harusato Akenaga, and a press release doesn’t really contain any more information. It does mean, we assume, that Idea Factory will no longer operate through its traditional localisation partners such as Nippon Ichi Software America and Ghostlight in Europe in publishing its games like Record of the Agarest War and Hyperdimension Neptunia in the west.

I have my fingers crossed that it also means that we’ll get a launch of some of the Idea Factory games that the third party publishers wouldn’t touch. Idea Factory has a robust dating game business, as well as truly oddball titles like card battler game, Monster Monpiece, that to date we’ve largely missed out on in the west.

Nintendo has done a Wii U update. The new features are good.