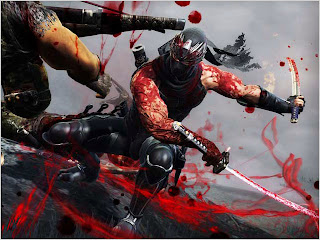 Yesterday, Australian industry body, iGEA, and Bond University, released the Digital Australia 2014 report. This report has been an annual release since 2005, and charts the demographics of people that play games within Australia, as well as their attitude towards games.

The full report can be found here, and it’s worth a look if you’re interested in statistics and the like; the author of the report, Dr. Jeff Brand, claimed that the demographics in Australia are similar to those throughout the world.

However, one statistic in particular stuck out for me; the greatest concern that parents have with regards to their children and games is violence. Not drug use, not sex (though that’s certainly up there), but violence.

This immediately suggested to me that there’s a disconnect in terms of what games makers are providing, and the community attitudes towards games. Think of any big-budget blockbuster game that’s out there right now; Call of Duty, Battlefield, Assassin’s Creed and Grand Theft Auto. Combined, these games dominate the games community mindset, and certainly in terms of both development and marketing budgets, these are the games that receiving the lion’s share of investment.

These games are all extremely violent. In fact, for three of them violence is the core mechanic to the experience, and for the other one (GTA), the violence is supplemented by rampant drug and sex references.

These games are in the minority of games that are made. In fact, most games (83 per cent) are released with a rating of G, PG or M – in other words are considered OK for almost anyone to play. But these games are the ones that break the sales records, get the massive marketing budgets, and cost hundreds of millions to make in some cases.

In other words; the games industry has a love affair with hyperviolent content and puts its greatest energy into the minority of games that offer that kind of experience. Indeed, all modern entertainment media has a love affair with adult storylines and violence. “I don’t know if the money is following the interest or the interest is following the money,” iGEA CEO, Ron Curry, said to me. “There’s adult narrative tends to have a series of violence in it, largely. Is it because it’s a male dominated activity? Perhaps it is.”

While some 47 per cent of women play games, and while the most rapidly growing group of gamers are the 40-50 year old demographic, the money in the games industry remains tightly concentrated in the “core” gaming experiences designed to appeal to a premoninantly young adult market. The more casual games, or the “edutainment” titles that the data suggests the older demographics prefer might make a lot of money, but don’t feature the same level of investment from the publishers.

“Different games get marketed in different ways. Perhaps the games that are more family focused or more focused on the female demographic are getting advertised where those people are,” Curry said. In other words if you turn on a child’s cartoon, the advertising that you’ll see there for games will be different to the advertising on the gaming websites, where the audience is predominantly 16-30 year old males.

There’s nothing wrong with all of this, necessarily. The hyperviolent games are getting R18+ ratings, after all, and it’s great that the publishers are catering to the most dedicated gamers that will visit gaming websites in their spare time.

Except there is a big problem with all this, just to be confusing. Despite their concerns over violent material, the hyperviolence of games has been normalised to the point where parents no longer even register that a game might be inappropriate for a child.

While this is anecdotal, I know a lot of people that have had similar anecdotal experiences; every time I walk into a EB Games shop I see a parent buying a copy of GTA V for a well underage child, and the EB shop staff putting up the most token reminder that it’s not appropriate content for a child. At the recent EB World Expo I saw clearly underaged children lining up to play the likes of Battlefield and Call of Duty… and no one was telling them to get off the line.

I’m in no way suggesting that these games need to be censored or banned, but an R18+ rating is fair for them and parents should be paying attention to the rating. Therein lies the problem – violence in entertainment is so normalised now that parents don’t actually think about it when buying entertainment for their children, even if they are worried about it.

Consider many modern Disney films – John Carter, Pirates of the Caribbean or The Lone Ranger, for instance. Watch them carefully and count how many deaths occur in those films. It’s bloodless, but it’s still violent. Media across the board, even that targeted at children, is violent, and within that environment it becomes impossible to assess the sensitivity of the material; everyone has been desensitised.

Likewise, because game characters aren’t real people and there’s a certain degree of abstraction parents seem to gloss over the reality that they are often very violent games. For whatever reason the Classification Board in Australia is happy to come down on games with sexualised content or drug use like a tonne of bricks, but they largely allow violent material through without comment or criticism.